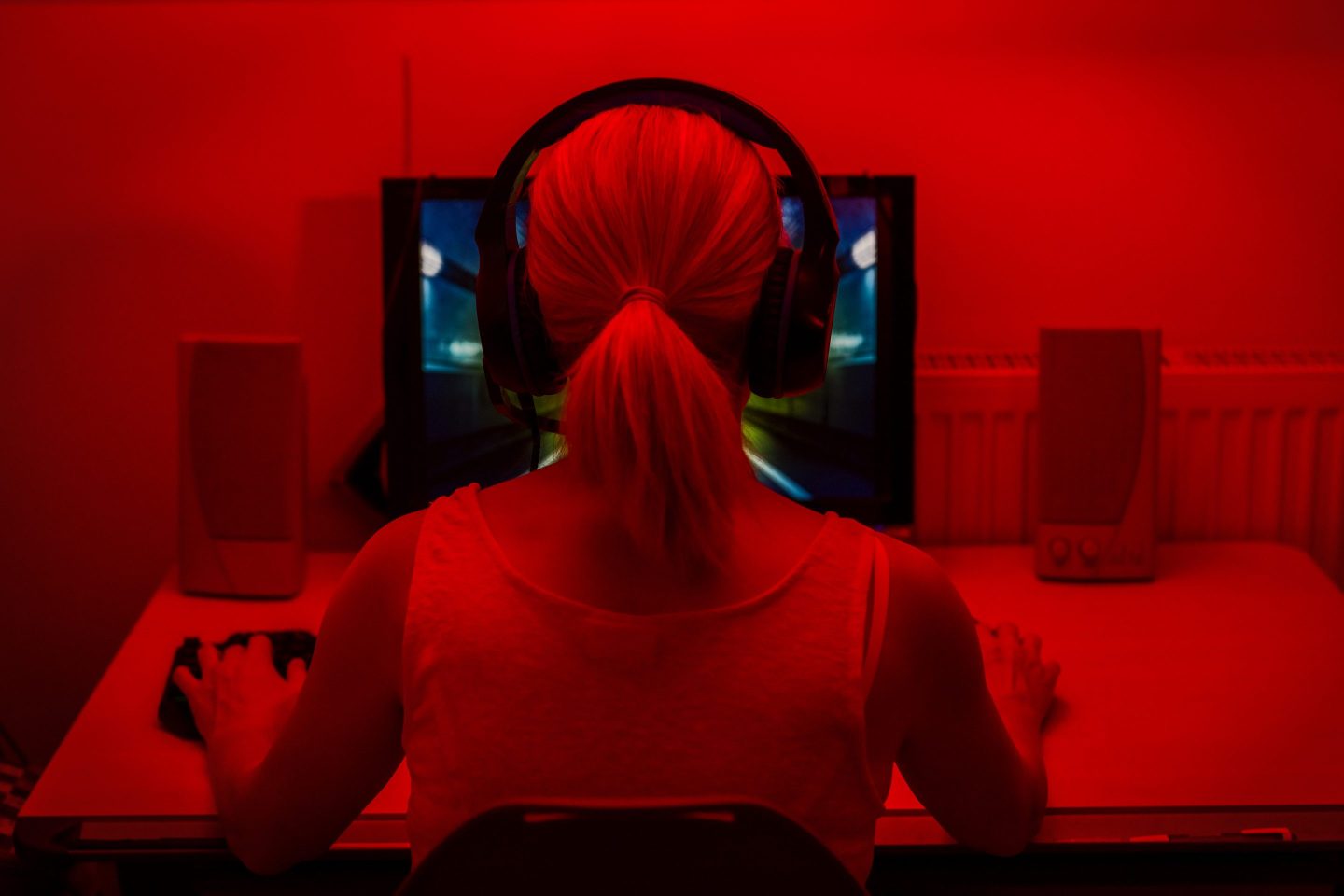 The latest boom in the female companionship market is the growing desire for gameplay with e-girls.

E-girls—the “e” stands for electronic—are women who exist online, embody a cute, almost childlike style that draws inspiration from anime and cosplay cultures, and have stereotypically male interests like video games. While gaming has historically been seen as a boys’ club, women are profiting from the space like never before.

Female gamers who stream live plays can earn anywhere from minimum wage to six figures. In 2020, the top-earning female Twitch streamer, Imane Anys—whose gaming alias is Pokimane on Twitch—earned more than twice the annual salary of a plastic surgeon, raking in over $550,000, according to Statista.

Twitch is an online video streaming service where professional gamers can livestream their games and get paid for it by other users. On the platform, gamers can earn income from tips, fan donations, sponsorships, and subscriptions. And female gamers in particular are gaining notoriety as video game influencers.

And the potential for profit doesn’t stop strictly at video games. One infamous U.K.-based e-girl, Belle Delphine, successfully sold her bathwater to men online for $30 a jar and made over $10 million in 2019.

The million-dollar question is, Why are men willing to invest in e-girls?

When questioned on Reddit, some users justified the practice because of what the men can receive in return—an ongoing fantasy and a respite from their loneliness.

“Much of the appeal is in developing an idealized image of the person/relationship without any of the messy reality,” Reddit user ct06033 said. “Something like one step closer to a fantasy experience. It’s appealing to certain people who may not have the time or success finding a partner in real life. This gives an outlet.”

Some male critics are angered by what they perceive as the exploitative nature of e-girls—how these women can use their beauty, sexuality, or femininity to draw users to their Twitch or YouTube profiles to earn income.

While the upside of being a female gamer is that you can command fees in exchange for playing video games with others or allowing them to interact with you as you do solo-play, sexism and misogyny are still alive and well in the video game industry.

Being a woman with an online presence comes with implicit challenges such as harassment. A whopping 33% of women under 35 say they’ve been sexually harassed online, citing a 2021 Pew Research Center study. And when it comes to e-girls, the online harassment and sexualization is nearly constant, to the point that some of these women fear retribution or stalking in real life and obscure their identities.

Some male critics feel so strongly that female gamers should not capitalize on their attractiveness to earn income from their gameplay that they send death and rape threats to e-girls. And in 2019, a famous 17-year-old e-girl, Bianca Devins, was brutally murdered to the horror of her fans, friends, and family.

Ultimately, being an e-girl is multifaceted. It’s an aesthetic, a career path, and a growing community in a previously male dominated space. Women who enter this subculture can have unfathomable profitability but also challenges around personal safety, and vigilance is a must.