Is the war in Ukraine entering a new phase? Some experts think so 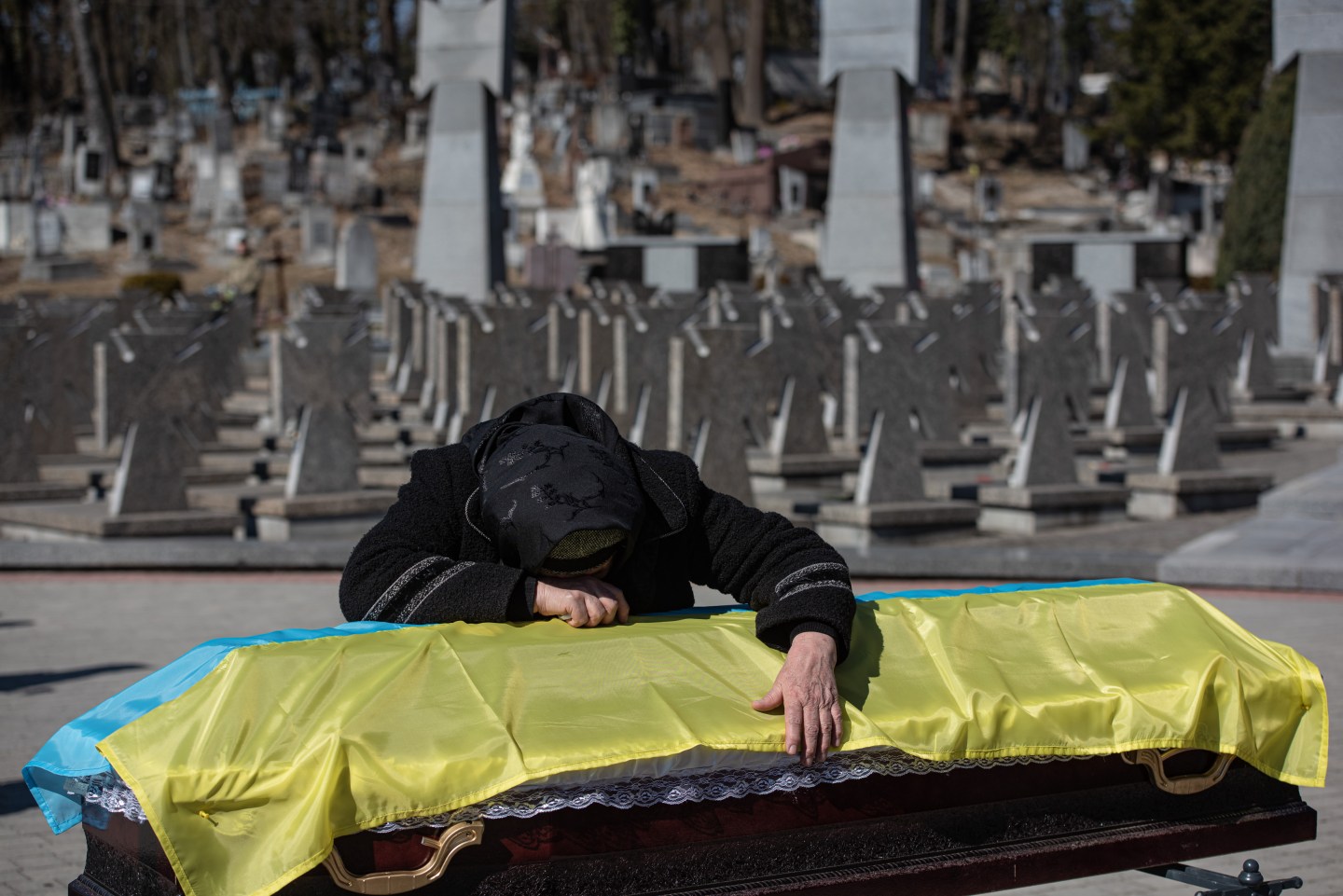 The mother of Ukrainian officer Ivan Skrypnyk cries over the coffin with the body of her son, during the funeral ceremony on March 17 in Lviv, Ukraine. The soldier died in Sunday's airstrike on the nearby International Center for Peacekeeping and Security at the Yavoriv military complex. The barrage of Russian missiles killed 35 and wounded scores. The site, west of Lviv in the town of Starychi, is mere miles from Ukraine's border with Poland.
Photo by Alexey Furman—Getty Images

The comment—made by Chief of Defense Intelligence Lt. Gen. Jim Hockenhull, as reported by the Associated Press—was made in response to Russia’s failure to take major Ukrainian cities during the first three weeks of war.

His sentiment was echoed Sunday by U.S. Defense Secretary Lloyd Austin, who told CBS’ “Face the Nation” that Putin is targeting civilian establishments like schools and shelters because “his campaign has stalled.”

Russian forces “continue to make limited advances in some parts of the [Ukrainian] theater but are very unlikely to be able to seize their objectives in this way,” according to a Russian offensive campaign assessment issued Saturday by the nonpartisan, nonprofit Institute for the Study of War, on which retired Army Gen. David Petraeus sits.

The initial phase of the Russians’ campaign has ended, with Ukrainian forces defeating the Russians in the war’s initial campaign, the assessment found.

“The doctrinally sound Russian response to this situation would be to end this campaign, accept a possibly lengthy operational pause, develop the plan for a new campaign, build up resources for that new campaign, and launch it when the resources and other conditions are ready. The Russian military has not yet adopted this approach,” the assessment stated. ” It is instead continuing to feed small collections of reinforcements into an ongoing effort to keep the current campaign alive.

“We assess that that effort will fail.”

With the first phase of the war over, “conditions of stalemate throughout most of Ukraine” are emerging, according to the assessment, adding that “stalemate will likely be very violent and bloody, especially if it protracts,” and that “stalemate is not armistice or ceasefire.”

“It is a condition in war in which each side conducts offensive operations that do not fundamentally alter the situation. Those operations can be very damaging and cause enormous casualties.”

The assessments come as fears of the Russians turning to use of chemical weapons out of desperation continue to rise.