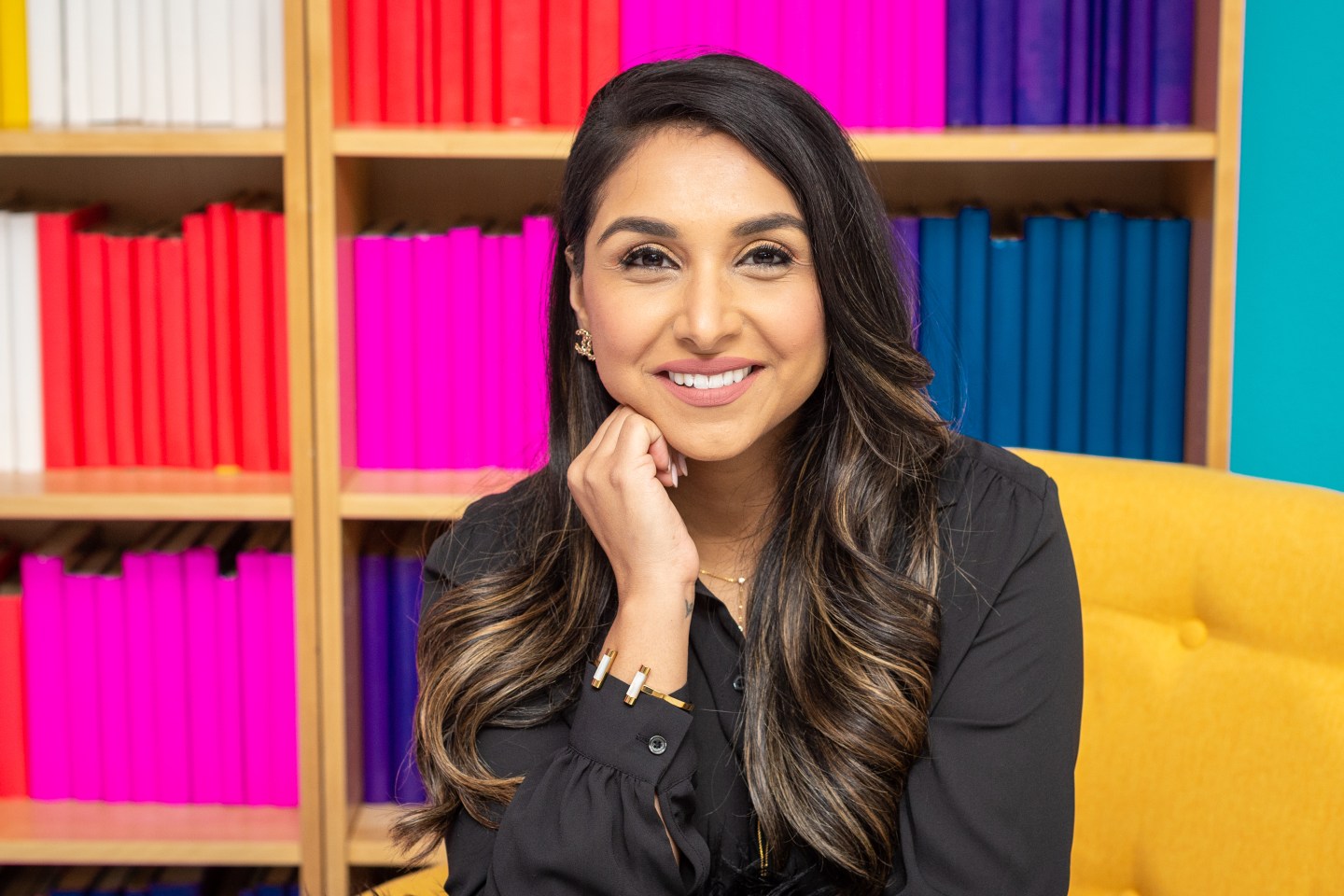 Good morning, Broadsheet readers! Anti-feminist backlash is a factor in South Korea’s presidential election, the trial over the attempted kidnapping of Gov. Gretchen Whitmer gets underway, and a new female-founded fintech unicorn hits the scene. Have a wonderful Wednesday.

– Unicorn alert. The fintech industry welcomed a new unicorn yesterday after the Orlando, Florida-based payments company Stax announced a $245 million series D round, valuing the business at more than $1 billion.

Cofounded by CEO Suneera Madhani and her brother Sal Rehmetullah in 2014, Stax is a subscriptions-based payments processor that charges merchants a flat subscription fee rather than a percentage on sales for both in-person and digital transactions. Over the past eight years, the 300-person company has processed $23 billion in payments for more than 20,000 customers across retail, professional services, and health care. With its new valuation—backed by investors Greater Sum Ventures, HarbourVest Partners, and Blue Star Innovation—Stax plans to go “head-to-head” with Stripe (like many fintech rivals promise to do).

Madhani, wearing a “Girls can do anything” t-shirt, talked to me over Zoom yesterday after her funding announcement. Here are some edited excerpts from our conversation:

What spurred your decision to launch a payments company?

I launched the company out of my parents’ home at the age of 26, with no money in my bank account. I was in the payments industry—selling payment terminals out of the trunk of my Volkswagen Beetle. As a millennial, seeing what I wanted from apps, I had this aha moment. Why wasn’t there a flat subscription fee in payments instead of all the fees and nickel-and-diming?

What does this valuation milestone mean for the business?

The concept of unicorn status as a benchmark in tech—it’s a boys’ club for all the wrong reasons. It’s amazing that we have validation for the company, but as a woman, sometimes you don’t know this is even possible. I didn’t even know I could go build a $100 million business, or to say, ‘I don’t want a $100 million business, I want a billion-dollar business.’

How was the fundraising experience? How did investors respond to Stax?

The first check is always the hardest. The hardest round I did was the first seed round. It was not easy out of Orlando, Florida, being a woman of color, and [during an earlier round] I was pregnant while fundraising. I didn’t go to CEO school. I don’t have an MBA. I didn’t have the background.

But it doesn’t get easier with time. It just becomes a different experience because the stakes are higher, right? It was incredible, finally at the table, to have other people now be the ones saying why they should invest.

What’s next for Stax?

There isn’t anyone with an omnichannel platform like ours. We believe we are industry-leading. Everybody’s thinking about payments, and owning that ecosystem and that user experience within their platform. We want to be that payment stack in that architecture for software companies who need omnichannel payments. We’re just getting started and we’re taking on Stripe head-to-head.

🚨 SXSW alert: I’m heading to Austin, Texas next week for a panel on how to support working women during the pandemic. Will you be at SXSW? Shoot me a note if you’d like to meet—and stop by our session with leaders from Color of Change, SEIU, and JUST Capital on Tuesday, March 15!

- Travel plans. UN high commissioner for human rights Michelle Bachelet is set to visit China and examine conditions in Xinjiang. After years of negotiations, Bachelet announced that Beijing is allowing her to move forward with the first visit from an official in her position in almost two decades. New York Times

- Election season. South Koreans are voting for a new president on Wednesday. The country's fight for gender equality—and a growing anti-feminist backlash—is affecting the election, in which conservative candidate Yoon Suk-yeol is popular with men and liberal contender Lee Jae-myung tried a last-minute appeal to women. So far the candidates are less than a percentage point apart. Washington Post

- Sports story. It's been days since news broke that WNBA star Brittney Griner was in Russian custody, and weeks since her imprisonment. So why isn't Griner's detention the biggest story in sports? After all, Griner was, by basketball metrics, the second-best player in the league last year and its best offensive player. New York Magazine

- Anti-activist. Fortune's Phil Wahba dives into the situation at Kohl's, where CEO Michelle Gass is trying to ward off an activist investor. Gass is doubling down on her turnaround plan, which includes opening stores in markets traditionally too small for the retailer and going all in on a partnership with Sephora. Fortune

- Overdue apology. Scottish First Minister Nicola Sturgeon issued an apology for witch hunts that took place in Scotland between the fifteenth and eighteenth centuries. She responded to a petition asking for pardons for thousands of people convicted and executed under the Witchcraft Act of 1563, calling those accusations the result of "deep misogyny." Guardian

- Jury pool. The trial of four men charged with plotting to kidnap Michigan Gov. Gretchen Whitmer began with jury selection on Tuesday. The judge on the case told potential jurors to put aside their feelings about Whitmer and her pandemic response—the element that so angered the men who aimed to kidnap her. Detroit Free Press

- The key to Athleta. Gap Inc. says Athleta should reach $2 billion in sales by 2024, which would be almost double its 2020 revenue. Athleta CEO Mary Beth Laughton is leaning into celebrity marketing as part of her strategy to get there. The brand started with Olympians Allyson Felix and Simone Biles, and is now debuting a line with singer Alicia Keys. Bloomberg

Cooking as family therapy The Cut

The rise of Canva, the $40 billion design juggernaut Fast Company

"No two countries run by women would ever go to war."

-Sheryl Sandberg, offering her take on Russia's invasion of Ukraine.