Ukrainian refugees could be housed in seized Russian oligarch mansions 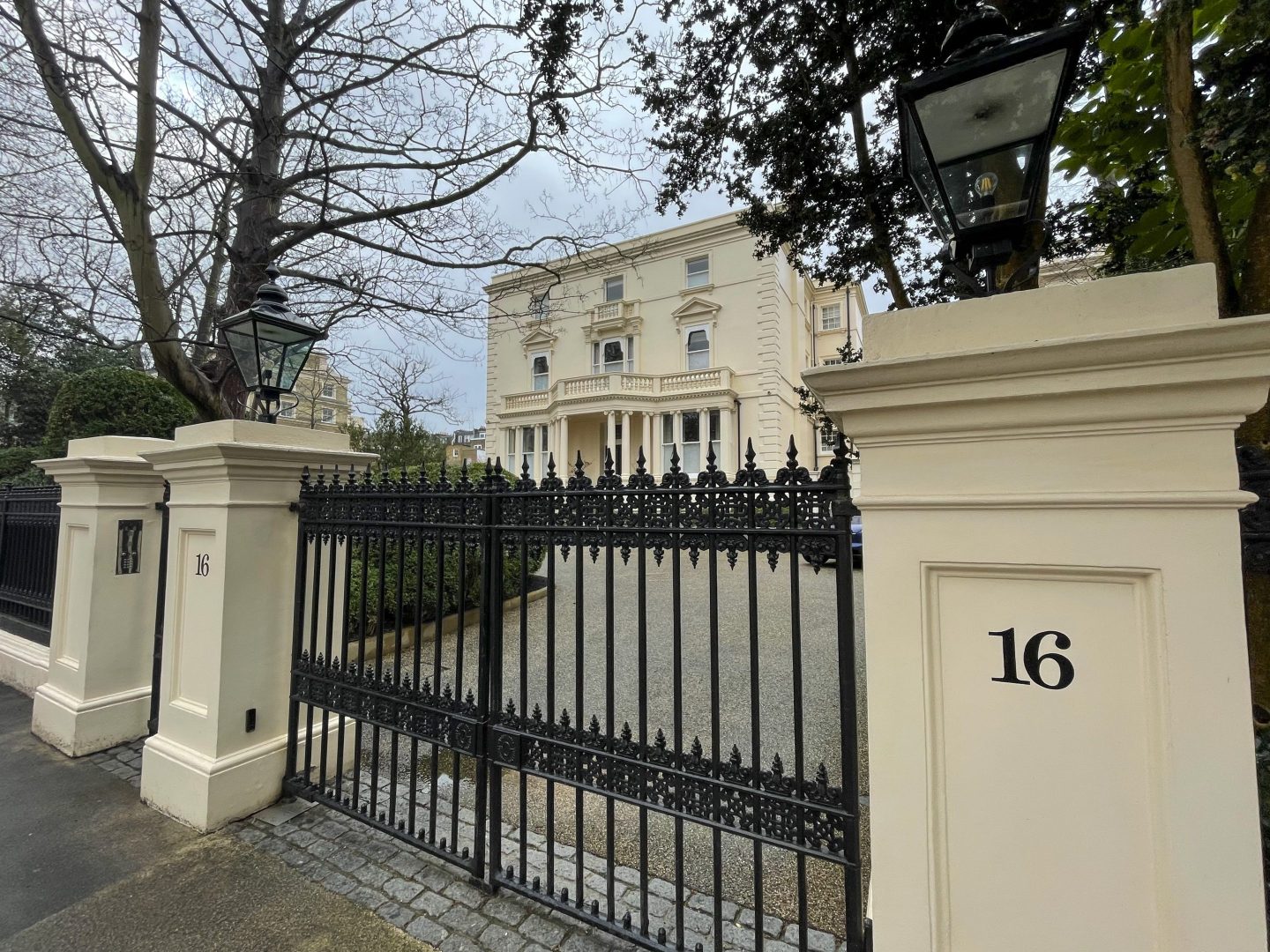 The most prominent oligarch mansion in London isn’t even under sanction: the house of Roman Abramovich.
Hollie Adams—Bloomberg/Getty Images

Among the million-plus exhausted, terrified Ukrainians who have fled the country since the war erupted on Feb. 24, a lucky few could soon be living in spectacular luxury: in the seized homes of Russian oligarchs.

That idea was floated on Wednesday by Britain’s opposition Liberal Democratic Party, after years in which the U.K. government has stalled on reining in the flood of oligarch money.

Among their investments outside Russia are multimillion-dollar mansions and apartments, many of which are uninhabited. “Much of this property is currently sitting empty,” the Liberal Democratic spokesman said in a letter to the U.K. government. “It’s time to freeze these assets and put them to good use, by temporarily housing Ukrainian refugees escaping this terrible war.”

U.K. cabinet minister Michael Gove is drafting plans to seize the properties of Russian oligarchs with close ties to President Vladimir Putin, without compensation, according to the Financial Times on Thursday. But government attorneys fear that seizing oligarchs’ houses—even though they are abandoned—could violate British property laws.

Even so, the idea signals the mounting fury among politicians and regular citizens, over how President Vladimir Putin’s close-knit circle of oligarchs have been able to park their billions in the U.K., Europe, and the U.S. for years, no questions asked, by purchasing homes, artwork, superyachts, and other high-priced assets.

Oligarch money flooded out of Russia after that economy collapsed in 1998, when billionaires, who had grown hugely rich thanks to their close ties to the Kremlin, scrambled to shelter their cash.

London is a favored location, with a well-run financial sector, hundreds of wealth managers, and plenty of priceless assets to buy, including mansions in areas like the “billionaires row” of Bishops Avenue in Hampstead, many of which sit abandoned.

Until Russian tanks rolled into Ukraine, however, there had been little motivation to rein in the dark funds.

“The U.K. has welcomed this money,” says Tom Keatinge, director of the Centre for Financial Crime and Security Studies at the Royal United Services Institute in London. “Repeated governments have created an environment for money with questionable provenance to come into the country and be invested,” he told Fortune on Thursday.

Having secured their money outside Russia, oligarchs then found ways to rebrand their image in the U.K.

“You have private schools and universities that are globally famous that you can support, in order to launder your reputation,” Keatinge says. Oxford University opened the Blavatnik School of Government in 2015, using a $100 million donation from billionaire Leonard Blavatnik, who made giant fortunes buying state-run assets, after the Soviet Union collapsed in 1989; he is now the richest person in Britain, and was knighted in 2017 for his philanthropy.

Those battling President Vladimir Putin express outrage that his associates have so easily stashed their riches in Western countries. “Are all these mansions seized?” Ukraine’s anti-corruption campaigner Daria Kaleniuk shouted angrily at British Prime Minister Boris Johnson, during a press conference on Wednesday. “I don’t see that.”

Kaleniuk told Fortune on Thursday that the U.K. government has dragged its feet for years in confronting Russian oligarchs, for fear of doing battle with the oligarchs’ “army of lawyers.”

“We were talking about the need to freeze assets for a long time,” she said in an email. “It could have prevented the war if it was done in time.”

In fact, the war has drastically changed Western governments’ tolerance for the oligarchs’ money.

Funds could take ‘years to unpick’

On Wednesday U.S. Attorney General Merrick Garland announced a new investigation called Task Force KleptoCapture to trace and seize Russian oligarch funds. And on Monday, Italian Prime Minister Mario Draghi—former head of the European Central Bank—proposed a new global register of people with more than 10 billion euros (about $11.2 billion) in assets. That could include about 20,000 people worldwide, according to the World Inequality Database.

But tracking the money of the world’s superrich will be a daunting task, for which the U.S., the U.K., and European governments are not equipped. Many of the oligarchs’ assets are registered in offshore tax havens through shell companies, rather than under their own names. And even if officials trace their true owners, it might be hard to prove they have broken any laws.

“While the names of Russian oligarchs and business figures with strong ties to the Kremlin are well known, linking these individuals with predicate crimes is fraught with difficulty,” three leading researchers on illegal finances wrote on the London School of Economics blog this week. “Oligarchs’ money can be transferred around the globe with ease.” Tracking their source, they say, could take “months or even years to unpick.”

By then, Ukraine’s refugees might need to have found places to live, other than the abandoned mansions owned by Russian oligarchs.