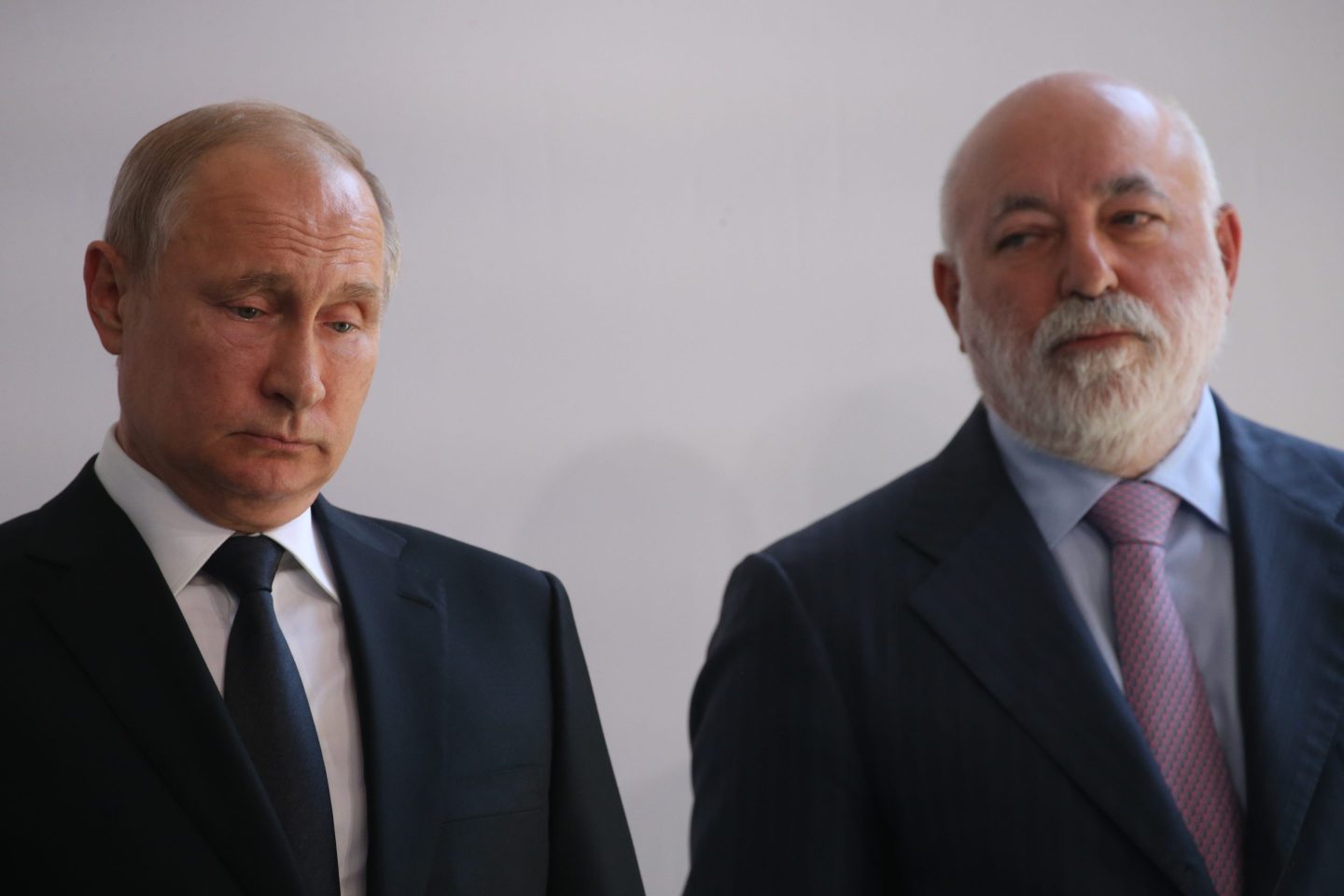 In the wake of President Biden’s announcement of unprecedented sanctions and restrictions on technology transfers to Russia, academic institutions have scrambled to terminate questionable foreign partnerships that should have been ended long ago.

For several years, the first author of this essay has been researching and writing about the dangers of these partnerships. The brutal invasion of Ukraine by Russia last week prompted him to reach out to leaders at MIT about their partnerships with Russian institutions. He posed questions in writing to MIT president Rafael Reif, associate provost Richard Lester, and other senior MIT administrators about the propriety and wisdom of MIT’s relationships with Russian institutions, especially since MIT’s collaboration with Russian institutions includes sensitive domains of national security. Moreover, there has been no public acknowledgement by MIT of hundreds of millions of dollars of opaque payments the institution is reported to have received from Russia for engaging in these collaborations.

In response to these questions, a senior MIT administrator responded that the university’s leaders share a “profound commitment to protecting the interests of the United States in both security and competitiveness” and that before any project is awarded funding, “MIT carefully reviews it not only for compliance with U.S. law but to ensure that none of the research raises any other security concerns.” A little more than 24 hours after this response, Reif sent a note to the academic council and all department chairs announcing that MIT was shuttering its massive technology projects in partnership with Vladimir Putin cronies, and the university issued a disingenuous and sanctimonious announcement about the move.

Did it take a brutal, murderous invasion of Ukraine for MIT to see this alliance with global pariahs as damaging? Clearly this was too little too late. Academic collaborations remain uniquely vulnerable to foreign exploitation and theft of strategically vulnerable technology by adversaries looking to circumvent U.S. sanctions in sensitive areas of emerging technology and national defense.

This vulnerability to innocent abuse is not unique to MIT. Prior to Russia’s invasion of Ukraine, most scrutiny of academic vulnerability to our adversaries has focused on Chinese efforts to steal American information and technology. As FBI Director Christopher Wray warned in congressional testimony, China relies on nontraditional intelligence collection in academic environments through its Thousand Talents program and Confucius Institutes, CCP-sponsored educational collaborations that operate on more than 100 university campuses in the U.S.

Though prosecutors have secured some scattered guilty pleas, from professors at Harvard and Emory, efforts to crack down on Chinese technology theft through the Department of Justice’s just-ended China Initiative have been widely panned by critics for purported overreach, imperfect design, and overt racism. Meanwhile, little scrutiny has been directed toward other foreign adversaries. Because academic researchers have always embraced cross-border partnerships, and because open collaboration by global researchers has made vast contributions to scholarship and cultural understanding, DOJ’s botched execution has provoked impassioned outcries across college campuses that academic freedom is under assault.

Putin’s assault on Ukraine has forced a rude awakening on campuses, as academic leaders, caught off guard, come to the belated realization that the new paradigm of global competition calls for serious consideration of the national interest—but with no clear sense of the next steps that must be taken.

In this MIT example, even after Putin’s invasion, senior MIT officials fiercely defended its longtime partnership with Russia’s Skolkovo Foundation and with Skoltech. Skoltech, a Potemkin village of a quasi-university based outside Moscow, is a pet project of Putin crony Dmitry Medvedev, led by Putin-backed oligarchs such as Viktor Vekselberg who have been under sanction by the U.S. for malign acts against the government for over five years.

In fact, Vekselberg was an MIT board member until the first author raised the concern that he topped the list of sanctioned oligarchs to MIT’s board in April 2018. He was promptly removed without public notice—yet MIT’s lucrative partnership with Vekselberg’s Skoltech was renewed.

The financial details of the MIT-Skoltech agreement are murky, but apparently MIT reaped a windfall.

Despite its claim of openness, MIT has provided little transparency about the $300 million MIT was reportedly paid for its participation, according to Vekselberg himself; or the $200 million that was contributed by the Russian government directly (according to Michael McFaul, former U.S. ambassador to Russia); or subsequent installments of over $50 million labeled security risks by the U.S. federal government.

Up until MIT’s hasty Friday night suspension, the MIT-Skoltech collaboration focused on research in areas widely considered as sensitive fields with military implications, including artificial intelligence, quantum computing, semiconductor manufacturing, mRNA, genomic technology, cryptocurrency, and advanced manufacturing. Skoltech’s annual reports boast that Skoltech researchers commercialized research in A.I., genomics, and 5G with companies on the U.S. sanctions list for nonproliferation violations such as Huawei and Gazprom. Although Skoltech officials claimed they could separate pure research from weaponized national security concerns, even MIT faculty confided to us that “the lines are blurred,” both before and after Putin’s invasion.

The lessons are clear from MIT’s fiasco.

First, there should be cleaner reporting of foreign funding as well as interactions with foreign individuals who are under U.S. sanctions. Obfuscation or intentionally muddy, vague foreign funding of academic institutions, estimated by the Department of Education to run in the billions, raises serious questions about the governance and incentives of certain academic programs, and existing disclosure systems offer too many gray areas that can be exploited to circumvent U.S. sanctions.

Second, sharper guidelines are desperately needed. There are domains in which international competition has become increasingly intense, especially in emergent technologies with massive economic and national security implications. University leaders must set guardrails around cross-border collaborations, with clear red lines around areas off-limits.

Third, academic leaders should continue to encourage and nurture global research collaboration, but with clear-eyed attention to national security threats. Even amidst the darkest days of the Cold War, there were areas of intense cooperation between researchers in the U.S. and the Soviet Union, in fields such as arms control, agricultural productivity, and global public health, such as the famed campaign to eradicate polio. Today, continued collaboration in those areas in addition to global climate change and nonsensitive technologies can play a crucial role in forging common bonds and solving global challenges.

Considering that the federal government remains the largest funder of academic R&D by far, contributing $50 billion annually, well over half of all funds spent by higher education institutions each year, even the appearance of taxpayer dollars subsidizing research exploited by foreign adversaries is highly troubling. MIT, as a land-grant university established under the Morrill Land Grant College Act of 1862, receives funding to serve an elevated U.S. public service mission.

Now that Putin’s invasion has catalyzed a long-overdue reckoning on academic campuses, we must make sure the same mistakes are not repeated again.

The recurrent lesson of Voltaire’s 1759 classic satire Candide in the face of the horrors of human suffering around the world was not to put all our faith in salvation through science, technological advancement, and rational thought, as advocated by his character Professor Pangloss. In fact, the etymology of the name “Pangloss” was thought to have been derived from the Greek term “pan,” or “all,” and “glossa,” or “tongue,” implying garrulousness or windbaggery. The character was intended as a caustic caricature of German philosopher and mathematician G.W. Leibniz and his disciples. By contrast, Voltaire advised, “Il faut cultiver notre jardin,” or “We must cultivate our garden”—that is, we must clean up our own act first. Academicians often have much to say about the societal impact of leaders in other sectors, but academia cannot escape self-examination.

Anjani Jain is deputy dean of academic programs and professor in the practice of management at the Yale School of Management.