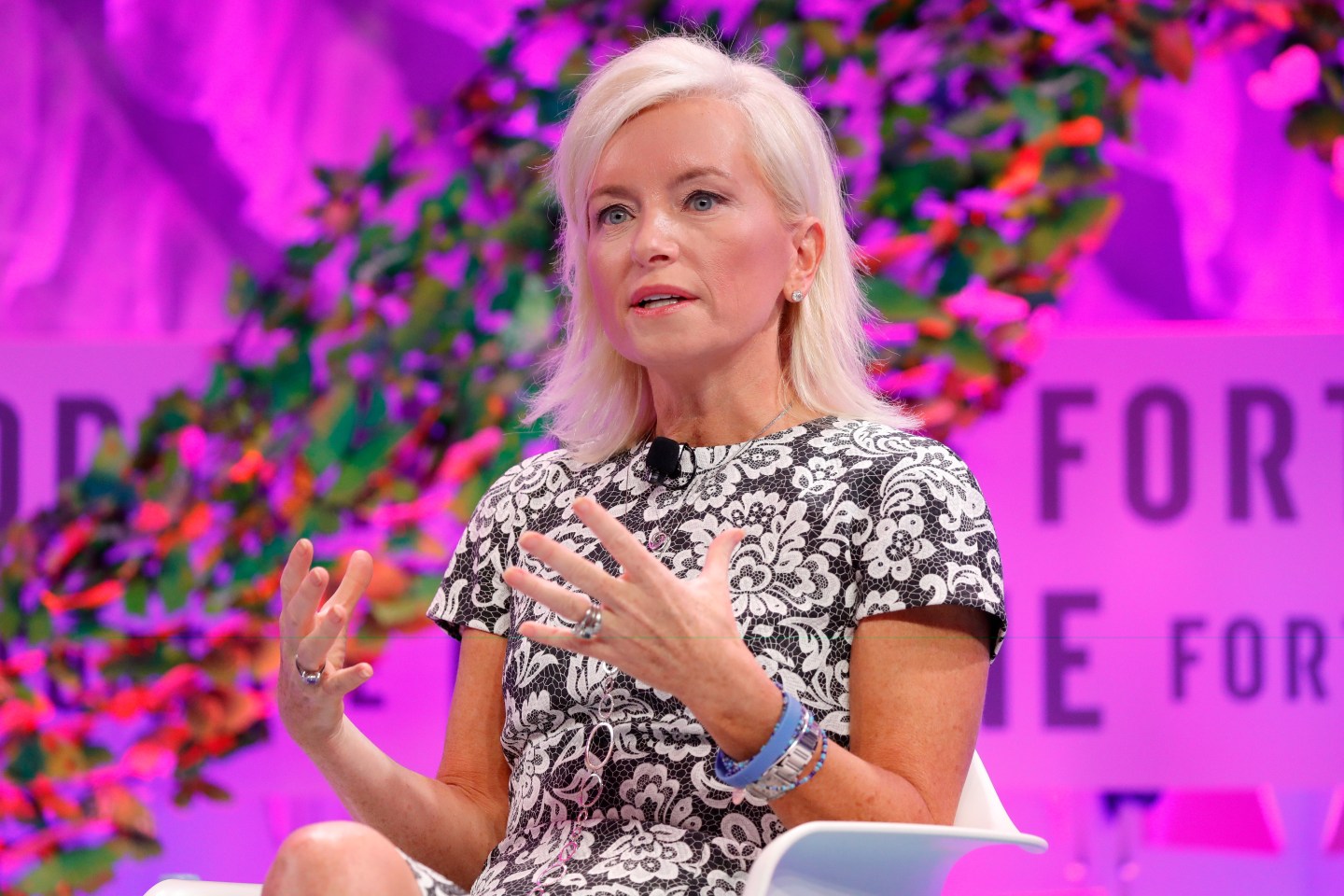 Instacart’s messy 2021 is getting messier.

Carolyn Everson, the former Facebook executive who became Instacart’s president in September, is leaving the grocery-delivery unicorn startup at the end of this month, she announced Friday. Her brief tenure marks yet another big leadership upheaval at the highly-valued but troubled company—and an abrupt departure under her longtime friend and former Facebook colleague, Instacart CEO Fidji Simo. It also follows another high-level exit: advertising chief Seth Dallaire left for Walmart in October.

“Fidji and I have been friends for over 10 years and our relationship is grounded in respect and trust,” Everson said in a Facebook post on Friday. “We both agreed that this was the best decision for the company and for me personally.”

Simo, the former head of Facebook’s flagship app, became Instacart CEO in August. Two days later, in her first public move as CEO, she announced that she had hired Everson, Facebook’s former global ad chief. In her new role, Instacart said at the time, Everson would oversee a vast portfolio including Instacart’s retail, business development, and advertising operations, as well as its teams devoted to people, policy and government affairs, legal, partnerships, Instacart Pickup, and care.

Simo convinced Everson to join her senior executive team at Instacart by asking “‘How do I make this amazing for you? What is important to you?'” Everson told me in September, adding that Simo “just wants to make this work for me as a human being.”

But both Simo and Everson joined Instacart’s C-suite amid an unusual amount of leadership chaos and underlying business challenges, as I reported in an October feature for Fortune. Simo became CEO while her predecessor, founder Apoorva Mehta, was quietly trying to sell Instacart to its larger rival, DoorDash. The grocery-delivery company was privately valued by investors at $39 billion earlier this year, making it the third most valuable U.S. startup. But it has struggled with slowing growth and increasing delivery competition since the depths of the pandemic, when consumer fears about shopping in person sent Instacart’s sales soaring. Meanwhile, some of Instacart’s 500,000-plus contract-worker “shoppers” have walked off the job and publicly criticized the company, and Simo, over its working conditions and pay.

After taking over Instacart, and seeing out Mehta’s merger talks, Simo told me this fall that the company was no longer looking for a buyer: “We are very, very excited about running an independent company for the long run, and we have no intention to merge,” she said in mid-September. But Instacart’s efforts to go public have been delayed until next year or later, tech-news site The Information reported last month. (An Instacart spokesperson declined to comment.)

In a written statement provided to Fortune, Simo also called Everson’s departure “a mutual decision, and not one that we took lightly.”

“We believe it’s the right decision for both the company and Carolyn based on our priorities and the role she was looking for at this point in her career,” Simo said, adding that Everson “leaves as a friend to the company.”

In a written statement and her Facebook post, Everson said she is planning to take another break after leaving Instacart at the end of the year, “to dream up what’s next.”