Activision’s scandal-plagued CEO still has his Coca-Cola board seat. But will he keep it? 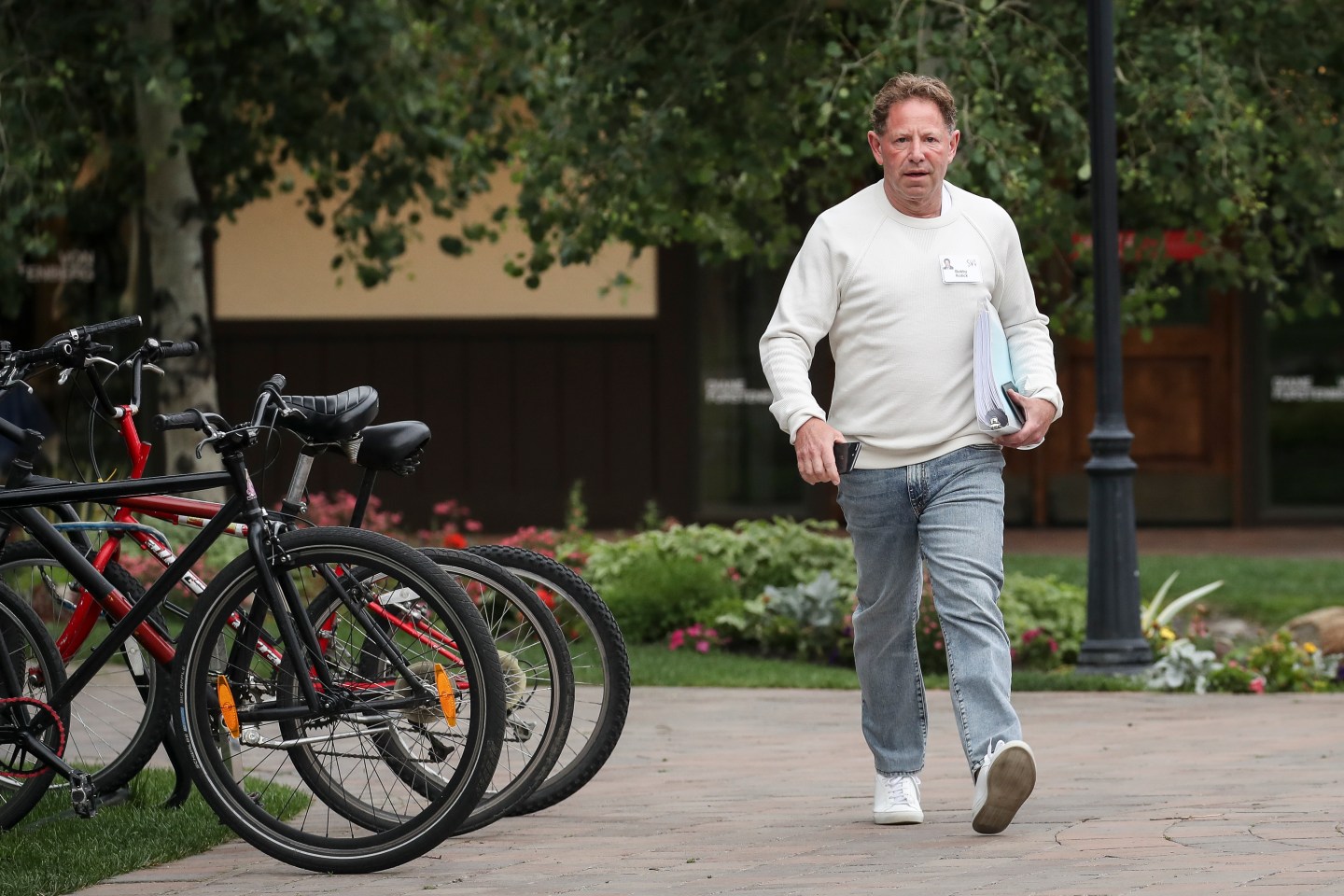 Good morning, Broadsheet readers! Letitia James is out of New York governor’s race, women scientists blow the whistle on harassment, and Activision’s CEO still has his job—and his outside board seat. Have a festive weekend.

– Saving his seat? Back in November, we wrote about a bombshell report from the Wall Street Journal that Bobby Kotick, CEO of Activision Blizzard, had allegedly known for years about accusations of misconduct at his company. The charges, as you might remember, were serious: they included claims that a woman was repeatedly raped by her male supervisor while HR ignored her attempts to report the situation, and a different woman who killed herself after sensitive photos of her were allegedly shared at a company party. What’s more, the WSJ reporting found that Kotick had actively withheld this information from the company’s board. (A company spokesperson told the Journal the CEO “would not have been informed of every report of misconduct at every Activision Blizzard company, nor would he reasonably be expected to have been updated on all personnel issues,” and the paper says, “Kotick described himself as transparent with the board” in a recent interview.) If you can tolerate more on this grim story, read the full WSJ report here and our Broadsheet coverage of the situation here.

Today, almost a month later, Kotick still has his job. What’s more, he has also retained his only outside board seat, on the Coca-Cola board of directors. Now, the SOC Investment Group, an investment group that works with union pension funds and reportedly manages more than $250 billion in assets, is demanding that Coca-Cola remove Kotick from its board. (The group has also called for him to step down as CEO of Activision; SOC says it owns about 3 million shares in each company.)

SOC says it’s focusing on Coca-Cola because the company has made repeated public pledges to support diversity and inclusion, as well as social justice. The investment group is asking that the beverage giant not renominate Kotick to the board next year. Coca-Cola hasn’t commented, but SOC says that if the company keeps Kotick, it will oppose not just the Activision CEO, but all other directors as well.

A little light digging reveals that one of Kotick’s committee assignments on the Coca-Cola board is “directors and governance,” which is rather ironic, given the allegations that Kotick has a longstanding practice of hiding things from his own directors. Board seats are a source of influence and compensation for executives. Over the course of his service on the board, Coca-Cola has paid him a total of $2.3 million dollars, according to S&P Global—which is, to be fair, chump change for someone whose 2020 CEO pay package was valued at $154 million. Meanwhile, corporate boards remain, as a whole, overwhelmingly white and male, in part because executives of that description settle into those seats and never seem to leave. (Kotick has been on the Coca-Cola board since 2012.)

How will Coca-Cola react? Companies rarely take kindly to being told who they can or can’t put on their boards, but it’s hard to see how this doesn’t become a PR hassle for the beverage giant. There may well be customers, employees, or even other board members (the Coca-Cola board is studded with well-known business people, including Banco Santander’s Ana Botín and IAC/InterActiveCorp’s Barry Diller) who don’t take kindly to Kotick’s continued involvement. Perhaps SOC’s decision to issue a public ultimatum will prompt others to do the same.

- Shaking up the race. Letitia James suspended her campaign for New York governor yesterday, saying she decided she had more work to do as the state's attorney general; she will run for reelection to that role instead. James was seen as the most significant potential challenger to Gov. Kathy Hochul as she runs in her first election for the position she inherited from ex-Gov. Andrew Cuomo. Politico

- Check, please. The next—and potentially last—child tax credit payment slotted to hit parents' bank accounts is scheduled to roll out on Dec. 15. If Congress doesn't come to an agreement to keep the program alive, that would be the last such payment caregivers get. Fortune

- Tropical nightmare. The Smithsonian’s Tropical Research Institute, on Barro Colorado Island in the Panama Canal, is a sought-after destination for scientists. But 16 female scientists say the institute—the Smithsonian's only facility outside the U.S.—supported an environment where sexual misconduct flourished. "We are sorry if anyone has experienced harassment at STRI and are grateful for those who have come forward to tell us of their experiences," the institute's director said in a statement. BuzzFeed

- A buzzy union. Young women workers have been a driving force behind a unionization effort at upstate New York Starbucks locations, as Fortune reported last month. Starbucks workers at a Buffalo store voted yesterday to form the first-ever union at the company. The National Labor Relations Board is still counting votes at two other stores. Fortune

- Mental health risks. Erica Johnson, the cofounder of Modern Health whose departure from the company and cofounder breakup was detailed in an Information story this week, argues that mental health startups need greater oversight. "Without outside oversight, some companies will take shortcuts. I saw the risks and dangers of this at the company I co-founded," she writes. "Some startups seem willing to risk patient safety and provide inadequate care in hopes of getting rich quick." STAT News

- Just getting started. In a new interview, Jennifer Aniston discusses how speculation about her personal life affected her career, her desire to be an actress that certain auteur directors consider, whether she would ever build a $900 million media business like her Morning Show costar Reese Witherspoon. ("That’s too much work.") "I’m just getting started," she says. The Hollywood Reporter

They ran. They lost. Now what? Teen Vogue

What a Bollywood megastar means for women in India Bloomberg

Progress for Saudi women is uneven, despite cultural changes and more jobs NYT

"It’s very easy to control women by using guilt and shame, and I have no time for misplaced guilt and shame. The work I’ve done personally in the last decade has been learning to have a voice, and taking my voice seriously."

-Olivia Wilde on criticism of her personal life. The actor and director is on the January cover of Vogue, discussing her forthcoming film Don't Worry Darling.