Remote work was supposed to be the great equalizer. The reality? Not so much 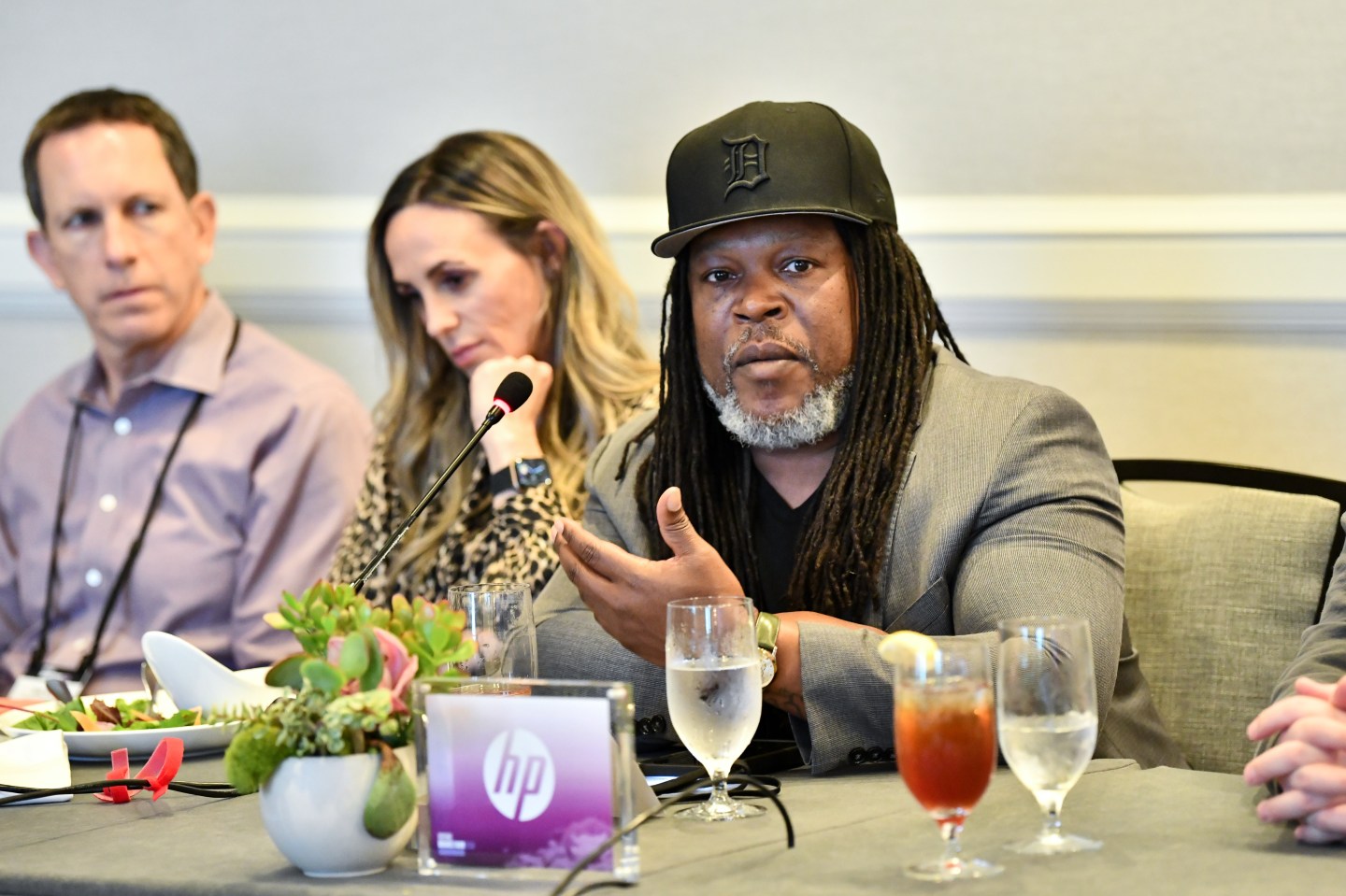 TripActions’ Shaka Senghor says we might be in the same storm, but we’re not all on the same boat.
Stuart Isett for Fortune

In September, Shaka Senghor, TripActions’ head of diversity, equity, and inclusion, had an anxiety attack.

“It was rooted in the reality that I’ve spent real time in isolation,” he said, speaking at Fortune’s Brainstorm Tech conference in Half Moon Bay, Calif., last week. He explained that he had spent 19 years in prison—seven of those in solitary confinement. And in that moment, around the fifth Zoom meeting of the day, he realized that “there were colleagues of mine who were extremely isolated who didn’t have the experience to navigate through it, and there was nothing technology could do to solve it.”

He said the episode made him more purposeful than ever in creating space to talk about how he and his colleagues are feeling in these isolated moments.

Technology also has not been the panacea in making remote work the great equalizer that some thought it would be during the pandemic. “We hear people say that we’re all in the same boat,” Senghor said. “My pushback to that is we’re not all in the same boat. We’re all in the same storm. But some people are in yachts, some are in canoes, some people are on life rafts.” He added that the smartest CEOs “are very intentional about understanding the different modes of transportation in the midst of the storm.”

Brian Elliott, executive leader of Future Forum and SVP at Slack, said that executives have had very different lived experiences than their employees these past 18 months or so. “The more senior you are, the better your employee satisfaction scores are going to be,” he said. Those numbers drop as you go down the ladder because more seniority means better work/life balance, autonomy, flexibility, and ability to manage stress, he explained.

Elliott noted that the divide is not just about how executives and employees have experienced remote work. The groups also differ in the reasons why they want to return to the office: Executives want workers to come back together for collaboration and projects, while employees say they want socialization.

Executives in the session posited that going forward, bringing employees together in person will be just as much about relationship building as it will be about getting work done. For example, increasingly employers are spending money on off-sites like theme park visits and sporting events.

At TripActions, Senghor said mentoring and volunteering has become crucial to maintaining the company’s culture. “What magically happened was we started to see what people were really interested in,” he said, “what people really care about.”

Check out Fortune’s Brainstorm Design Conference, taking place May 23-24 in Brooklyn, N.Y. For more details and to apply to attend, click here.