‘Flash mob’ robberies have become a major threat to retailers like Best Buy and CVS, and it’s a $45 billion-a-year problem 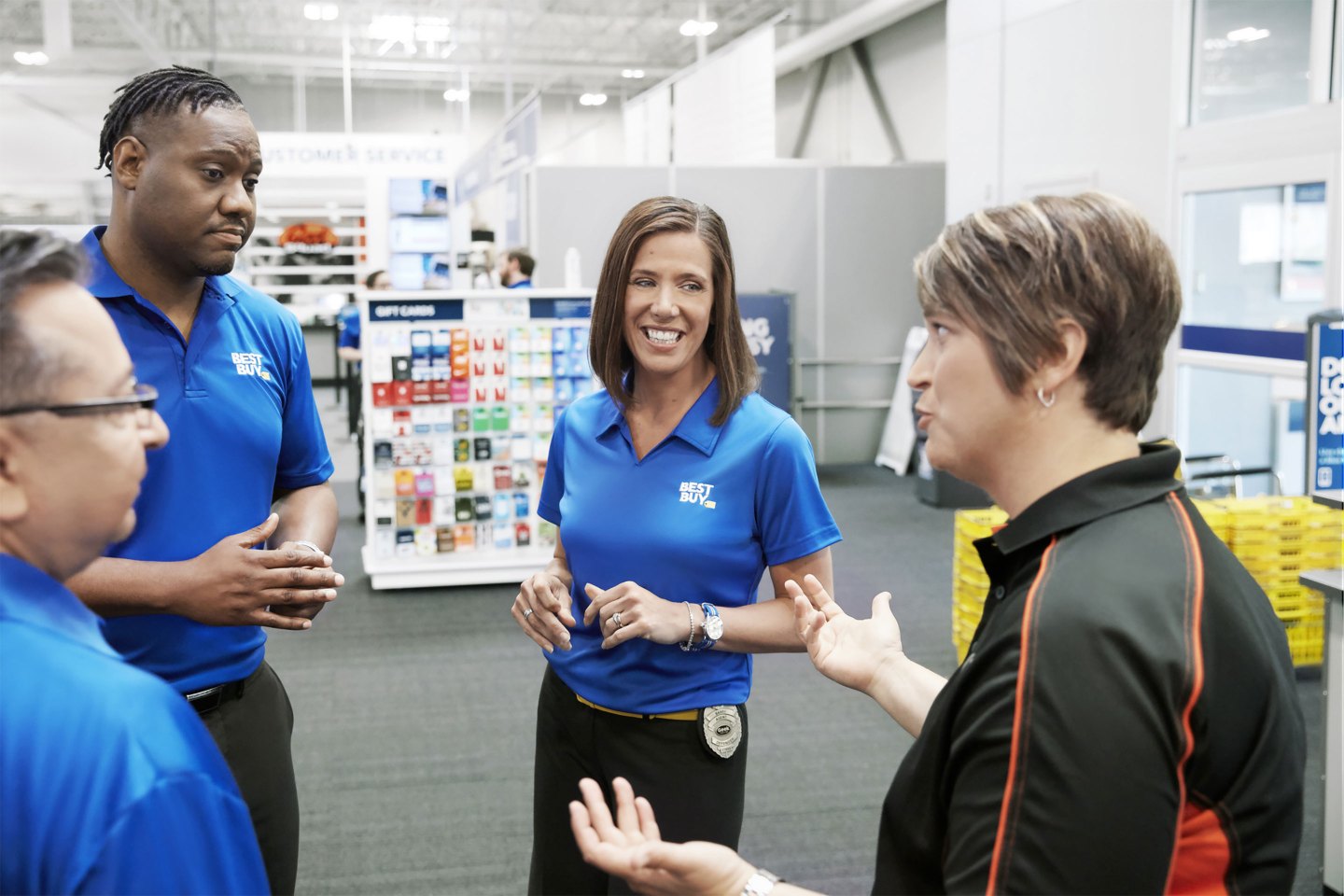 A spate of brazen, sometimes violent robberies by organized rings descending on stores to steal everything from $5,000 handbags to $10 razor-blade packs in lightning-quick attacks is the latest challenge for a beleaguered retail industry already grappling with high employee turnover, supply chain headaches and skittish shoppers.

Last month, dozens of ski-mask wearing thieves swarmed a Nordstrom in tony Walnut Creek, Calif. They blocked road access with their cars before proceeding to smash display cases and take whatever they could off of the racks, then escaped to awaiting getaway cars, all in matter of minutes. It was hardly an isolated occurrence for the upscale retailer: smaller scale organized ‘flash mob’ robberies hit two Nordstrom stores in the Los Angeles area a few days later. These came soon after similar thefts last month at Louis Vuitton, Burberry and Bloomingdale’s stores in San Francisco’s upscale Union Square. Lululemon Athletica and Ulta Beauty have also been targeted by these groups, while Walgreens has closed five stores in San Francisco because of the problem.

The incidents continued over the holiday weekend: Best Buy found itself in the crosshairs of ‘flash mobs’ at three stores in suburban Minneapolis over the Thanksgiving to Cyber Monday weekend, the busiest of the year for retailers. The problem has led retail industry leaders to sound the alarm, noting the threat to attracting and retaining the workers they desperately need to staff stores adequately, as well as the feeling of safety essential to keep shoppers coming.

But the problem is not likely to go anyway anytime soon. The robberies are a tactic of well-established organized crime syndicates looking to replenish inventory of ‘hot’ goods they can sell on resale sites during the holiday season shopping rush.

“The people you see running out of the stores with their merchandise are actually people who are recruited by the criminal organizations profiting from this,” said Ben Dugan, president of the Coalition of Law Enforcement and Retail, a trade group focused on fighting crimes committed at retailers. “There are tiers to it, from soldiers to captains to crew leaders — the whole deal.” Just like the mob, he added. The groups he leads has estimated that organized retail crime is responsible for around $45 billion in annual losses, 50% more than a decade ago.

The crime syndicates typically recruit locally, paying participants about $300 to $500 each in the case of the Nordstrom attack, Dugan estimates. They might even provide them with the getaway cars. And reflecting the gravity of these crimes, the ‘retail mob’ robberies are typically treated as felony crimes since they are planned events and involve the resale of stolen goods moving across state lines. In contrast, someone independently shoplifting a tube of toothpaste for personal use is committing a misdemeanor.

And like everything else these days, product shortages are playing a role in exacerbating the spate of retail flash mobs, Dugan said. “I don’t think there’s any mistake that that happened before Black Friday and before Cyber Monday,” he said. “I mean, the criminal organizations that control the online markets needed product. And there’s a supply chain crisis, right?”

A new source of worker anxiety

The problem has caught the attention of political leaders, particularly on the West Coast, where the attacks have been more concentrated and more brazen. “They’re not just stealing people’s products and impacting their livelihoods, they’re stealing a sense of place and confidence,” California Governor Gavin Newsom said while announcing an increase in funding to law enforcement to fight organized retail crime.

That sense of place and confidence is key to retailers in protecting stores, which are increasingly important to supporting their e-commerce as they compete with Amazon. Target, for instance, relied on its stores for 95% of sales last quarter when including their roles in filling online orders, be it a customer coming in to pick the order up, or the store mailing an item to the customers.

“These mobs attacking stores suggest to people, ‘I’m not going there.’ And if they were predisposed to shop online only, this is a hell of a motivation to do that,” said Columbia Business School retail professor Mark Cohen.

Retailers aren’t sitting idly by for the problem to go away. Target declined to quantify the potential hit to its business from organized theft, or detail how it combats the problem, but a spokesman told Fortune that “our security teams in every store are trained to maintain a safe shopping environment and protect against theft” and is in regular contact with law enforcement “on an ongoing basis to address organized retail crime.”

At Nordstrom, a spokesperson said in an e-mailed statement that “we’re heightening our in-store security presence and implementing additional protective measures to keep everyone safe.” Best Buy’s Barry said last week that the retailer might put more items under lock, much as drugstore giants CVS pharmacy and Walgreens do with items like razor blades. Columbia Business School’s Cohen however cautions retailers against turning their stores into fortresses or adding too many new hassles to shoppers who could easily shop online.

For CEO’s like Barry, one of the biggest worries in this crisis has to do with attracting and keeping top retail talent. The attacks on the Best Buy stores sometimes involved people entering the stores armed with crowbars and guns, Barry told reporters last week. That has frightened many workers, who already had to deal with mask-adverse customers and the fear of being exposed to coronavirus. It’s all making it even harder for retailers to find and keep good workers amidst the great resignation and labor shortage.

“When we talk about why there are so many people looking for other jobs or switching careers, this of course would be something that would play into my concerns for our people,” Barry told reporters.

Best Buy has been just one of many large retailers in the last year to raise minimum wages in the war for front-line talent. (Macy’s last month raised its own lowest wage and sweetened the pot by promising employees it would help with college tuition and student debt.

“This has got to bring fear to both customers and store associates, who basically don’t want to be in a position where they’re at risk for 15 bucks an hour,” said Cohen.