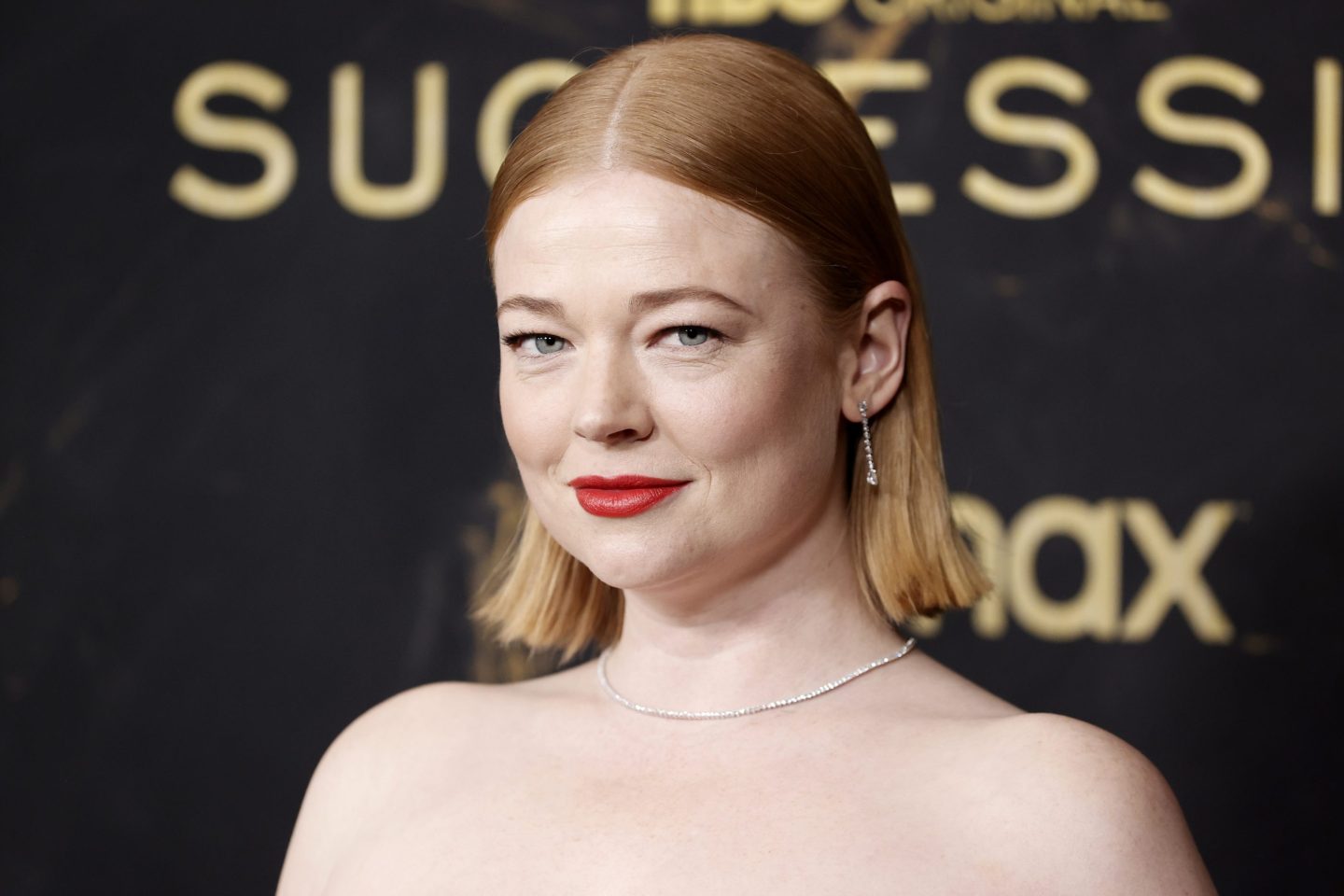 – Too real. Have you been watching Succession this season? I’m hooked—and have been since the beginning.

One of the many things that sold me on the show is its depiction of female characters trying to operate in the upper reaches of the corporate world. (That’s also a topic that came up when I had the pleasure of interviewing Succession’s costume designer, Michelle Matland, back in 2019.) It’s a thread that’s always been there—especially with Shiv Roy, the only daughter of patriarch and CEO Logan Roy, and Gerri Kellman, one of Logan’s most faithful lieutenants—but as The Guardian points out this week, it’s emerged as one of the central themes of this season. And, although the show is no documentary, what it has to say on the subject feels painfully real.

[Stop here if you don’t want to risk mild spoilers for the episodes that have already aired!]

Even before the Roys’ media empire got its own sexual assault scandal, the men of Succession have been obsessed with what they see as the unfair advantage women now have in the business world. (Post #MeToo, “Girls are worth double,” whines Roy brother Kendall.) It’s rich coming from a bunch of, well, rich men who’ve gotten by on nepotism since leaving the womb, but it is an attitude that actually exists in corporate realm—though real life men are less likely than the Roy boys to say the quiet part out loud (and when they dare, probably do it with less pyrotechnic swearing).

The show also exposes the lie in this “advantage.” When Shiv and Gerri find themselves in elevated positions this season, they’re left wondering whether they were chosen for their abilities or the optics of having a woman in the role. Yes, they get the big titles, but without the power that should come with them: They’re cut out of key conversations, publicly undermined, given risky or thankless jobs (even as interim CEO, poor Gerri gets stuck organizing a conference call—the most demoralizing of office housework). This too sounds awfully familiar. In a series full of characters saying horrible things to one another, one of the worst came in last weekend’s episode, when little brother Roman dismissed Shiv, saying: “You thought it was going to be ladies’ night. You were wrong. All the men got together in Man Club and decided: ‘Sweetheart, everything’s fine, so just shhhh…’”

The characters in Succession are, obviously, horrible people, so I’m not asking you to feel for them. But what makes the show and its satire of the business world so good is that these monsters are operating in a recognizable reality. You might not root Shiv or Gerri on—in fact, it’s probably healthier if you don’t!—but you sure know what they’re going through.

- Off air. CNN "indefinitely" suspended Chris Cuomo after new documents showed the extent to which he helped his brother, ex-Gov. Andrew Cuomo, respond to allegations of sexual harassment. The network says the documents reveal a greater level of involvement than execs previously knew. AP

- Shareholder decision. At Microsoft's shareholder meeting yesterday, investors approved a proposal requiring the tech company to provide greater disclosure of its handling of sexual harassment claims. Microsoft was asked to prepare an annual report on harassment cases—one that would include investigations of high-level executives, including Bill Gates. Microsoft had recommended voting against the proposal. WSJ

- Election results. Xiomara Castro's election as the first female president of Honduras is nearly official after her rival, Nasry Asfura, conceded on Tuesday. He referred to Castro, who ran as a Democratic socialist candidate, as president-elect. Washington Post

- Theranos trial. During her testimony at her fraud trial this week, Theranos founder Elizabeth Holmes said that she was raped by Sunny Balwani, the Theranos COO with whom she was in a relationship that she now describes as abusive. (He has denied the allegations.) In this op-ed, Jill Filipovic writes that Holmes can be "two things at once:" a victim of abuse and guilty of fraud. CNN

- Founder with a legacy. Chris-Tia Donaldson founded Thank God It’s Natural, or tgin, a company making products for natural hair. In 2015, she was diagnosed with breast cancer, and she died at 42 last month. During her illness, she set up a foundation to help women pay for cancer treatments and costs like childcare. Learn more about Donaldson's life in this obituary: WSJ

They trusted a coach with their girls and Ivy League ambitions. Now he’s accused of sex abuse. Washington Post

"May you continue to shine like a diamond and bring honor to your nation by your works, by your actions."