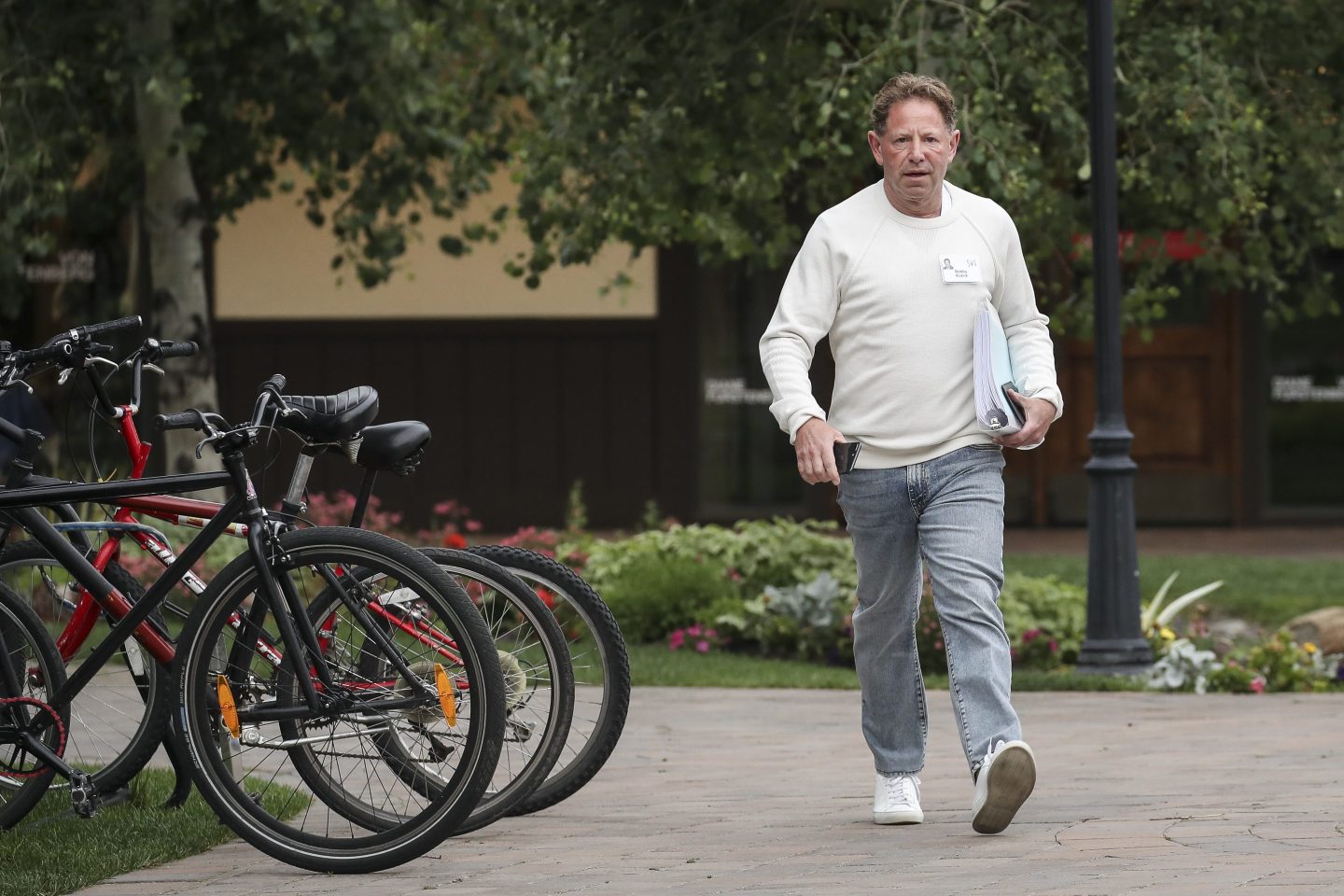 Both a group of employees and shareholders (who own a total of 4.8 million shares) are calling for the ouster of the head of Activision.
Drew Angerer—Getty Images

The cries for Activision-Blizzard CEO Bobby Kotick to depart are getting louder. Both a group of employees and shareholders (who own a total of 4.8 million shares) are calling for the ouster of the head of the video game publisher. But getting rid of him wouldn’t necessarily be cheap.

Activision, in a proxy statement to the Securities and Exchange Commission last June, spelled out just how much it could cost to fire Kotick. And it could run as high as $265 million.

The numbers, which were current as of Dec. 31, 2020 and could have been adjusted in the months since, show a number of conditions and payouts for Kotick:

Other amounts are given in case of Kotick’s death, disability or termination following a change of control.

On Tuesday, the Wall Street Journal ran a story alleging Kotick was aware of harassment allegations in many parts of the company, including one alleged rape. Activision quickly disputed the report, calling it “an inaccurate and misleading view of Activision Blizzard and our CEO”. The company’s board of directors, later in the day, supporting Kotick, saying it “remains confident that Bobby Kotick appropriately addressed workplace issues brought to his attention.”

If the story is true, however, and the board does decide to ultimately remove Kotick, that would raise the question of whether the action is “for cause” or not. If so, according to the proxy statement, all of his unvested equity and vested but unexercised options would be forfeited.

Among the conditions for cause, according to Kotick’s employee agreement are engaging “in willful misconduct or gross negligence in connection with the performance of his duties that has caused or is highly likely to cause severe harm” to the company or being “intentionally dishonest in the performance of his duties under his employment agreement and such dishonesty had a material adverse effect”.

Should Kotick leave Activision, of course, it would likely be via a negotiated agreement, rather than being fired by the board of directors.

Kotick’s not the only senior Activision official who termination is being called for. The shareholder note to the board also seeks the retirement of its two longest serving directors, Brian Kelly and Robert Morgado, by Dec. 31.