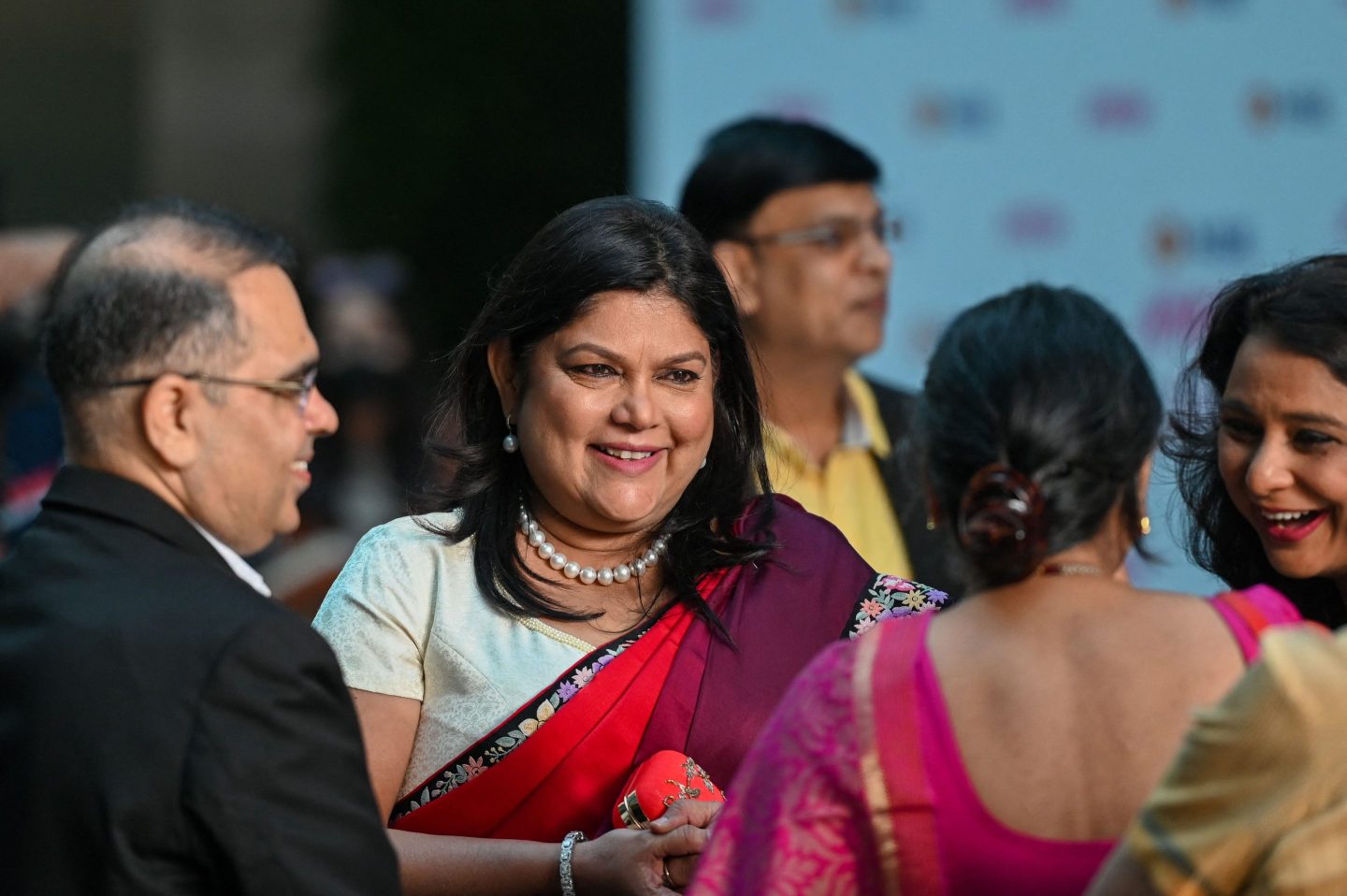 – In the spotlight. Women in India used to get their makeup and hair care products from small mom-and-pop shops. The stores had few selections, and it was all but impossible for women to test the products before buying them.

That was before Falguni Nayar came along.

The 58-year-old former investment banker founded FSN E-Commerce Ventures Ltd, which runs the beauty retailer Nykaa, in 2012 after recognizing there was an enormous market for luxury beauty products in India, especially when sold alongside how-to videos and testimonials. Since its launch, Nykaa has become India’s top beauty retailer and opened 80 physical stores to complement its e-commerce platform. Nykaa sells products from over 2,500 brands—exfoliators, lipsticks, kohl eyeliner, nail polish—that are tailored for Indian skin and local weather, Bloomberg reports.

On Wednesday, Nykaa’s parent company became the first woman-led unicorn in India to go public. Its Mumbai IPO raised 53.5 billion rupees ($720 million) and saw shares surge 96% on their first day of trading, valuing the company at nearly $14 billion. The listing made Nayar, who owns half the company, the richest self-made female billionaire in the country with a net worth of nearly $7 billion.

In her past career as an investment banker, Nayar helped entrepreneurs go public. Now she’s done it herself. “Women need to allow the spotlight of their lives to be on themselves,” she said after the Wednesday debut. “I hope more women like me dare to dream for themselves.”

- Standing out. For a new Fortune package about leadership, Maria Aspan spoke with Instacart CEO and ex-Facebook exec Fidji Simo. The CEO says she's tried both blending in in Silicon Valley and standing out, and she's settled on leaning into her outsider status as a young, female CEO from France who prefers high heels to hoodies. Fortune

- Gender and climate. Throughout COP26, activists have pressed world leaders on the connection between women's rights and climate change. "The world as designed by men has destroyed many things," one Bolivian activist told delegates. Indigenous activists held a rally for missing and murdered women and girls, explaining that "femicide is directly linked to the ecocide."

- Salty cravings. Hershey, which ranks No. 370 on the Fortune 500 and is led by CEO Michele Buck, is getting into pretzels. The candymaker is spending $1.2 billion to acquire Dot’s Homestyle Pretzels and the manufacturer Pretzels Inc. It's part of a move into salty snacks; the company already makes Pirate's Booty and SkinnyPop popcorn. WSJ

- Survey says. In an op-ed for Fortune, former Mars Inc. chairman Victoria Mars and Christine Svarer of Business for Social Responsibility share what they learned from surveying thousands of women worldwide on what's holding them back at work. They heard some familiar themes, from calls to end gender discrimination to asks for greater support as parents. And, the duo writes, that's the story—that we still haven't fixed these long-known problems. Fortune

- Call to action. Women's rights activists in Greece are pushing to end femicide and violence against women in the country after 11 women were killed in murders considered femicides over the past year. Reported domestic violence in Greece has risen, with reports three times greater in 2020 than in 2010. Guardian

She wants to fix one of Louisiana’s deadliest jails. She needs to beat the sheriff first Politico

"Don’t accept that CMO is your ceiling. Raise your hand, ask for the next thing, and say, ‘Why not me?'"