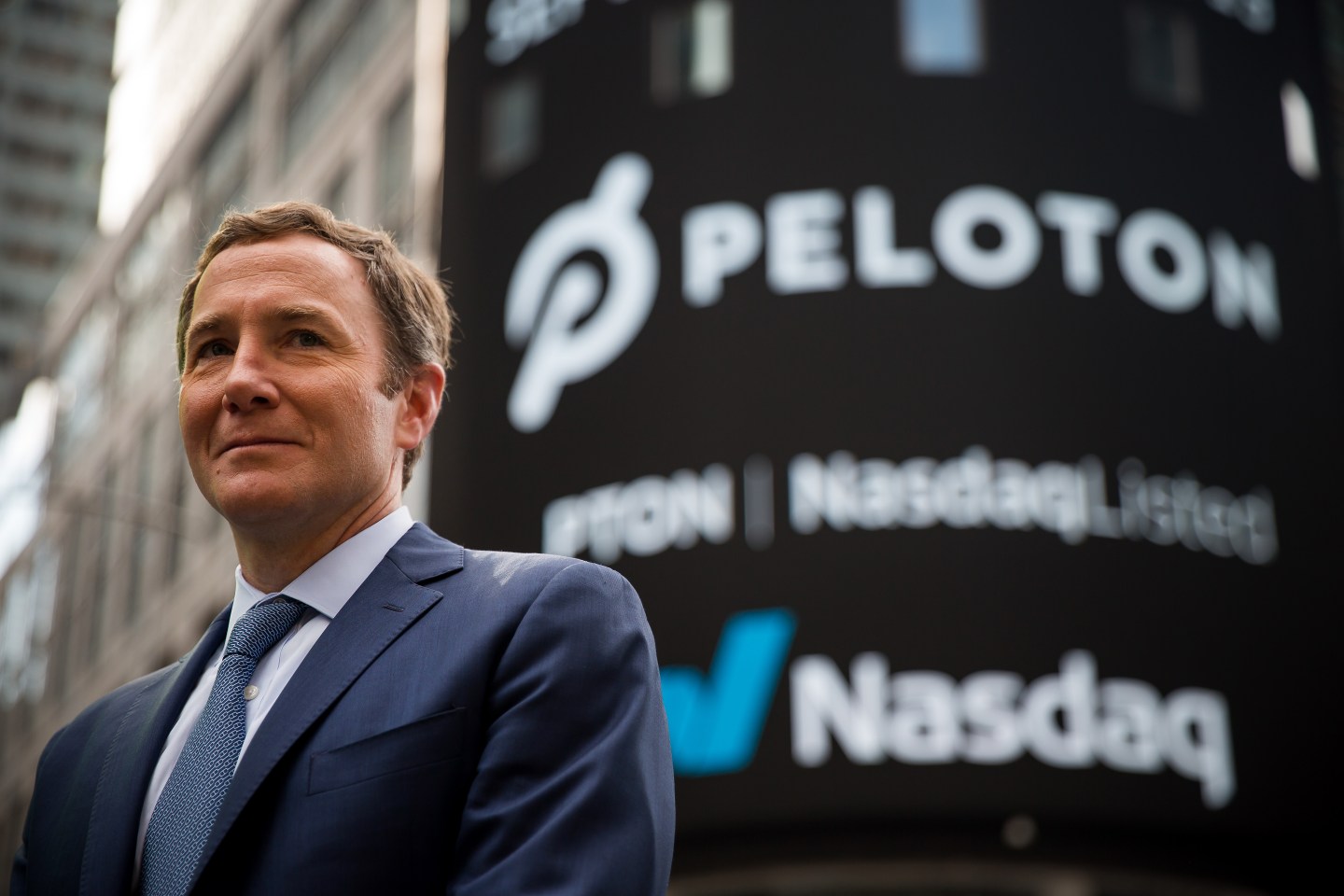 Peloton Interactive shares descended quicker than Greg LeMond on Alpe d’Huez Friday after the home fitness company’s results showed its growth had stalled. A pandemic darling, Peloton is facing big difficulties in winning over customers for its less expensive equipment while battling with the resurgence of gyms.

Shares fell 32% early, taking out $6 billion in market capitalization, in their first trading session after Peloton slashed its annual sales forecast by as much as $1 billion.

Executives’ comments on a conference call suggested that Peloton wasn’t winning over less affluent consumers, and that its current troubles wouldn’t end soon.

“From forecasting consumer demands to accurately predicting logistics costs, our teams have never seen a more complex operating environment in which to guide our expected results this year,” Peloton CEO John Foley said on the company’s earnings conference call. Peloton now expects to have between 3.35 million and 3.45 million connected fitness subscribers by the end of June when its current fiscal year ends, down from an earlier target of 3.63 million.

Perhaps the biggest challenge for Peloton now is how to win over customers for its less expensive gear. Here, too, Foley said, Peloton has lots of work to do.

“Younger and less affluent consumers continue to represent our fastest growing demographic, yet among nonmembers, there remains a lingering perception that Peloton is a luxury item,” the company said in a letter to shareholders, adding that it would use “increased marketing” to address the problem. But Peloton has already been doing that, taking a big bite of out earnings: In the first fiscal quarter of 2021, sales and marketing expenses to win those less affluent customers more than doubled and represented 35% of revenues, up from 15% a year earlier.

Last summer, Peloton cut the price of its original Bike product by 20%, which helped that item but also led to fewer customers choosing to buy its more expensive Bike+. And all this is happening at a time many Americans are returning to gyms and their pre-pandemic fitness routines. Planet Fitness said Thursday that its membership levels are approaching their pre-pandemic peak, sending its shares up 6% to an all-time high.

There is growing concern that even Peloton’s bread-and-butter clientele could be losing interest: Foley said Peloton had seen website traffic slip more quickly than anticipated and that visits to its physical stores were not as robust as expected. Earlier this year, Foley got some brickbats for how Peloton had handled product recalls following accidents, including a fatal one, involving its treadmill product.

On Wall Street, there were concerns about how quickly Peloton could regain its footing: Credit Suisse wrote in a research note to clients that “long term, the connected fitness opportunity could still be intact, but the path to get there appears more difficult.”