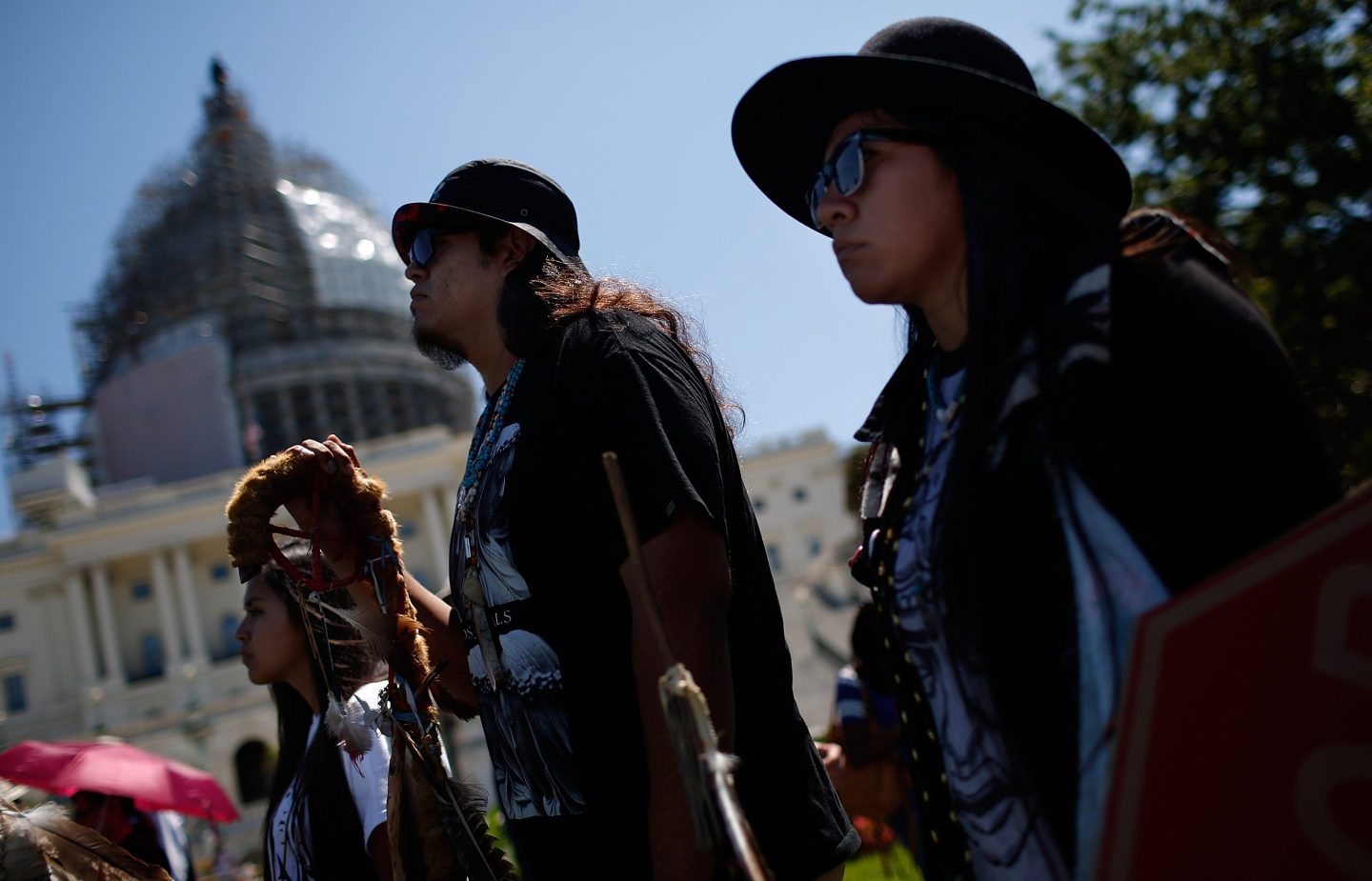 The Oak Flat project could answer 25% of America's copper needs, but activists say it encroaches on ancestral lands and harms the environment.
Win McNamee—Getty Images

As delegations convene in Glasgow for the UN COP26, there is no avoiding the fact that for climate activists, there is widespread dissatisfaction. The anger is not unreasonable. It is generally understood that major economies are failing in their pledges under the 2015 Paris Accords to halve emissions.

China’s President Xi Xingping is probably not attending, while Russia’s President Vladimir Putin has already bowed out. He has also declined to sign onto the Global Methane Pledge. President Biden is in Scotland, but the U.S. Congress still hasn’t passed two major spending bills with numerous climate provisions.

However, the rancor among activists could be self-defeating if it prevents us from attaining a future energy grid based on renewable sources, clean electrification storage systems, and the widespread adoption of electric vehicles.

Many of the activists whose youthful energy is embraced by the COP26 organizers are often the same ones leading efforts to block the mining of critical minerals necessary for the supply chain of these green energy technologies, leaving the US and other major Western nations dependent on foreign sources.

A vigorous debate of climate policy is healthy and environmental, social, and governance (ESG) standards are important issues in the mining industry. But a wholesale anti-development agenda can result in real policies that block the necessary production of materials.

In September, the House of Representatives Natural Resources Committee passed an amendment that added the “Save Oak Flat Act” to President Biden’s pending spending package. This amendment will seek to reverse a 2014 land swap agreement that had been negotiated with Resolution Copper, a joint venture of Rio Tinto and BHP, which would allow them to mine a massive copper deposit that could satisfy 25% of U.S. demand for the next 40 years.

Despite the companies having already invested $2 billion in the mine, and despite ongoing close engagement with community leadership, under pressure from activists, the U.S. government rescinded the 3,000-page Final Environmental Impact Study (FEIS), saying that more time was needed to assess environmental concerns and certain contentions that mining operations may, in the case of Oak Flat, Arizona, take place within a region of special significance to local tribes and surrounding communities.

If the legislation successfully passes, the demand for these inputs will not disappear. It will have to be filled by foreign providers such as China, where there will be much less oversight and collaboration to ensure adherence to higher ESG standards. You end up with mining production generating a much higher carbon footprint.

The recent turn of events at the Natural Resources Committee openly conflicts with President Biden’s Executive Order from February aimed at defending and strengthening the critical minerals supply chain.

The dependency on technology minerals is also clearly becoming a national security issue, a fact which is well understood in Washington. The U.S. currently relies on imports from foreign countries for 14 of the 33 minerals on the critical minerals list, aside from a small amount of recycling. When it comes to some of the most important materials and processing capacity for minerals such as cobalt, companies owned or influenced by China account for 72% of supply. For rare-earth elements, China controls 85% of the global supply.

Time is not on our side here. A critical minerals extraction project cannot just switch on and off based on trends, public attitudes, and headlines. It takes years of development (especially if it is to meet high ESG standards) and significant amounts of capital. And yet, for many American producers, production is frequently delayed in the courts with litigation brought by activists and conservation groups. That has been the experience of Twin Metals Minnesota LLC over its promising copper-nickel-cobalt-platinum project, as well as the Thacker Pass lithium mine in Nevada, to name just a few.

The simple fact is that the world will not meet its clean energy goals without dramatically increasing the supply of critical minerals. There is a responsible path forward to get this done in a way that respects social impact concerns, but it will require commitment and determination from the highest levels of government and close collaboration with the private sector.

In order to win environmentalist support for the necessary ramp-up of ESG-adherent mining, both governments and the private sector will have to begin the process of changing the traditional public narrative on mining. To do so legitimately, mining companies are going to have to demonstrate how they can be “ESG-positive”.

Ultimately, down one path, we see massive job growth, innovation, and a green energy future. Down the other, more supply chain disruption and more pollution. The choice is clear.

Brian Menell is the chairman and CEO of TechMet, a private industrial company that is building controlling or significant minority positions in projects across the technology metal supply chain.