97.5% of the Black female-owned startups at this accelerator survived the pandemic 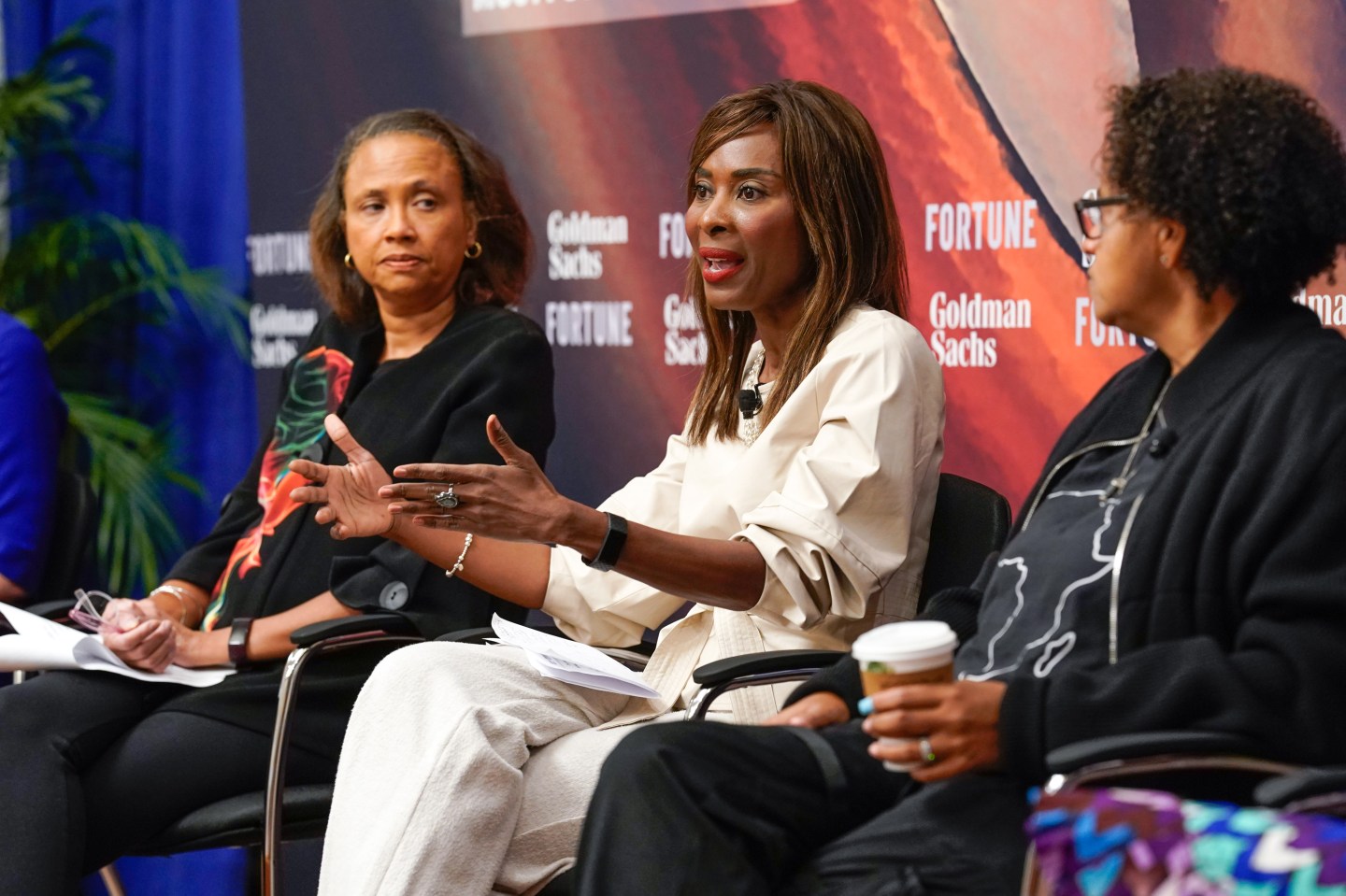 From left: Cheryl Dorsey, president of Echoing Green; Asahi Pompey, global head of corporate engagement and president of the Goldman Sachs Foundation; and Melissa Bradley, managing partner of 1863 Ventures, speak about the value of investing in Black women at Fortune’s Most Powerful Women Summit.
Fortune

America is ignoring one of its most promising investments: Black women.

In fact, the persistent wealth gap between Black and white households is costing the U.S. about $300 billion in annual GDP, and 1.2 million jobs each year, according to Goldman Sachs research. Only about 40 Black women in the U.S. have been able to raise more than $1 million for their ventures, according to Melissa Bradley, managing partner of 1863 Ventures, an accelerator focused on businesses run by people of color. “That’s a real shame,” says Bradley, who spoke on a panel with three other women at Fortune’s Most Powerful Women Summit on Tuesday.

Yet, when the pandemic was rolling through the U.S., Black women entrepreneurs held out. Even as 40% of Black businesses failed, Bradley saw a 97.5% survival rate in the companies run by Black women within its accelerator program. Half of those companies collectively brought on 2,000 new jobs within the first six months of the pandemic.

“They can already plan ahead,” Bradley says. “This whole lack of capital and economic crisis: They deal with it every single day.” The startups working with 1863 Ventures had greater savings than their peers, so they were prepared to reinvest in the business. They had deep ties to their local communities and were able to form quick partnerships to find new ways to serve their customers, according to Bradley.

Oftentimes broader communities will share in the success of a Black woman–run business, according to Asahi Pompey, global head of corporate engagement and president of the Goldman Sachs Foundation. About three-quarters of the Black women and women of color who are part of Goldman Sachs’s 10,000 small business participants play critical roles in their local communities, Pompey noted. “They’re running for politics. They’re running for office. They’re developing their community…There’s that double bottom line of investing in them.”

A key reason Black women have struggled to secure funding for their businesses is the ongoing narrative that Black women need charity, that they are functioning at a deficit, according to Caroline Wanga, CEO of Essence Communications. “It is not about you tapping in to save me,” Wanga says. “We got that. We’ve been doing this for a while. The reality is there’s a couple doors that you have the key to—and what you want to do is unlock it, let me in and keep the key. Give me the key.”

The solution is simple, Wanga continued: Black women need capital, expertise, support, and mentorship. RSVP with a plus one, and bring the woman who isn’t getting invited to the same parties. “Because there’s a lot of women of color businesses that are not given the same access to the people with capital, are not given the same amount of supportive energy and education…They fall behind because they were starting three steps behind the other women businesses.”

Investors need to also be more aware of the areas of the market in need of cash. “We do not need any more VC firms investing in Black tech companies,” Bradley said, since only 20% of Black-owned businesses are in the tech sector. Rather, most Black entrepreneurs are operating in professional services, and “there is a huge, huge gap in that sector,” she noted.

Bottom line? The solution is about much more than capital itself, Wanga said. “It’s easier to write a check than it is to help people be successful.”