The dollar’s dominance is far from done 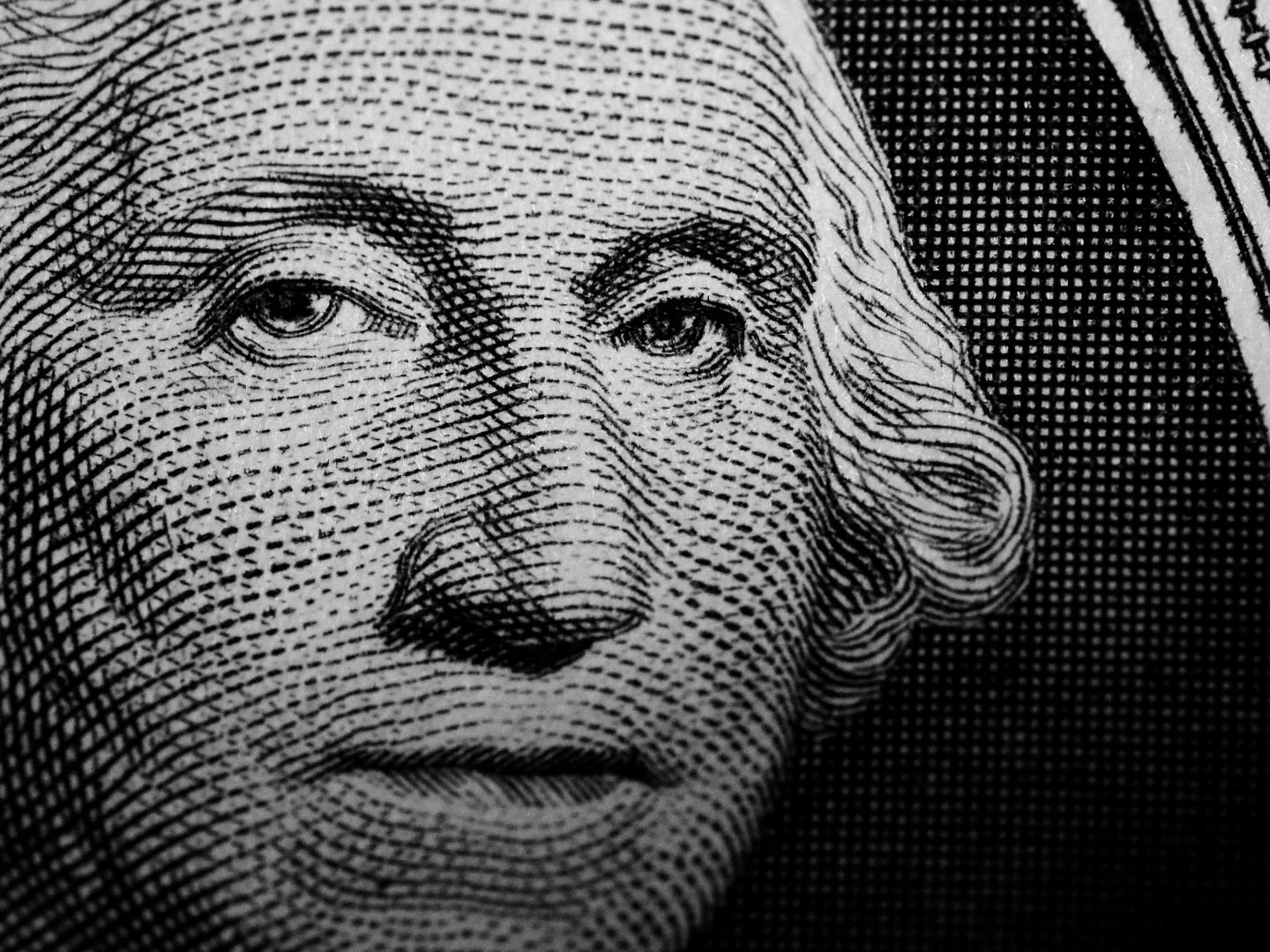 "While dollar Cassandras will continue to write obituaries," the authors note, "it’s worth pausing and reflecting on history and what has driven the greenback’s resilience."
Getty Images

Fifty years ago, President Nixon shocked the world by suspending the dollar’s “convertibility” to gold, beginning the end of the postwar system of fixed exchange rates. Since then, the dollar’s death has been foretold countless times, and the narrative remains popular today. The next bout of dollar doom is just a matter of time. The unfolding debt ceiling drama could provide fuel, while any fall in the dollar’s value, even from current highs, will be equated with the fall of the dollar.

To be sure, the dollar’s role as the world’s “reserve currency” is a cornerstone of the global economy and global finance, as well as geopolitics, and threats to its dominance should be taken seriously. However, the dollar’s hegemony is a remarkable story of resilience, and to see whether that will continue we need to understand the sources of resilience, whether they are alive today, and whether the dollar’s competitors could emulate and surpass them.

Chronicle of a death constantly foretold

The dollar’s rise to global hegemony started early in the 20th century and formalized at Bretton Woods, the conference that established the postwar monetary order in 1944. Over the following 25 years, the dollar came to dominate global finance, trade, and banking, and nearly all foreign currency reserves were held in dollars.

Yet, by the late 1960s the strain on the dollar could not be ignored: The U.S. did not hold enough gold to honor convertibility, and as financial outflows from the U.S. continued, the risk of runs on the currency was real. In 1971, Nixon preemptively closed the “gold window,” marking the start of decades of geoeconomic challenges. Throughout, however, dollar hegemony has proved resilient.

Consider the “Nixon shock” itself. Though his announcement represented both a surprise devaluation and a deep cut to U.S. credibility, it did little to dent dollar demand—the currency’s share of global reserves remained north of 80%. Soon after, a second breach of U.S. credibility unfolded, as inflation rose to double-digit rates in the 1970s, undermining the value of dollar assets. Yet dollar reserves continued to grow, and its share remained high despite the rise of currency alternatives such as the yen and deutsche mark.

The challenges kept coming. The burgeoning U.S. fiscal and external deficits of the 1980s could have diminished the dollar’s standing, but its share of global reserves remained steady and reserves even grew towards the end of the decade. Then, in the 1990s, prospects for the dollar’s role dimmed when the U.S. became a net debtor to the world for the first time. In the 2000s, with the proliferation of global value chains, particularly China’s integration into the world economy, net debt exploded to around a quarter of U.S. GDP in 2008 and two-thirds by 2020.

Yet even in the face of a financial crisis at the heart of the U.S. financial system, extraordinary deficits, and relentless money printing, dollar hegemony has arguably strengthened. Its share of global reserves is more than 60% today, in line with its long-run trend, and the total volume of dollars held globally rose from just 1% of global GDP in 1970 to 9% in 2018.

Today, the dollar’s resilience is most visible in its “risk-off” properties. The currency rallies in times of crisis, as last seen when COVID-19 hit. Can the dollar retain its hegemony? There are many ingredients in reserve currency status, of which we highlight a few.

First, take the economic size of the reserve currency issuer. The global economic footprint provides a gravitational pull on economic and financial activity towards its currency. The U.S. will retain its global heft, even if it is set to cede the top spot to China in due course. But if reserve currency status were exclusively or predominantly a matter of economic size the Chinese renminbi would have a much bigger share of global reserves. Instead, at about 2%, the renminbi has about the same share as the Canadian dollar.

In fact, the role of deep and open markets is equally important. The ability to transact and invest easily and with confidence—particularly in moments of crisis—is essential for the reserve provider. Without sizable, liquid, transparent, and open markets, a currency stands little chance of establishing itself as the key reserve currency. Here, the U.S. will remain dominant with little substantial competition for the foreseeable future—even if a more unified debt structure is emerging in Europe.

Next, the credibility of institutions matters. Confidence in reserve assets is indispensable for those managing central bank reserves—they need to know that the policymakers and polity that creates, facilitates movement, and stores reserve assets will not undermine them. A solid track record of predictability dispels the risk of the assets being undermined either quickly by policy shocks or slowly through large inflation. U.S. policy credibility remains unrivaled today, and building such credibility takes time.

Geopolitics plays a role too. Reserve allocations are materially influenced by politics—specifically the geopolitics of military alliance. Allies, particularly ones actively defended by the reserve issuer, wish to support that order while adversaries are reluctant to empower it. Russia’s move away from the dollar or Saudi’s allocation to it are illustrations of this. The U.S. enjoys a significant advantage here as its alliances are particularly intricate with large, advanced economies.

What currency can do better?

Each of the dimensions above matters in its own right and in combination with others. But they matter most relative to what other potential issuers of reserve currency bring to the table. If challengers are bigger, more credible, more open, with more geopolitical clout—it won’t matter if the incumbent has remained strong on those dimensions. So, who could do it?

The euro seemingly checks many boxes, and before the Global Financial Crisis was expected by some to one day displace the dollar. Yet its blemishes are substantial, including byzantine debt markets and a rigid banking system. While jointly issued eurozone bonds would increase the pool of highly rated assets for reserve managers to acquire, the plans are modest, and as long as there is the faint but lingering threat of disunion and weakness in the periphery it will be difficult for the euro to usurp the dollar.

Next, China’s geopolitical and economic clout has grown rapidly, but Beijing would need to open the capital account and ensure liquidity and investor protection—along with a willingness to absorb the worlds savings which would push up the renminbi and make Chinese exports less competitive. This moves into focus that reserve currency status is both a privilege and a burden and thus requires strategic balance. Whether desirable or not today, the palette of features required to provide the most compelling reserve currency is difficult to see in the renminbi in the foreseeable future.

And there are cryptocurrencies that some proponents believe could play the reserve currency role.

Life after death is comfortable

The arguments above may not convince those who deeply believe in dollar demise—too much money is printed, the debt too high, the global competition too strong for the greenback to continue its role, they argue—even though on a relative basis these challenges are hardly modest for the dollar’s rivals.

But if we can’t let go of fears of death the next best thing is to accept it and contemplate life after death—which is surprisingly comfortable for reserve currencies. Dollar doom typically assumes a big bang collapse and terminal decline. The history of reserve currencies suggests otherwise.

First, the idea of a crisis-induced loss of reserve currency status does not square well with history, as the dollar’s de facto displacement of sterling happened gradually over the first half of the 20th century. Second, Britain’s loss of reserve currency status contradicts assumptions of terminal decline. Of course, sterling’s displacement went hand in hand with the decline of the British Empire, but Britain’s wealth has ground inexorably higher in the 100 years since this process started — and the pound remains a leading international currency.

While dollar Cassandras will continue to write obituaries, it’s worth pausing and reflecting on history and what has driven the greenback’s resilience thus far. All this points to longevity though certainly not immortality.