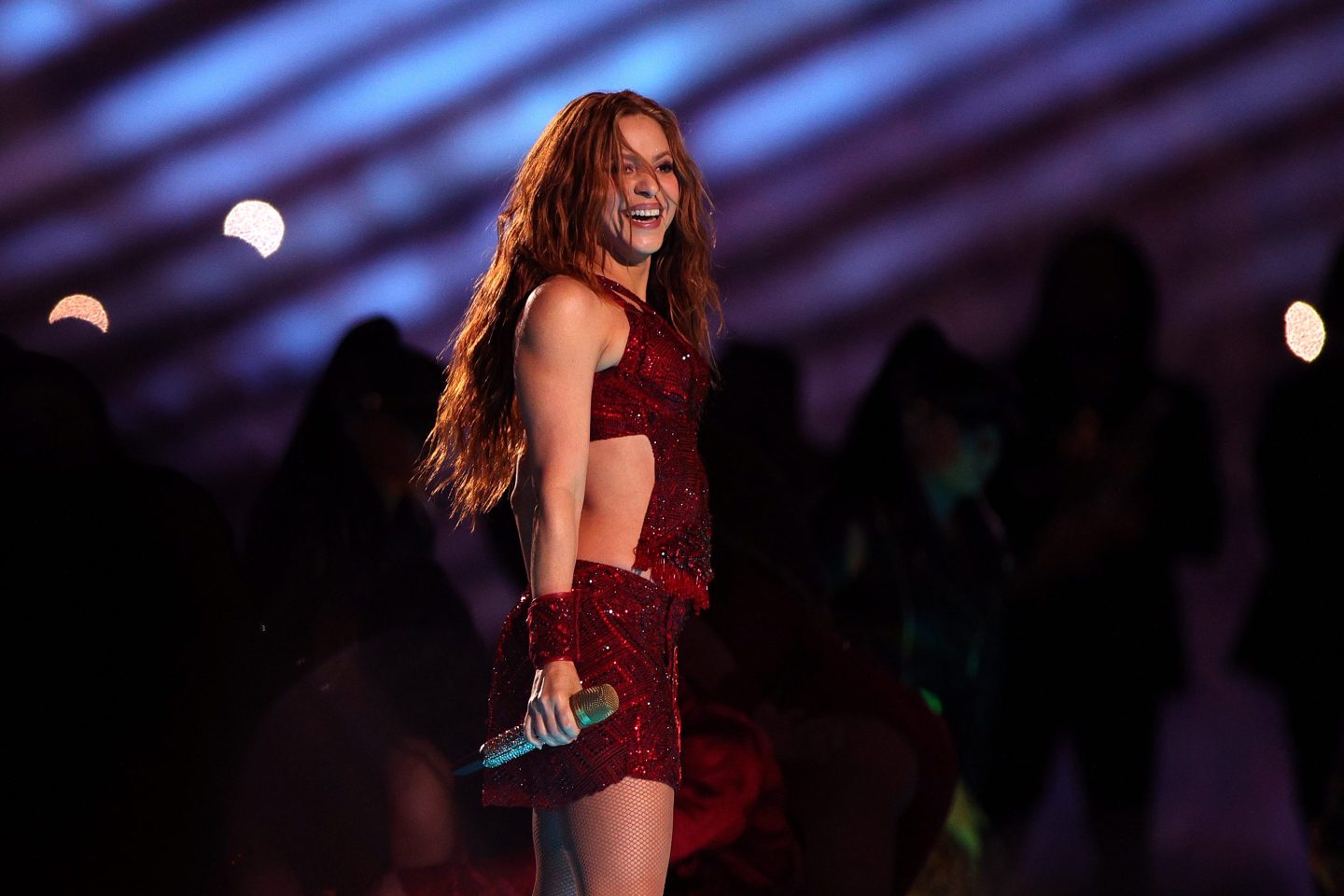 The boars are back in town, and some are even running amok on Instagram.

Social media blew up on Thursday after Shakira told her 70 million Instagram followers she’d been attacked by a pair of wild boars while walking with her son in leafy part of Barcelona. The capper: the animals briefly made off with her designer purse before she could retrieve it. The Grammy-winning singer was unharmed, but the handbag was mauled.

“They were taking my bag to the woods with my mobile phone in it,” the singer said on an Instagram story video, according to the BBC. “They’ve destroyed everything.”

Barcelona is hardly the only city in Europe (or the world) to encounter wild boars in its public spaces and on its roads. The “boar-ish” complaints are legion: rooting up turf, munching trash, going after the family dog, plundering public cat-feeders, holding up traffic, bonking into cars, harassing park-dwellers for their sandwiches, getting tipsy on campers’ beer, sashaying into a shopping mall and trashing the window display—and then there was the one caught on film stealing a German nudist’s laptop.

Farmers say boars inflict millions in crop damage each year. Motorists blame them for causing road accidents. Scientists worry about the public health threat they pose to animals and humans. And politicians curse them for sinking their approval ratings.

Rome’s growing urban boar problem has become one of the most talked-about issues on the campaign trail as voters head to the polls on Sunday for municipal elections. Critics of Rome’s mayor Virginia Raggi say the appearance of packs of boars rummaging through trash, walking nonchalantly down crowded city streets and even harassing restaurant-goers is a sign she’s lost control of the city. To be fair, Rome’s boar problem predates its embattled mayor.

This is hardly a Europe problem. Native to Eurasia, sus scrofa, or the feral pig, now thrives on every continent on the planet with the exception of Antartica, landing them squarely on the World Conservation Union’s most invasive species list, alongside the black rat, killer alga and the tiger mosquito.

Capitals across Europe and beyond see the boar as an existential threat to its agriculture sector. The boars can carry African swine fever (ASF). Nicknamed pig ebola, ASF can be lethal to farmyard pigs. Left unchecked, it could devastate Europe’s pork exports.

Trouble at the border

German authorities are scrambling to erect fences along the border with Poland, following a surge in ASF cases there this year—particularly in the Polish west, which abuts the German states of Brandenburg, Mecklenburg-Western Pomerania, and Saxony.

With infected boars starting to show up in Brandenburg, state authorities are doubling up existing fences that span around 175 miles. This week, they also increased the bounty they are offering for dead boars in areas of concern, from €80 ($93) to €150.

“By increasing the bounty, we want to provide a stronger incentive for removal,” said the state’s consumer protection minister, Ursula Nonnemacher—a Green party politician—in a statement. “It is important that the boars are removed from the restricted areas as completely as possible before they next reproduce. The next four months are crucial.”

Boar-hunting numbers have indeed been falling in Germany; around 90,000 were killed in the 2020/2021 hunting season, which is 10% down on the year before. It’s not just boars, either—there’s been a similar drop in the number of red and fallow deer that have been shot, while the reduction in hunted ducks was an even greater 14%. The reason? According to local media, Brandenburg’s state government suspects the hunting lull is down to restaurants closing on account of the COVID-19 pandemic—which, unlike African Swine Fever, poses a considerable danger to humans.

Prior to Shakira’s Instagram post, Barcelona had been held up as a model for controlling the urban boar population. Since 2014, the city has employed a team of veterinary scientists from the Autonomous University of Barcelona (UAB) to manage the issue. Their duties involve pre-planned capture-and-kill operations. They also respond to police calls of boars on the loose in the city.

Whenever Barcelona police get a call from the public, they ring the UAB team. Picture a kind of Ghostbusters response.

The vets pull up to the scene in a beat-up university-owned Dacia station wagon. The tranquilizers and blowgun are in the back. They get out, corner the animals, and blow a potent dart into their fleshy backside. They’ve been called to subdue boars near the discos lining Plaza Catalunya and higher up in the Antoni Gaudí-designed Park Güell, as well as in some of the tonier parts of town where bankers and footballers live.

A direct hit with the tranquilizer dart, and the animals conk out on the spot. Moments later they’re snoozing. Shortly after that, the scientists draw blood and later euthanize them. Hours later, they bring them to the morgue for autopsies. (Two years ago, your correspondent followed the UAB team on night calls. In all, 29 wild boars were captured, euthanized and studied over two nights.)

From their boar-incident-report data, the team has built a kind of heat map to gauge not only the animals’ favorite haunts, but where they’re likely to go next. The approach, which is highly controversial with animal rights activists, succeeded in reducing by more than half the number of nuisance-boar complaints over a two-year period. In 2018, the boar calls fell to 480 from nearly 1,200 in 2016. The team recorded further declines in 2019 and 2020.

The scientists even opened up the data to other researchers who continue to find boars carry a host of diseases, including tuberculosis, hepatitis E and influenza A. Some can make the jump to humans.

Jorge Ramón López Olvera, the UAB vet scientist in charge of the program, told Fortune on Friday that the Shakira incident notwithstanding, their work was continuing to show success. Last year, the team got the fewest calls yet. COVID-19 lockdowns helped.

“During the 2020 confinement there was a lot of news and expectations that wildlife in general, and wild boar in particular, would conquer the space abandoned by humans. But without food and garbage in the streets, why would wild boars go to the city?” he explained.

But now the city is filling up with tourists and late-night revelers. And the boars are back.

In 2019, on a late-night patrol of the city, Olvera talked about his concerns for the future of this species. The excesses of city life, he said, were drawing the animal deeper into town. They were fattening up on our food, and getting sick on it. The team observed there were stark differences between city boars and their cousins in the forest. In addition to the new diseases they carried, they were becoming obese feasting on discarded sandwiches and snacks. Their behavior was more erratic and aggressive, too. The sows were reproducing earlier in life, and just about all of them were dying younger on the streets.

“The urban boar has become a species unto itself,” he said—a species that is looking less like its wild forebears from the forest. “It’s become habituated to city life, and we are transforming it. It’s not healthy—for the boar, or for us.”

David Meyer in Berlin contributed to this story.