OZY and the demands of due diligence in Zoom times 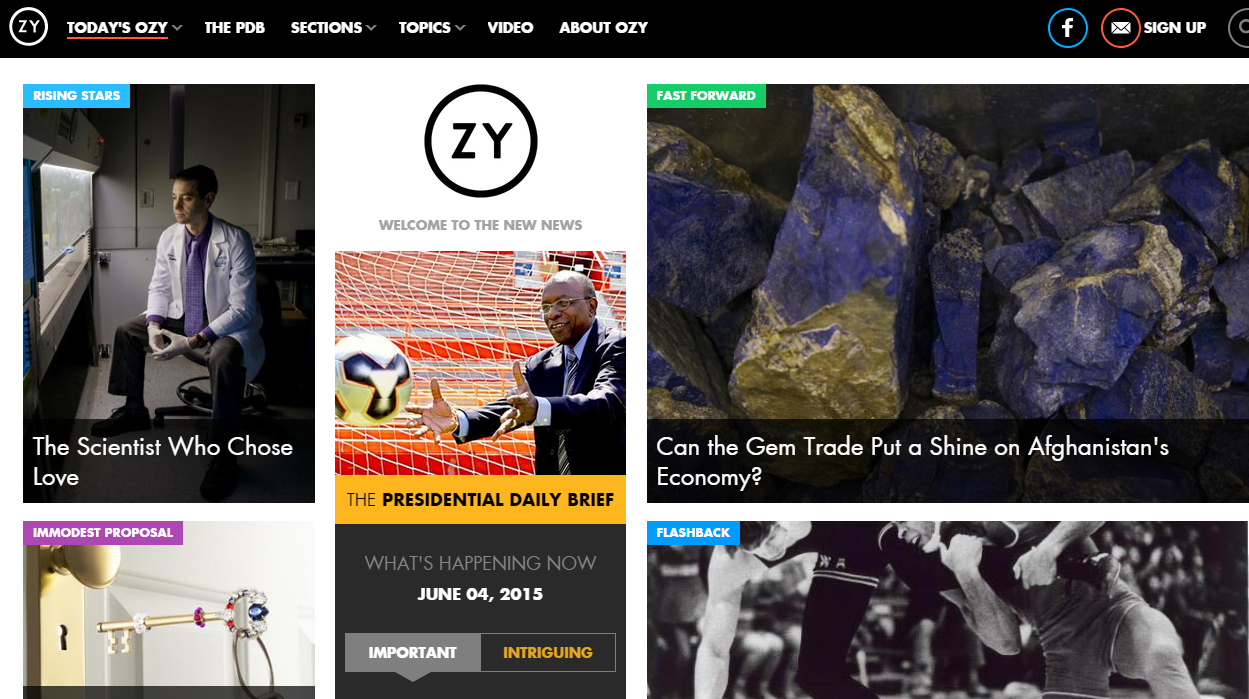 I guess this is a tally in favor of turning on the video when convening over Zoom.

OZY, a media company launched in 2013 backed by Laurene Jobs’ Emerson Collective and businessman Marc Lasry, has raised a lot of eyebrows in its lifetime. It told Axios in January that the company was absolutely killing it (in a good way). Along with a significant YouTube following, it told the outlet it had reached 20 million subscribers across its various newsletters—which seems like a lot considering that the New York Times’ very popular The Morning houses about 17 million subscribers.

And apparently, one of its executives may have impersonated a YouTube executive with a voice changer during a call with a potential investor? At least, that’s according to this New York Times’ Ben Smith story on the business. Per the story, Goldmans Sachs was nearing a $40 million investment in the company and was slated for a Zoom call with OZY and YouTube’s head of unscripted programming for YouTube Originals, Alex Piper. “Piper” though struggled to log in to Zoom, and moved the call to a conference call, per the report. Except it turned out that the voice was reportedly that of co-founder Samir Rao—who may have been modulating his voice too.

The Federal Bureau of Investigations is now reportedly looking into the matter after getting an alert from YouTube’s parent company, Google. OZY has not yet responded to requests for comment from Fortune, though founder Carlos Watson attributed the incident to a mental health crisis on Rao’s part to the Times.

In this pandemic era of dealmaking, when some term sheets are signed without meeting in-person, the story has echoes of this Wall Street Journal article about people secretly working two jobs at once, and getting away with it because, well, it wasn’t in-person. As well as this story from Business Insider about Blade, the helicopter taxi company, whose CEO was masquerading as its director of communications for years because much of reporting is done, and has been done, remotely.

While Goldman Sachs became aware of OZY’s alleged deception and later did not make an investment, the story is a reminder that remote work does require a different framework for due diligence.

BATTLE OF THE FRANCHISES: This certainly reinforces the “Netflix wants to be Disney” line of thought. Late last week, streaming giant Netflix acquired Roald Dahl Story Co., the business behind titles like “Charlie and the Chocolate Factory” and “Matilda” for an undisclosed sum. Bloomberg’s Lucas Shaw reports that the deal is valued at over $700 million, making it Netflix’s largest acquisition ever.

The kids-friendly roster of titles also allows Netflix to also build out products from these titles, with video games, in-person experiences, and more. It appears as if Netflix is emulating Disney, but this also comes as the two streaming titans are also battling it out with others to gain viewers with their respective franchises. Disney has Marvel and Pixar, among others, WarnerMedia meanwhile has Harry Potter and DC. It’s also worth noting that Netflix plans to spend $500 million this year on films and series produced in South Korea.

​​- Ascend Money, a Thailand-based fintech startup, raised $150 million in Series C funding valuing it at $1.5 billion. Charoen Pokphand Group led the round and was joined by investors including Bow Wave Capital Management and Ant Group.

- Cake, a Swedish electric motorcycle company, raised $46 million in Series B funding with $14 million in convertible notes. AMF led the equity round.

- Ukio, a Barcelona-based real estate technology startup, raised over $9 million in seed funding. Breega led the round and was joined by investors including Heartcore and Partech.

- Avenue, a maker of a team monitoring platform for operations, raised $4 million in seed funding. Accel led the round.

- Cheesecake Energy, a U.K.-based energy storage startup, raised £1 million in seed funding. The Imperial College Innovation Fund led the round and was joined by investors including Perivoli Innovations.

- Elligo Health Research acquired ClinEdge, a research practice management and clinical services organization, for about $135 million. Morgan Stanley Expansion Capital and Ally Bridge co-led a round of funding in Elligo.

- Partners Group acquired a stake in Milestone Equipment, a St. Charles, Mo.-based provider of transportation equipment and supply chain solutions, in a recapitalization led by Barings. The deal values it at $1.4 billion.

- Galderma, a Swiss skincare company, is gearing up for an IPO next year, per Bloomberg. An IPO could value the business at $22 billion. EQT backs the firm.

- iFIT Health & Fitness, a Logan, Ut.-based  exercise equipment manufacturer, plans to raise up to $646 million in an offering of 31 million shares priced between $18 and $21 per share. The company posted $851.7 million in revenue in 2020 and a net loss of $98.5 million. Pamplona and L Catterton back the firm.

- TDCX, a Singapore-based digital customer experience solutions company, plans to raise $338 million in an offering of 19 million ADSs priced between $16 and $18 per ADS. The company posted $323.4 million in revenue in 2020 and $64 million in profit.

- Paragon 28, an Englewood, Colo.-based foot and ankle medical device company, filed for an IPO. The company reported $111 million in revenue in 2020 and net income of $3 million.

- Cingulate, a Kansas City, Kansas-based ADHD treatment company, plans to raise up to $55 million in an offering of 5 million shares priced between $10 and $12 per share. The company reported a net loss of $7.2 million in 2020 and has yet to post revenue.

- Sisal, an Italian gaming and betting company, is gearing up for an IPO in Milan for early next year. An IPO could value the firm at $2.6 billion. CVC owns the firm.

- Polestar, a Swedish electric vehicle company, plans to go public via a merger with Gores Guggenheim Inc., a SPAC, per Bloomberg. A deal would value the company at $20 billion. Volvo and its parent company, Zhejiang Geely Holding Group, own a controlling interest in the firm.