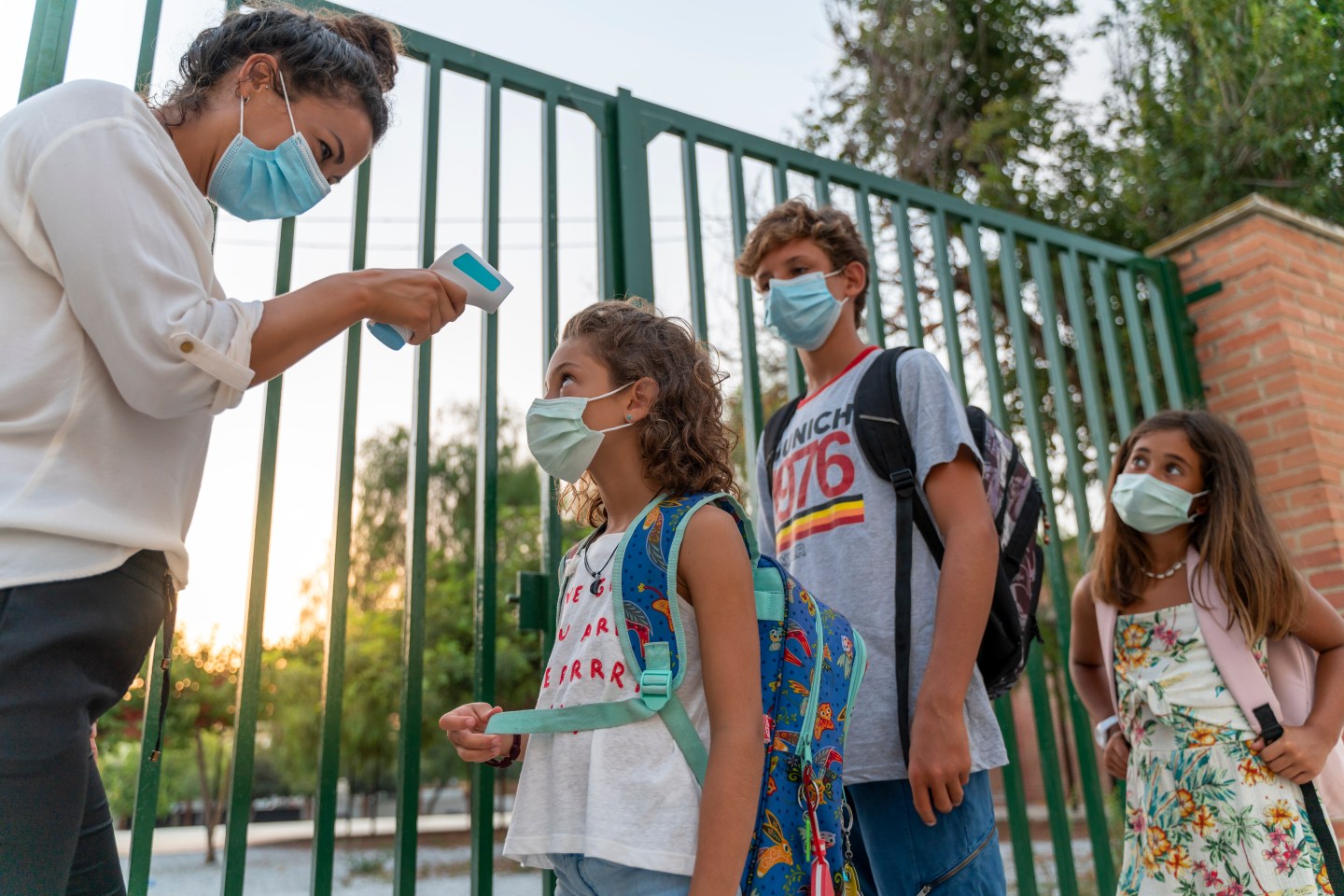 Kids are returning to school amid the continuing surge of the delta variant.
Getty Images

Good morning, Broadsheet readers! There’s still a gender gap in MBA programs, Spring Health sets a unicorn record, and we want to hear from working parents. Have a great weekend.

– School us. Here in New York City, the public schools started up on Monday, sparking tons of wonderful “first day” photos, as well as a potent brew of relief and anxiety.

The return to school is a huge moment for kids, obviously—but also for working parents everywhere, who are holding their breath in hopes that this year might be marginally less chaotic and draining than the last.

As the fall kicks into gear, we at Fortune want to hear from working moms and dads about how you’re approaching the new school year. What’s frustrating you, what’s making you happy, and how is your employer is supporting you (or not!) though this complicated time?

Let us know here. Please keep in mind that we plan to publish your responses, though we will remove any personal details. Questions? You can send them my way at Kristen.bellstrom@fortune.com.

In the meantime, good luck—and please keep those photos coming!

- Welcoming workplaces. In the market for a new job? Well, maybe this new list from Fortune partner Great Place to Work will help with the hunt. It ranks the 75 best large workplaces for women. Top on the list are Hilton, American Express, and Bank of America. Fortune

- Life without Merkel. Polling in Germany shows that the conservative bloc's first election without Angela Merkel as chancellor in almost 20 years is shaping up to be a "historic failure" for the coalition. With the election two weeks away, Merkel's absence from the campaign trail, voter fatigue towards the governing alliance, and a "gaffe-prone" candidate are all contributing to the expected results. Wall Street Journal

- Search history.  Actress-turned-business mogul Zhao Wei has been a fixture in Chinese pop culture for two decades. Last month, she was scrubbed from the Internet as part of China's Communist Party's crackdown on the entertainment industry and celebrity culture. Searches for Zhao's name and film and TV projects bring up no results. Wall Street Journal

- Out of this world. When SpaceX launched a rocket into space Wednesday night, 29-year-old Hayley Arceneaux became the youngest American to travel to space. The physician assistant and childhood cancer survivor is one of four "tourists" to travel on the three-day mission. CNN

- Pastoral vs. political. Pope Francis weighed in on the ongoing debate among U.S. Catholic bishops, some of whom have sought to prevent President Biden, who is Catholic, from receiving communion because of his political support for abortion rights. The pope said that bishops should make decisions from a "pastoral" standpoint rather than a political one. CNN

- Until he ain't hungry anymore. Any Kacey Musgraves fans here? On her new album Star-Crossed, she has the song "Breadwinner" about a relationship where a partner starts out impressed by a woman's success, but grows jealous and insecure over time. The song is resonating with women who out-earn their partners, The Lily reports. The Lily

Why abortion rights are a workplace issue Quartz

"I certainly realize that’s not the norm for most actresses of my vintage."