Disney World will begin charging to skip in line 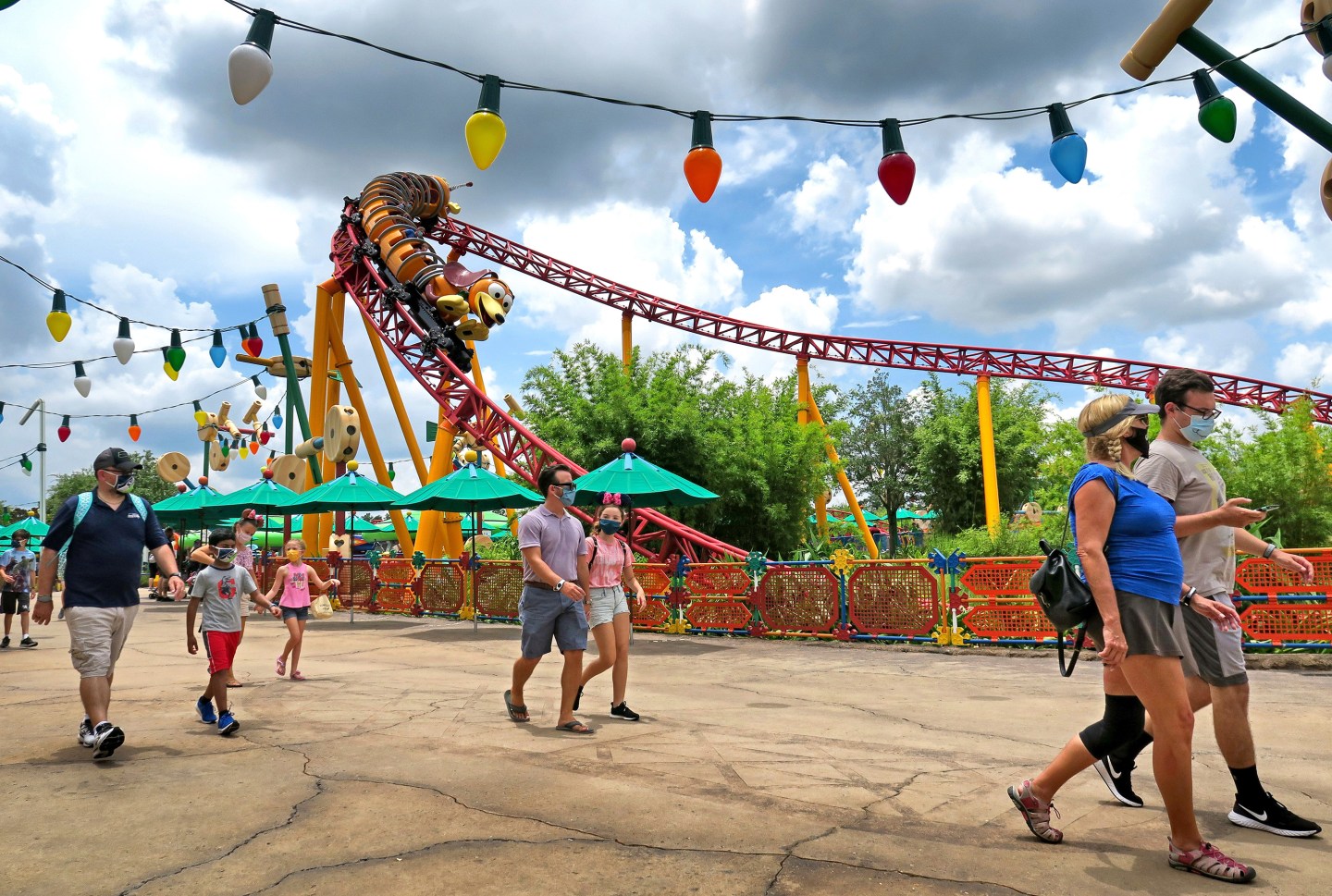 Visitors to Walt Disney World in Orlando are going to have to pay to skip lines at the park starting this fall.

The Walt Disney Company on Wednesday unveiled details about its upcoming Disney Genie service, which is designed to help guests maximize their time in the park. The service, which will be integrated into Disney’s existing apps, will also feature two pay features that will let people schedule times on popular rides.

Disney Genie+ will give visitors access to shorter wait times at 15+ popular attractions at Disneyland and over 40 attractions at Walt Disney World. California guests will pay $20 for that access, while those in Orlando will pay $15. The company did not set an exact launch date for Disney Genie, saying only that it would launch this fall.

Disneyland guests are already used to paying for shorter lines via a service called MaxPass (which also costs $20). But Walt Disney World, which draws more visitors according to TEA/AECOM, has always offered the FastPass perk for free, letting people ensure shorter lines for up to three attractions at a time.

Disney did not give the full list of rides that will be covered by Genie+, but did mention Big Thunder Mountain, Haunted Mansion, and Millennium Falcon: Smugglers Run.

A second feature, called Lightning Lane, will let visitors schedule ride times for up to two high-demand attractions per day at an additional charge. The rides featured in Lightning Lane will be different from those in Genie+, the company said, name-checking the Seven Dwarfs Mine Train at Orlando’s Magic Kingdom (which celebrates its 50th anniversary this year) and Radiator Springs Racers at Disney California Adventure Park. Pricing will vary by date, attraction, and park.

Longer, free standby queues and virtual queues (the system used for popular attractions such as Star Wars Rise of the Resistance) will still be available for most rides, officials said. The MaxPass and FastPass services are being retired. (Both have been suspended since the parks reopened after they were forced to close owing to the pandemic.)

Previously, guests at Disney World could reserve a FastPass up to 60 days in advance, but guests using Genie+ will not be able to make reservations that early. Slots on the rides will become available day-of when the park opens, but guests staying at Disney hotels can begin making reservations as early as 7 a.m., the company said.

Disney Genie+ will also include audio experiences and photo features for guests. Walt Disney World visitors will be able to take pictures with augmented reality lenses. Disneyland visitors can download unlimited PhotoPass pictures (from park photographers and on-ride pictures) from their day at the park.

Disney Genie was first announced in 2019 at the company’s D23 Expo, but little information has been released since then. In unveiling the service today, the company also showcased free features, including a personalized itinerary, in which guests tell the app which rides they enjoy (or overarching themes important to them, such as princesses, Star Wars, or Pixar) and the app will offer a suggested plan for the day, based on forecasted wait times.

Guests will also be able to join restaurant wait lists from the app and view forecasted wait times for rides.

“Disney Genie listens to the preferences that guests share with us to help design their best day and deliver an experience that’s made just for them,” said Josh D’Amaro, chairman of Disney Parks’ experiences and products division, in a statement. “Pairing incredible technology with more than 60 years of expertise about how our guests visit the parks, Disney Genie will personalize their Disney day, allowing guests to spend less time planning and waiting and more time doing the things they love.”