Uncategorized ·Innovators of the Fortune 500 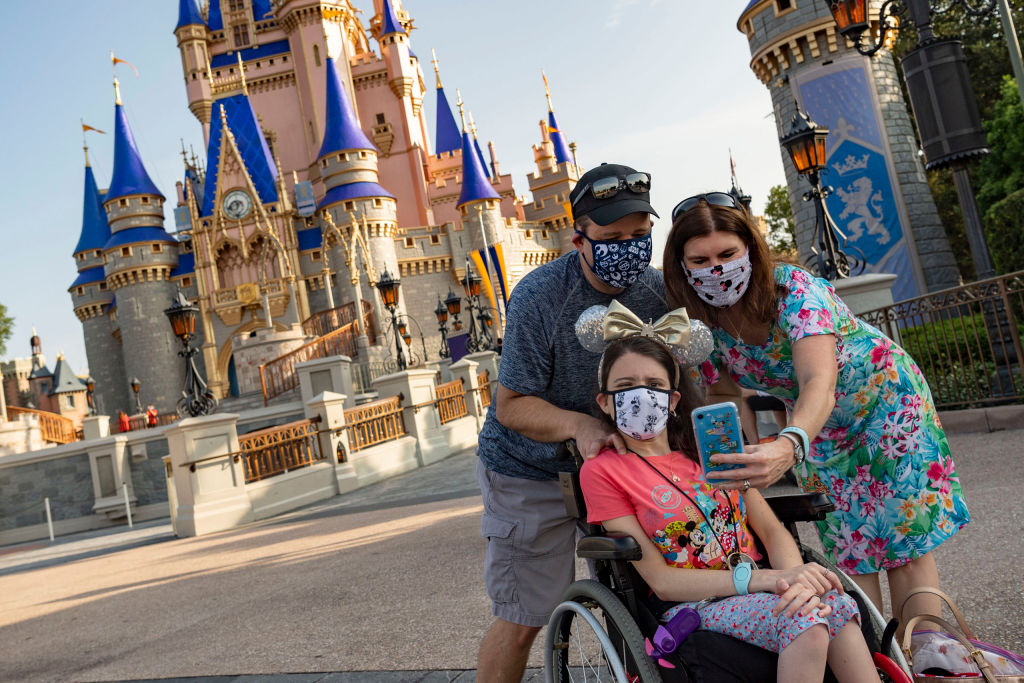 Before COVID-19 disrupted life as we knew it, Walt Disney World had only unexpectedly closed seven times in its then 48.5-year history. But as the coronavirus spread out of control, the Magic Kingdom closed its gates. They would remain shut for nearly four months.

The reopening, on July 11, brought changes to the park. Park Hopping was gone. Parades, fireworks, and character meet-and-greets were canceled. The FastPass program was put on hold. And park capacity was limited to just 25%.

It was a nerve-racking time for both the company and guests. Would the popular park be a breeding ground for the virus? Would guests still feel the Disney magic with so many changes?

The feared hot-zone effects never happened. And guests, it turned out, continued to be enchanted by the park. Now, as officials relax more guidelines and vaccination rollouts continue, Disney’s getting ready for a broader reopening—and many of the elements that it was forced to make in the early days of the pandemic will continue to be a part of the park experience.

“What we’ve taken away from this is to be a lot more courageous and braver about the decisions we’re making, to be really, really bullish on where we think we can take the guest experience,” says Josh D’Amaro, chairman of Disney parks, experiences, and products. “As it turns out, some of those things that scared us the most turned out to be some of the things that our guests are most drawn to today.”

Guests wear masks, as required, to attend the official reopening day of the Magic Kingdom at Walt Disney World while taking the big plunge on Splash Mountain at the park in Lake Buena Vista, Fla., on July 11, 2020.
Joe Burbank/Orlando Sentinel/Tribune News Service via Getty Images

Disney had a bit of an advantage over other theme parks when it came to handling COVID-19. Shanghai Disneyland was the first major theme park to close because of the virus—and was the first to reopen. The procedures and processes the company learned from that park helped with both the shutdown and reopening of the Magic Kingdom (and, eventually, Disneyland in California).

Still, audience expectations aren’t a consistent thing. Americans weren’t likely to respond to a message like “Please scream inside your heart” (an attempt by Japanese officials to prevent the spread of virus-carrying droplets at parks in that country).

Disney World visitors wanted to see their favorite characters (though autograph sessions and hugs were definitely out). They wanted an immersive experience, both at the park and at Disney hotels. And they wanted park staples, like churros and popcorn. Most of all, though, they wanted the attractions they boarded to be more than just a two- to eight- minute ride.

That was challenging, since some ride elements made social distancing impossible. The stretching room at the beginning of the Haunted Mansion, for example, not only gets riders acclimated to the dark, but sets the stage for the ride to come. But because it requires a large group of people to crowd together, it had to be bypassed.

“We knew we would have to change, but the one thing we would not compromise on was our storytelling, making sure that any guest who walks through those gates feels the same Disney they’ve always felt,” says D’Amaro.

To do that, Disney had to shake things up. Parades were out, since having people crowded along a parade route was a hazard. But character cavalcades took their place—smaller processions that saw Disney characters walking, riding in vehicles, on mini floats, or even on horseback through the park—at a frequency that is much greater than the old parade schedule. Other characters showed up in new locations. (At Disney’s California Adventure, for example, you’ll often find Goofy fishing off the wharf.)

“These mini parades that happen throughout the day are this wonderful surprise-and-delight moment for guests,” says Lou Mongello, a Disney expert and host of WDW Radio, a long-running podcast focused on Walt Disney World. “All of sudden, the music starts, and there’s a parade of Disney princesses or the Fab Five (Mickey, Minnie, Goofy, Donald, and Pluto—though sometimes Daisy is substituted for one). While the experience is different, it makes your day more efficient time-wise. And you almost feel like you have that meet-and-greet experience. I honestly believe they have done an exceptional job through incredibly challenging times.”

Some rides got new entrances. Disneyland guests who visit the Haunted Mansion now bypass the stretch room, but go in a side door where Imagineers have put together a new story that brings guests into the ride.

To deal with capacity issues, Disney instituted a new reservation system called Disney Park Pass, where visitors book space in a specific park well ahead of their trip.

“The reservation system has performed exceptionally well, not only for us as a business, as it relates to the situation we found ourselves in from a capacity-restrained perspective, but from a guest experience point of view as well,” says D’Amaro. “We’ve been able to throttle guest demand and ensure that guests in the park are having a great experience, and that that booking process is simple, clear, and as friction-free as possible. We had started with a lot of this work at Walt Disney World with dynamic pricing and ticketing strategies, which got closer to a reservation system. As we entered into this situation, we put a full-on reservation system into place, something we’ve contemplated for a long time, and here it is.”

And with FastPasses gone, a virtual queue system for mega-popular rides, like Star Wars: Rise of the Resistance, opened up, requiring guests to reserve a time slot. The problem was, in some cases, those slots were all grabbed within seconds.

“There’s a little bit of learning curve for all of us, just figuring out how things are working and being adjusted on the fly,” says Mongello. “But as time moves on, things are going to open up more and more.”

Disney has adjusted and evolved both the virtual queue and Disney Park Pass since their launch and says it will continue to do so. And it’s all-in on the park reservation system, at least, for the foreseeable future.

“We’re able to move attendance levels around, guarantee a great experience, plan our labor a bit more appropriately, and plan the attractions more appropriately,” says D’Amaro. “This is something that, in some form, will exist as we move forward.”

As restrictions are eased around America, Disney is slowly bringing back some of the fan favorites it had to do away with previously. On Tuesday, for example, the company announced that the popular fireworks shows at Disney World and Disneyland would resume starting on July 1 and July 4, respectively. (Fireworks will also return to Epcot on July 1.)

One thing the pandemic allowed Disney to do was focus on research and development, and that could benefit park guests moving forward, such as Disney World’s 50th anniversary later this year, beyond the innovations it put into place during the pandemic.

In early May, the company showed off a “working” retractable lightsaber that will be part of the experience at the Star Wars: Galactic Starcruiser luxury hotel, which opens next year. And a new app called Disney Genie has been developed for Disney World that promises to make planning easier, by offering suggested itineraries and adjusting things on the fly if you change your mind about, say, a ride or when you’d like to eat.

“We’re proud of our legacy,” he says. “But at the same time, we have an obligation to defy that and push our park experience into the future. What we’ve shown ourselves in the past year [is] we can flex. We can be pretty quick and pretty bold in our decision making.”