The infrastructure bill is a coming-of-age moment for crypto 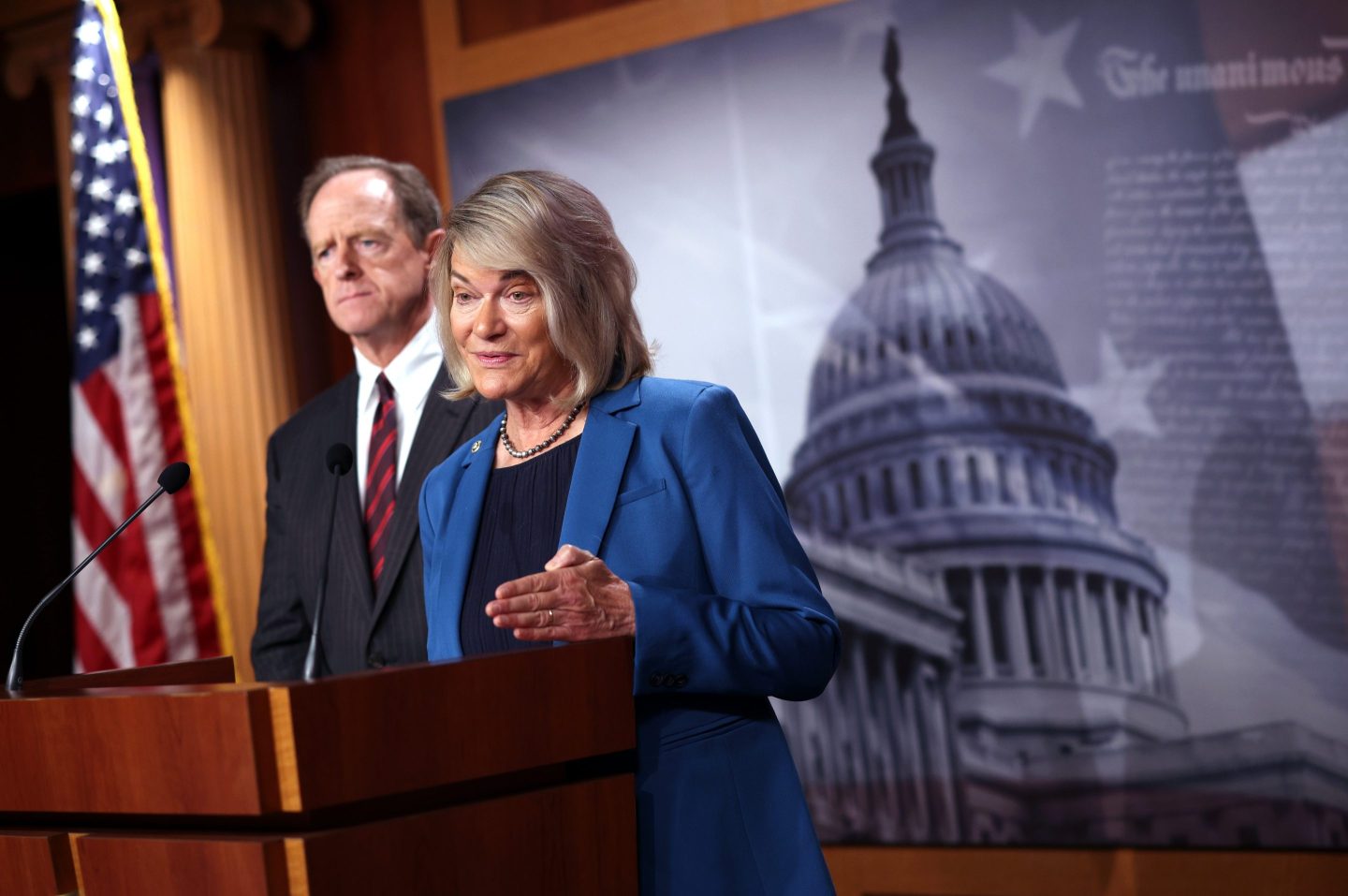 Who would have thought a once obscure, 13-year-old industry would have become one of the sticking points in a must-pass, trillion-dollar, generational infrastructure package?

Two things show that the blockchain and crypto industry have come of age. The first is that the industry was targeted in the first place in the original bill, however misguided and ill-informed the provisions were. The second is that the industry demonstrated its political weight by organizing a rapid and coordinated intervention that succeeded in producing amendments, and that thwarted provisions that should have been stricken altogether and debated as a part of a separate cross-sector discussion on harnessing exponential technology in the U.S.

As it stands, the infrastructure bill’s provisions relating to blockchain and cryptocurrency reporting appear to have survived review by the Senate, but members of the bipartisan Blockchain Caucus in the House are signaling their intention to reinvigorate the debate.

That crypto made it to the floor of the Senate at such a pivotal time shows that the industry has arrived—and the cost of arrival is the prospect of being taxed, regulated, and held to higher standards of accountability. It also underscores the perils of trying to buy political insurance when the house is on fire, and the fact that policy leaders often miss how public blockchains (and crypto more broadly) are necessary infrastructure to meet 21st-century needs and correct existing market failures.

At issue in the bill—and what has been construed by the crypto industry as a cynical move to kill a nascent technology—were two provisions. The first relates to tax compliance, and it would raise up to $30 billion over 10 years by taxing the industry, or so the bill’s proponents argued. The second relates to cryptocurrency transactions and would have determined which types of entities would be construed as financial intermediaries, thereby having reporting requirements imposed on them.

While both original provisions were flawed, the definitional overreach on which entities should be reporting intermediaries in a cryptocurrency transaction is the most troublesome. It would negate the market reality that crypto trades and transactions are increasingly flowing to (and through) well-regulated firms and exchanges. What underpins both of these issues is the broad perception that crypto equals circumvention of financial rules and is a haven for nefarious actors bent on eroding U.S. national security through anonymous payments and new forms of Internet hot money that make ransomware possible. On both scores, correlation does not equal causality, and critics fail to acknowledge the broader consumer privacy erosion that takes place in core financial services without enhancing national security.

While there is a lot of education and myth busting to do in Washington, D.C., on the importance of open-source technologies and public blockchains, the fact remains that harnessing blockchain and the crypto industry should be a cornerstone of U.S. economic competitiveness and industrial policy. As the COVID-19 pandemic made painfully clear, any semblance of household, business, and government continuity, especially the provision of digital public goods, hinges on privacy-preserving, cyber-resilient critical infrastructure or a veritable network of trusted digital commons.

The very backbone of an emerging multitrillion-dollar industry—one that is increasingly calling the U.S. home, contributing to economic recovery, and creating thousands of jobs—is the often dismissed technology that powers cryptocurrencies, non-fungible tokens (NFTs) and an open, safe, and secure Internet of value. This is true notwithstanding the fact that traditionalists must suspend disbelief when they first encounter crypto, in the same way the early days of the Internet evoked anxious ambivalence or fear.

Rather than circumventing the rules, many of these technologies (and the responsible technologists and companies that are harnessing them) are enshrining law and responsible market conduct into code. This allows business models to scale to henceforth unreachable applications, use cases, markets, and people, billions of whom are hopelessly out of reach of the formal economy but for digital transformation, of which blockchain and crypto are essential parts.

One example is how the power of blockchain-based payment systems would have been a difference maker during the onset of COVID-19, which triggered unprecedented government economic intervention to stave off financial ruin. More than $6.6 trillion (and counting) in taxpayer-funded intervention has been mobilized to address the deleterious effects of the pandemic on U.S. households, small businesses, and other vulnerable industries. In mobilizing this economic stimulus, sums not seen since war times, the value, speed, trust, auditability, and reliability of blockchain as foundational infrastructure would have added value.

Reports show that up to $400 billion of unemployment money may have been lost due to fraud. Billions more were sent to the wrong recipients or lost altogether due to the opacity and slow-moving nature of traditional payment methods. Similarly, as the IRS has reported, the U.S. labors under a trillion-dollar tax gap. While the crypto industry has been singled out as an essential source of tax receipts (and no responsible company in this industry would negate its tax obligations), the real gain in public revenue collection, attribution, and recognition lies in legal and technological complexity—all things that blockchains are well-suited to addressing. Indeed, an EY-backed initiative called the Prosperity Collaborative is meant to address these issues in a public-private manner.

The 2,700-page infrastructure bill represents an important generational opportunity for the U.S. to upgrade its physical and digital infrastructure to meet the challenges and demands of the 21st century. Along the way, the role of industry, whether traditional or nascent, as a contributor to improving U.S. economic competitiveness and our collective commons is as much a cornerstone of post-pandemic recovery as it is a pillar of long-range national security. On both fronts, the trust and power of collective witness and a technology that enshrines unique value on the Internet, while democratizing access, creates a uniquely American answer to a world that has reached a point of diminishing returns.