Democratizing the luxury economy: How NFTs empower artists and creators 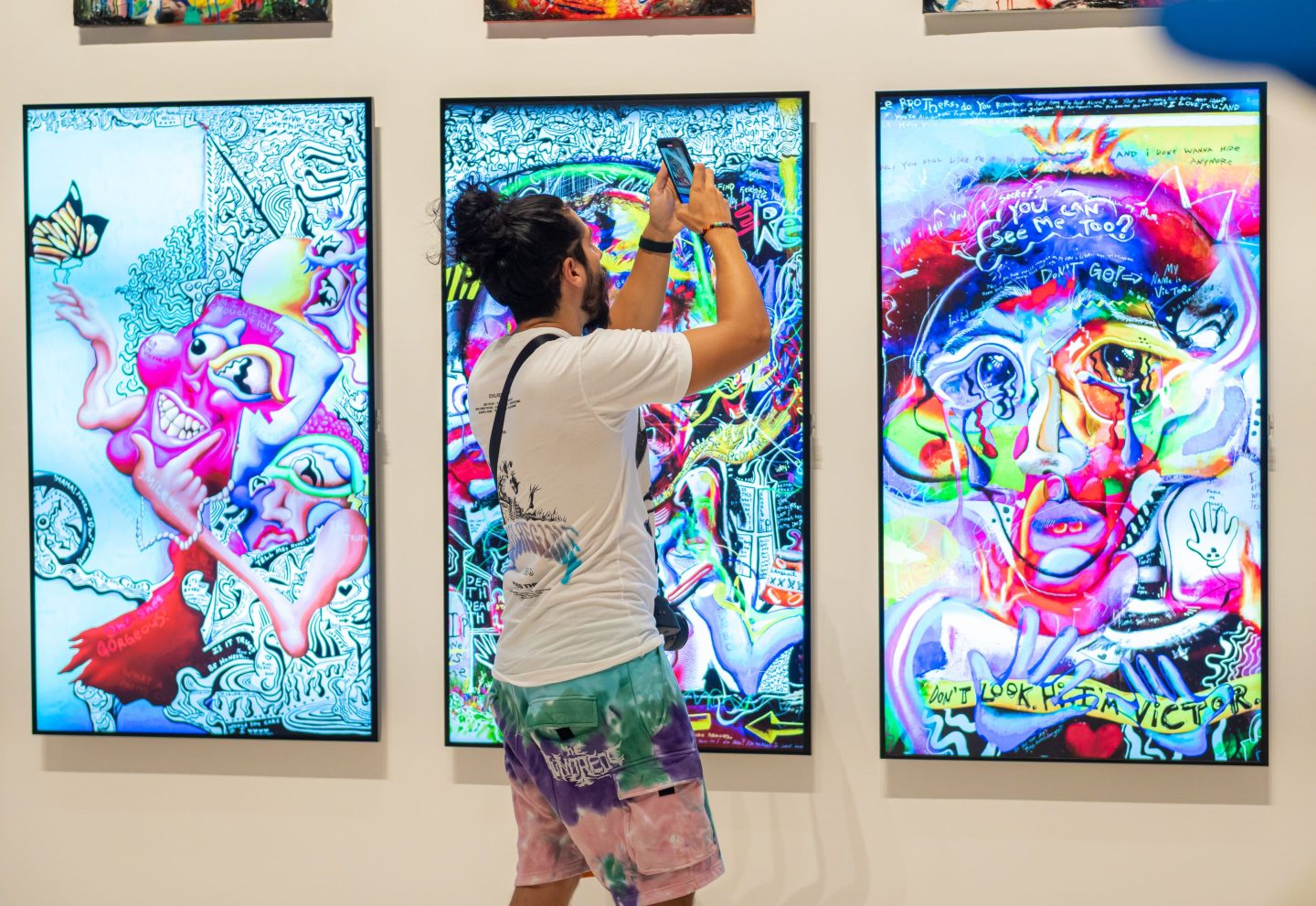 It would seem the highest order of recognition for an economist is to have an observable phenomenon named after you. In Adam Smith’s case, he is recognized for the concept of an invisible hand that guides the market, even if it is never seen and always felt.

A lesser-known economist, Torsten Veblen, observed a phenomenon in which the price elasticity of demand was challenged by certain types of goods whose demand, and therefore their price, would increase the more they were coveted. These became known as Veblen goods—a class of products whose prices increase the more sought after they become. Luxury goods such as a Rolex watch, which ostensibly has fewer features than a potentially life-saving Apple Watch, fall into this category and tend to appreciate in value depending on their rarity.

Non-fungible tokens, or NFTs, are the world’s first digital Veblen goods, even though they may require the suspension of disbelief among traditional economists, digital numismatists and the collectors of life’s rarer things.

Indeed, that NFTs are breaking into the otherwise inaccessible world of fine art and auction houses has been assured by the artist Mike Winkelmann (aka Beeple), whose digital masterpiece Everydays: The First 5000 Days, sold for $69million. This was the 255-year-old auction house Christie’s first digital auction, and the piece among the 100 most valuable artworks ever sold—yet it has no tangible form, allowing beauty to also exist in the eye of the digital beholder.

NFTs represent a booming marketplace of more than $2 billion and growing, just in the first quarter of 2021. NFTs are also getting blockchain back to its original promise of democratization and digital scarcity, creating another multi-billion-dollar segment like esports, online gaming and the lucrative business of digital consumables or in-app purchases. Content creators in the internet era have long suffered from an insidious socialization of their creativity and intellectual property along with a privatization of gain—typically at the hands of often usurious publishers, producers or auction houses. The rapidly evolving NFT market is changing these dynamics.

The content creator market often only pays royalties once, or, if you are lucky on a sliding scale, as if creativity and its value have a half-life. This happens because trademark or copyright abuses are impossible to police on the internet—giving rise to two of the scourges of the internet, copyright trolls and patent hoarding.

NFTs, like other aspects of public blockchains, leverage the innate power blockchains have in solving the accounting world’s most vexing challenge, namely double counting. In the same way that the original Mona Lisa (La Joconde) can only rest contemplatively on display in one museum at a time, NFTs introduce the concept of digital scarcity to collectibles, making the market of digital rarity accessible to everyone, from the sports enthusiasts to the digital philatelist. NBA Top Shot, which is powered by Dapper Labs serving more than a million users, hearkens back to the days when enthusiasts traded cards of their favorite sports players replete with stats.

NFTs are not a fad and while the market may be a little frothy, comparisons to the greed-fueled, internet funny money ICO bubble miss the more powerful undercurrent of what NFTs represent. They represent a shift in power structures to a creator economy. NFTs have been developed and sold by historically underrepresented black artists, for example, whose art continues to draw a loyal following as distributed as blockchain itself.

The key is digital scarcity. With NFTs, which ultimately exist virtually on a blockchain, the owner or creator can “permission” people in choosing the aperture the outside world gets to enjoy, from one individual to the scale of the internet. This relates to how an NFT is stored. Like all other prized digital assets, from bitcoin to digital dollars used for payments, they can exist in offline cold storage wallets—the equivalent of a vault—or in so called hot, internet-connected wallets for people to see and potentially abscond with. It was once unclear (and still may be) whether bitcoin is a currency, commodity or collectible, and the same now holds true for blockchain’s latest manifestation of value, NFTs. Like bitcoin or crypto more generally, NFTs may not be right for everyone, but everyone’s right to digital scarcity (and unique internet creation) should be protected.

By extension of this permission or authentication and access control process, virtual art galleries can exist showing curated collections of NFTs. Two-way marketplaces and even venerable auction houses such as Christie’s and Sotheby’s are leveraging blockchain technology and specifically NFTs to cater to the crypto wealthy by selling them digital Veblen goods. While the NFT frenzy may be skewing corporate, up-market, and occasionally gimmicky, the ultimate shift is about empowering content creators and removing the barriers to entry to tech-savvy developers. Just as eBay or Amazon blew apart the reach of physical commerce extending it to internet scale, NFTs are reducing this scale to the digital singularity of unique digital assets.

Rarity on the internet should not always translate to expensive, unattainable, or impossible to comprehend. Rather, think about all the other areas in your life where the asymmetry of information, value creation and value captured plays against you. For example, home ownership: Consider the likelihood that a corrupt official managing a land registry who does not like you, your family name or succumbs to a bribe changing how your deed is recorded? Or your life insurance policy, and how your beneficiaries (often children) may not know what they are entitled to, producing billions in unclaimed life insurance proceeds. If blockchains, which record trust like an Atomic clock records time, are good enough to enshrine a $69 million piece (bits and bytes) of fine art, are they not good enough to permanently record other items of real world value?

This story is part of Fortune’s special report on this pivotal moment in cryptocurrency—and what comes next.