Soylent, once the beverage of tech bros, finds a new audience 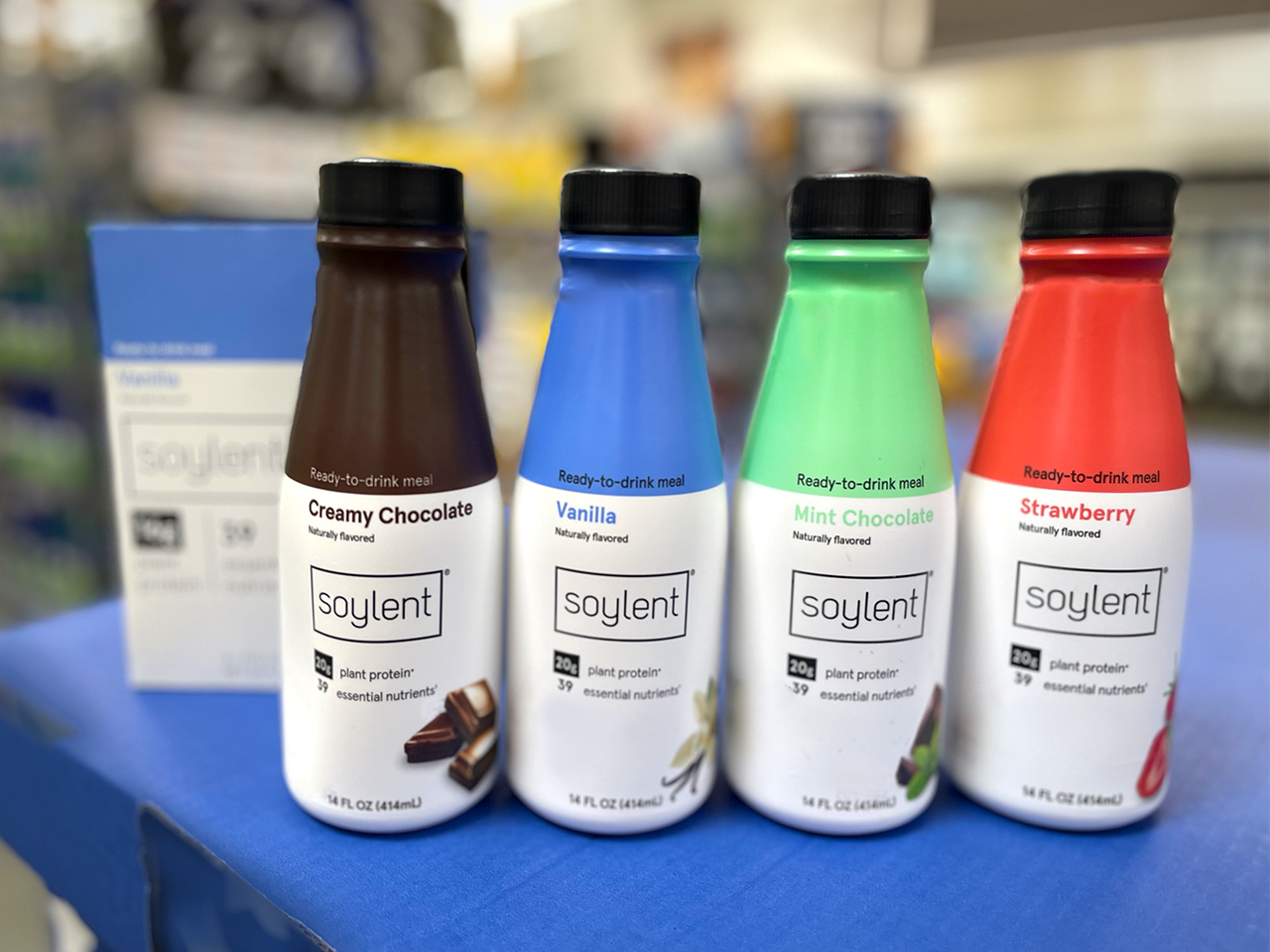 Soylent, once favored by tech bros, is finding a new audience as it grows in retail.
Courtesy of Soylent

Soylent likes to think of itself as the original food tech company.

In its early days, however, the food part of that moniker was up for debate. In fact, Soylent was the ultimate anti-food. Founded by Rob Rhinehart, a San Francisco-based engineer who thought procuring food a waste of money and time, the powdered drink mix captured the imagination of Silicon Valley tech bros who, like Rhinehart, found eating to be a chore. Soylent promised to give them all the vitamins and nutrients they needed—just add water.

Soylent went viral, with some superusers subsisting primarily on the shake-like drink for weeks at a time. It had all the ingredients of a successful tech startup, too: a rabid fanbase on Reddit, backing from the likes of Google Ventures and Andreessen Horowitz, and a founder who considered his company not just a purveyor of a product but a movement.

These days, however, Soylent is injecting a little bit more of the traditional food industry ethos and discipline into its Silicon Valley roots. One of the biggest signifiers of this shift is the entrance of Demir Vangelov as the company’s new CEO in early 2020. Vangelov’s background is in tech but also food; he joined Soylent as COO and CFO in 2018 from plant-based milk maker Califia Farms, and his resume includes a stint at Kraft. (Rhinehart, who stepped down as CEO in 2017, is still on the board but not involved in day-to-day operations.)

Soylent is growing up—in part out of necessity. The company benefited from its Silicon Valley luster, but it also had many of the problems that came with it: trying to do too many things at once, product recalls, chasing customers who were not ready for its product. When Vangelov took over, Soylent was unprofitable, and sales were stagnant. “We knew if we didn’t change something dramatically, we would run out of capital,” he says.

Now the company is reframing itself as a nutrition company rather than a maker of meal replacements—what Fast Company once dryly called “basically SlimFast for men.”  It’s a change that Vangelov says has opened Soylent up to a much bigger and more diverse consumer base. “When we were all about function, we were very, very male skewed,” he says. “We’re becoming a more inclusive brand because we care about more than just ‘easy.’”

Vangelov is also targeting what he categorizes as a “significant portion of people who cannot put on healthy weight” due to an underlying health condition, such as throat and mouth cancer or irritable bowel syndrome. “We solve some specific problems for specific people but when aggregate all of these folks,” he says, “it’s a very large group of consumers.”

To help broaden its appeal, the company last year redesigned its products to improve their nutrition but also taste. “A number of consumers who tried the product said it had good function and good benefits, but I cannot drink it all the time,” Vangelov says. A crucial part of the reformulation was reducing sugar, a challenging undertaking in the plant-based world Soylent operates in since sugar is often used to mask the chalkiness and bitterness that comes with dense nutritional ingredients.

The strategy so far appears to be working. Vangelov says the company has been consistently profitable since the second quarter of 2020 and has made more money in the past year than in the whole history of Soylent.

Soylent started out by selling its powder directly to consumers online, but its ready-to-drink bottle business in retail has driven most of its recent growth. In its top retailers, such as Walmart and Target, Vangelov says Soylent sales have grown 60% year to date. And the company launches in Rite Aid on Thursday—a move that puts it on track to nearly double its overall retail footprint by the end of the year.

To Vangelov, the success in retail proves out the company’s traction with a new demographic. “We started with the bros in the Valley,” he says. “The shoppers in Walmart are not those folks.” Indeed, the Walmart stores where Soylent is selling best are in South Dakota, Montana, and Idaho, and the data shows purchasers are also buying items like kids’ toothbrushes. “It’s a completely different profile of consumer than what we started with,” he explains.

Even as Soylent expands to new consumers, the company has been careful not to abandon a base that Vangelov describes as “unlike any other CPG or food company.” It’s digitally savvy, under 34, driven by word-of-mouth, and extremely loyal—buying the same exact product again and again through its subscription service. To recommit to this group, the company recently lowered the price of its powder product—often favored by consumers who are using Soylent for its original intended purpose as a meal replacement.

Soylent was touting the health and environmental benefits of a plant-based diet long before it became one of the hottest areas of the food sector, a phenomenon that has only accelerated during the pandemic. Like a lot of food companies, Soylent saw pantry loading in the early days of COVID-19. But toward the summer, it started to attract a flow of new consumers. Vangelov attributes the rise to people looking for healthy alternatives but not even knowing what that means.

The company discovered that the more it talked about nutrition, the more consumers paid attention. “As much as we’re spending time online, as much as we have time on our hands,” he says, “we’re struggling to find good information about what’s good for me.”