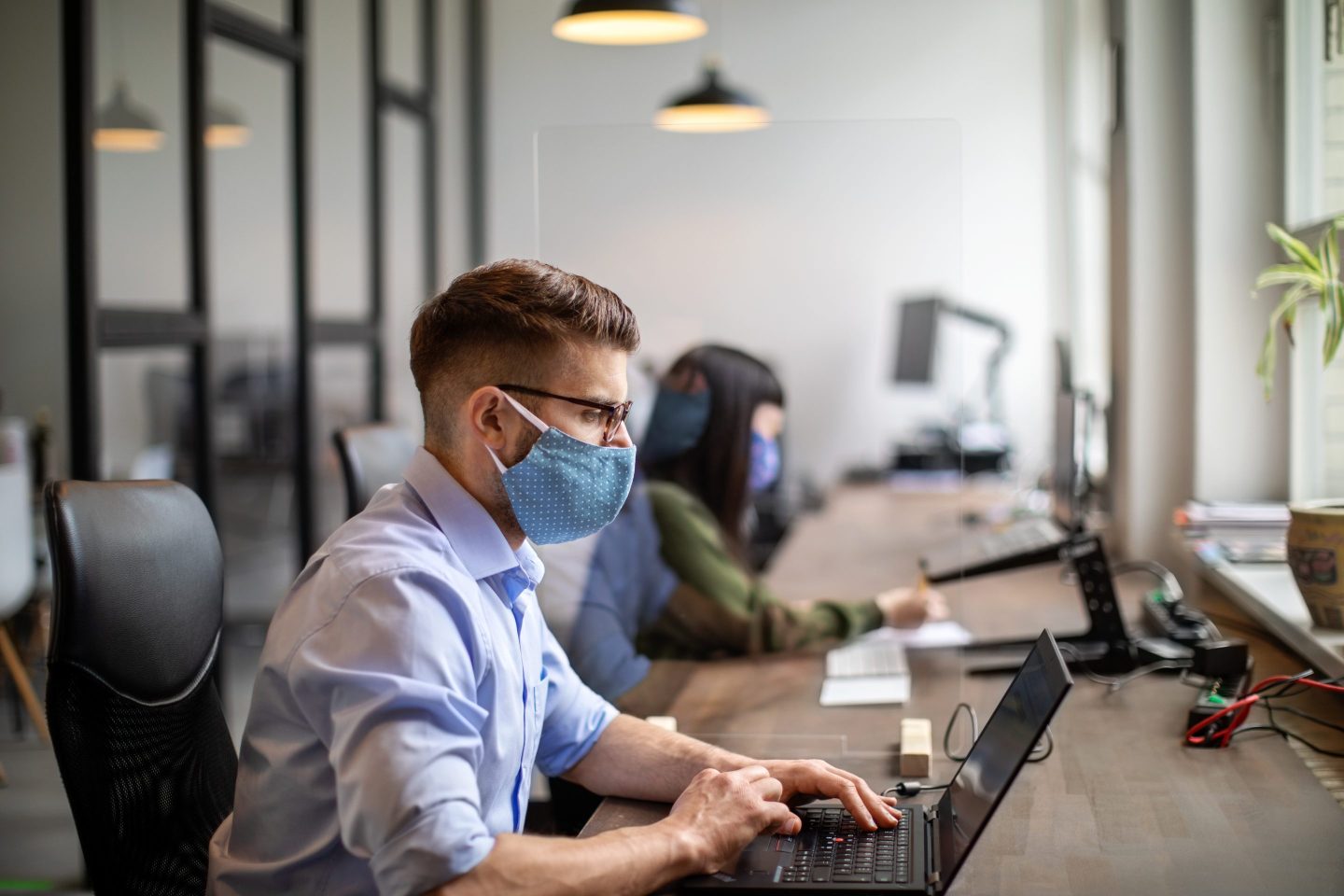 With vaccine effectiveness against the coronavirus Delta variant dropping to 39%, according to a new report from Israel, it’s pure folly to pursue a normal office return. Make no mistake about the danger: The Delta surge is forecast to grow much worse in the next few months. Indeed, the CDC is considering asking vaccinated people to wear masks indoors and moving toward recommending booster shots.

Yet many large companies and midsize firms, along with the federal government, are forcing employees who successfully worked from home during the height of the pandemic to return to the office. Over a third have already returned and most of the rest are slated to return by the end of summer or early-to-mid-fall, when schools will reopen and Delta cases will soar.

Why are the federal government and household-name companies—Apple, Xerox, JPMorgan, Goldman Sachs, American International Group, and Abbott Laboratories—putting the health of their employees at serious risk? And why are they practically guaranteeing mass employee flight as part of the Great Resignation prompted by pressure to return to the office?

After all, in-depth surveys of employee preferences on returning to the office—even before the Delta surge—show that about half are willing to quit if not given their preferred work arrangements. The surveys reveal that a quarter to a third of employees want full-time remote work, while over half want a hybrid schedule of a day or two in the office.

Many have already quit due to employer plans to force them back to the office. Fears over the Delta surge will undoubtedly prompt even more to quit rather than risk their health due to breakthrough infections.

The reason that so many large employers fail to listen to the concerns of employees, whether about their work preferences or their health, stems from the wishful thinking of dangerous judgment errors called cognitive biases. These mental blindspots lead to poor strategic and financial decision-making when evaluating options. They cause leaders to go with their gut and follow their personal preferences instead of relying on best practices for returning to the office.

The biggest threat in underestimating the Delta surge comes from the normalcy bias. This dangerous judgment error leads us to underestimate the likelihood and impact of disruptive events.

Consider that we already had clear evidence of U.S. COVID-19 cases caused by Delta beginning to surge in early June. We also had clear evidence already in May of a Delta-caused explosion of cases in countries with higher rates of vaccination than in the U.S., such as the U.K. and Israel.

Big employers pride themselves on making data-driven decisions. They have the data: It is right under their noses. And they don’t have the excuse of not knowing about the danger of an explosive growth in COVID cases. Yet despite the clear and present danger of Delta, they’re insisting on forcing their employees back to the office.

Another major mental blind spot at play, the planning fallacy, causes leaders to make overly optimistic plans and refuse to change them despite new evidence showing their folly. After all, changing your plans implies that you got them wrong in the first place. Weak leaders frequently refuse to admit they are mistaken and to acknowledge the need to change their plans. By contrast, strong leaders show the courage of changing their minds when new evidence shows a need to pivot.

Fortunately, a small number of companies are showing the courage to revise their plans. Yet many of these revisions are Band-Aids rather than true pivots.

Apple, for instance, delayed the return to the office from September to October. Yet this one-month delay shows that Apple just doesn’t get it. Not only is the Delta variant slated to peak in October, but there’s a bigger issue at hand.

Apple and the other large employers forcing employees back to the office need to face the reality that vaccine immunity wanes in a few months. At the same time, new variants are emerging, such as Delta Plus, which might be even worse than Delta.

Delta is a short-term issue with a long-term tail of multiple, similar scenarios. Not facing this patently obvious unpleasant reality stems from a cognitive bias scholars call the ostrich effect, after the mythical notion that ostriches bury their heads in the sand when facing danger. Research suggests that denying negative reality is a top cause of CEOs getting fired, cited by 23% of members of boards of directors that terminated their CEOs.

Overcoming normalcy bias, planning fallacy, and the ostrich effect in the return to the office requires relying on research-based best practices. That means a mainly hybrid model of a day or two in the office for most employees, who should be able to move easily to full-time remote work when needed. A substantial minority of employees should work full-time remotely, if they wish to do so and demonstrate effectiveness.

This best-practice setup maximizes the benefits of in-office collaboration for those employees who benefit from it most while retaining top talent that would leave if not permitted full-time remote work, and creates a company culture, systems, and processes that facilitate full-time remote work when needed for all employees.

Gleb Tsipursky is a thought leader in future-proofing and cognitive bias risk management, serves as CEO of the future-proofing consultancy Disaster Avoidance Experts, and is a best-selling author of several books, including Returning to the Office and Leading Hybrid and Remote Teams: A Manual on Benchmarking to Best Practices for Competitive Advantage.