Volkswagen looks to double its size in Tesla’s own backyard 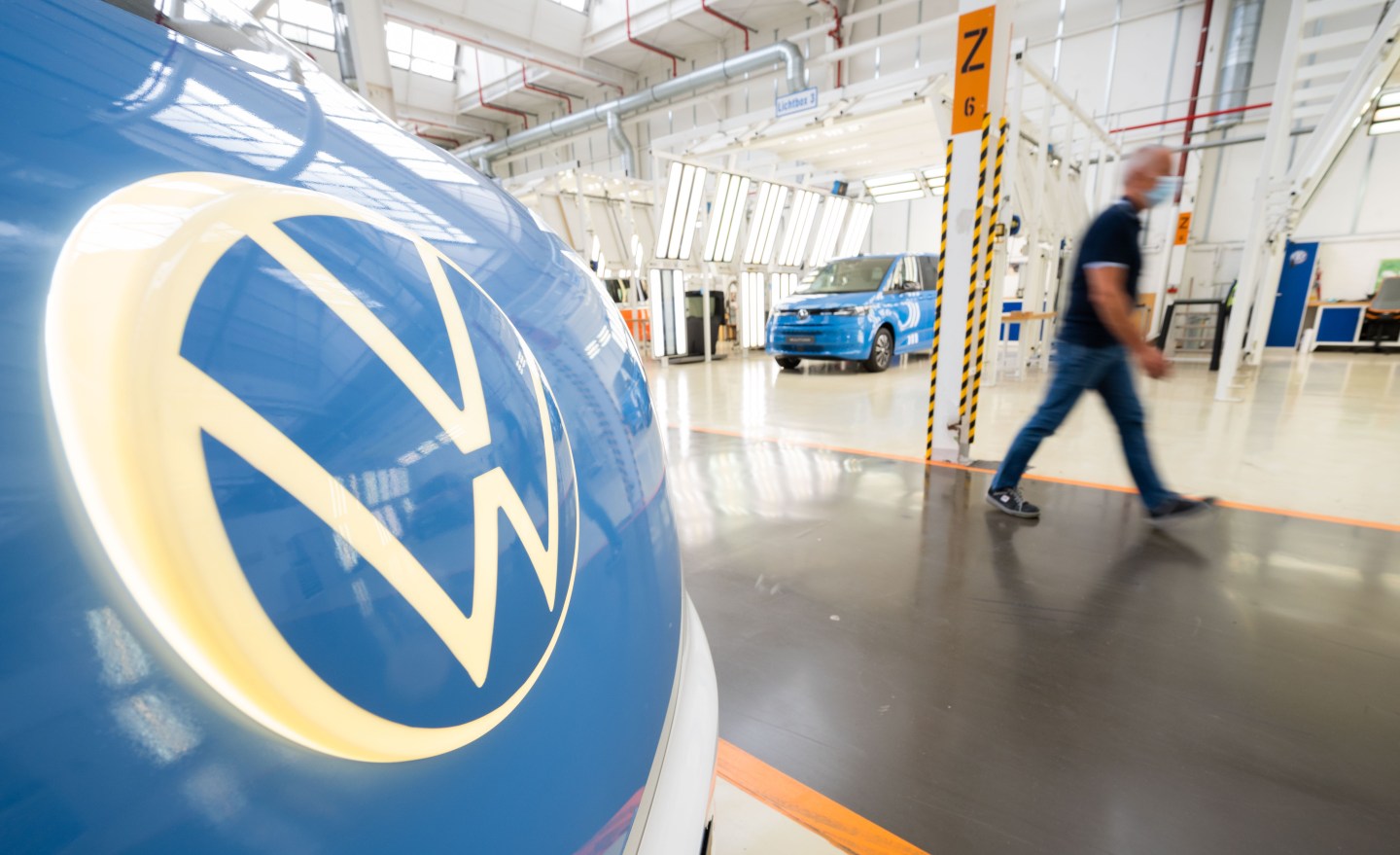 The United States will play a crucial role in Volkswagen Group’s decade-long strategy to become a one-stop shop for all autonomous and zero-emission mobility needs.

Chief executive Herbert Diess sees a “historic chance” with the new Biden administration to more than double its overall U.S. market share by 2030 to 10%—with the help of models like the electric Volkswagen ID Buzz microbus and Audi Artemis.

Biden plans to decarbonize the electricity sector by 2035 and invest more than $174 billion to accelerate the switch to battery-powered vehicles and build a nationwide network of charging stations.

Diess hopes to accumulate the world’s largest fleet of intelligent, data-gathering vehicles on the road, but he warned the shift toward smarter cars ultimately capable of driving themselves was far more radical than switching from the combustion engine to battery electric vehicles (BEVs).

“By 2030, the world of mobility will have seen the greatest transformation since the transition from horses to cars at the beginning of the 20th century,” Diess said during a presentation broadcast over the Internet. “Technology, speed, and scale will matter more than today.”

The total addressable mobility market will reach nearly $6 trillion over the course of his plan’s time horizon, according to estimates by Diess — more than 10 times the $500 billion in revenue generated by the global smartphone industry last year when including app stores.

Profits and cash flows from VW’s shrinking combustion engine business will fund the development of four common technological pillars shared across the whole group: two hardware platforms for electric cars and their requisite battery cells, as well as two software platforms for vehicle intelligence and mobility services like ride hailing.

Dubbed New Auto, the road map takes clear inspiration from Elon Musk’s playbook including a focus on software and autonomy that has resulted in Tesla’s current dominance in the EV market.

Asked how his company can possibly narrow the gap with Tesla by following behind its more valuable U.S. rival, Diess cited Volkswagen Group’s enormous reach from budget automaker Škoda to dream car manufacturers like Porsche, all sold and serviced via an extensive network of independent dealers.

“It’s an advantage to have different brands,” he told reporters and investors during a conference call afterward. “We can address a much wider range of customers.”

Ultimately VW hopes to reach a scale previously unheard of for the group by consolidating five vehicle architectures using two different propulsion systems—combustion and electric—onto just one “super platform.” These cars will almost exclusively use the same hardcase battery format it calls the “prismatic unified cell” to shave costs and complexity.

This should help it build a cumulative 40 million cars over the entire usable lifetime of this hardware architecture, all equipped with a fully upgradable software stack called “E3 2.0” that will be developed in house by group subsidiary Cariad. By comparison, its vaunted MEB platform used by the ID Buzz and ID.4 crossover is expected to underpin less than half that number.

The first model to take advantage of many of these economies of scale will be Audi’s upcoming technological flagship, the Artemis. Designed to feature fully automated driving functions only commercially found in Alphabet’s Waymo One fleet currently, it could launch in 2025 with the Volkswagen brand’s Trinity model following a year later.

Finally, following a two-year trial stage in Hamburg beginning in 2023, VW plans to begin offering robo-taxi services to transport people and goods in a specially adapted autonomous version of its electric microbus that would not need a safety driver.

The ID Buzz AD would be equipped with a highly precise 3D laser scanner called lidar to map the environment. This sensor represents one of the few departures of VW from Tesla’s strategy, as Musk has claimed he can deliver autonomous technology much earlier solely through far more affordable camera-based computer vision.

By tapping into higher margin software and services offerings outside its current core business, Volkswagen believes it can beef up its profitability. On Tuesday the group ratcheted up the target corridor for its 2025 adjusted operating margin to 8% to 9%, a full percentage point higher.

With Volkswagen anticipating demand for combustion engine cars will decline by more than 20% over the decade, the group expects half the vehicles it sells by 2030 will be equipped solely with a battery. Profit margin parity between the two powertrains should be reached two or three years from now.

To ensure the carmaker has the components it needs to achieve its plans, VW announced Spain would be the home of a third European battery cell plant with 40 gigawatt hours of capacity. The first pilot line for advanced, range-boosting solid-state cells developed by VW-backed QuantumScape would be built in the carmaker’s domestic German market.

With the VW brand and Volkswagen Group Components both holding their own strategy updates earlier this year, Bernstein autos analyst Arndt Ellinghorst said the recent proliferation of presentations doesn’t help the equity story if sales of its ID electric cars remain weak.

“What’s needed most at the moment are significant volumes of ID sales and outstanding consumer reports. If ID sales continue to fall behind expectations and technical issues persist, the credibility of all of VW’s ambitions will suffer,” he wrote in a research note. “Volkswagen’s New Auto may come in 2030, but for the next few years, ‘old auto’ will continue to drive financial performance.”