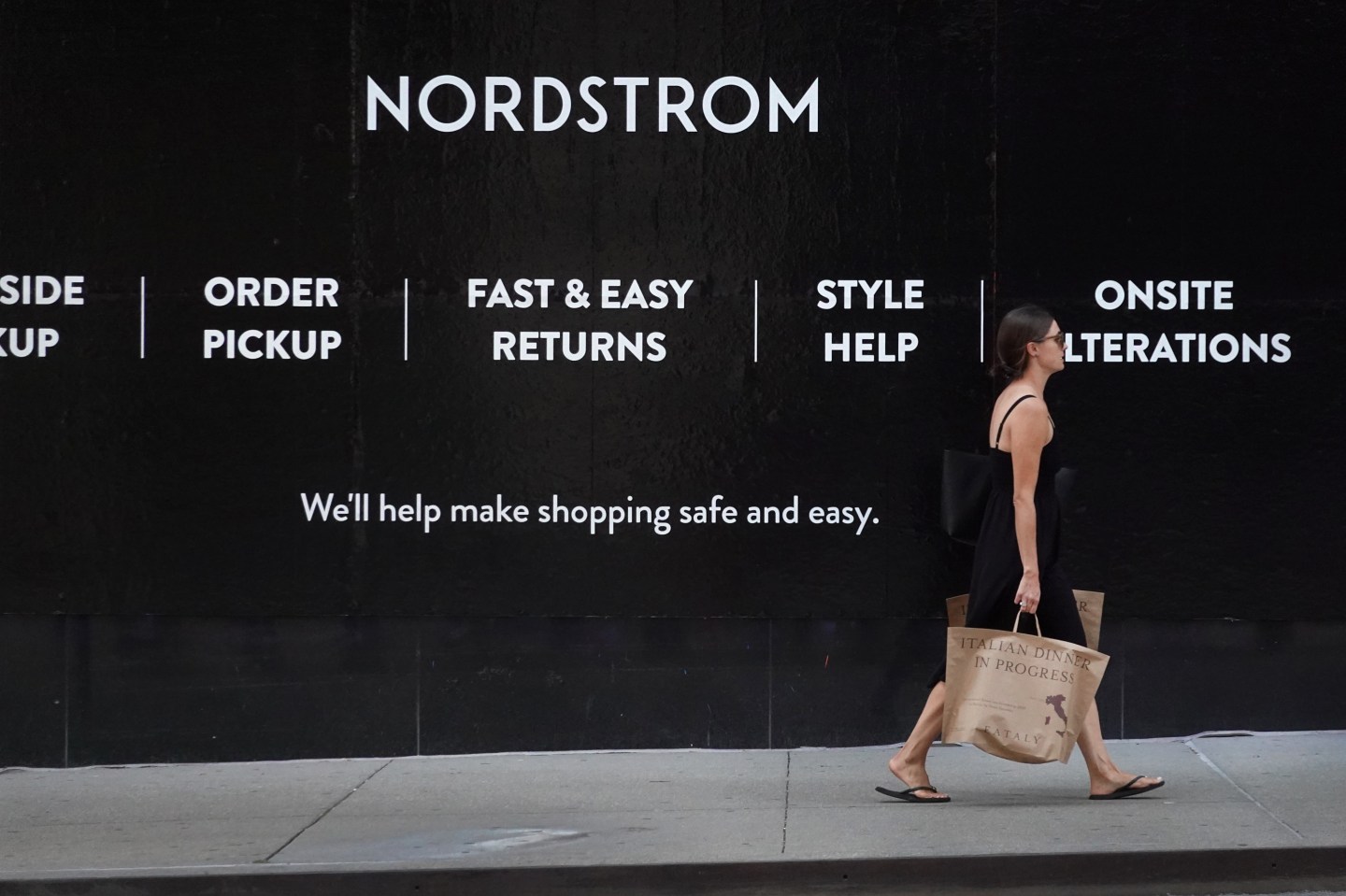 Nordstrom has for years sought to attract younger shoppers to its upscale stores and replenish its base of customers, often with limited success. Now the company is banking on a deep, new partnership with e-commerce giant ASOS to find retail’s holy grail: winning over shoppers in their twenties.

ASOS and Nordstrom announced on Monday that the department store chain would take a minority stake in the ASOS unit that recently acquired the Topshop, Topman, Miss Selfridge and HIIT brands out of bankruptcy. The size of the stake was not disclosed.

The deal will mean that Nordstrom stores will carry ASOS merchandise and be a place where ASOS customers can pick up or return online orders, giving ASOS a much coveted, large physical footprint North America. For Nordstrom, the benefit would be to get a whole lot more twenty-somethings into stores that are still disproportionately patronized by people in their forties and older.

“We could not have found a better partner in ASOS, the world leader in fashion for the 20-something customers,” said Nordstrom president and chief brand officer Pete Nordstrom.

And Nordstrom could use the help. While regarded as a well run company, it was pummeled by the pandemic and is still struggling to regain its footing. In fiscal 2020, sales fell 32% to $10.4 billion. Business at both its Nordstrom upscale business and its discount Rack sibling remained well below 2019 levels in the first quarter of this year.

Nordstrom cannot be accused of idleness in its efforts to lure younger shoppers in recent years. Those efforts have included investments in brands like Shoes of Prey and Trunk Club and partnerships with names like Madewell and Rent the Runway, whose customers can drop off a return at a Nordstrom store.

But the ASOS partnership goes much further than those and has much better odds of moving Nordstrom’s needle. ASOS, whose site carries 85,000 products, will widely expand Nordstrom’s online offering for younger shoppers at a time such customers are used to scouring further afield for fashion ideas.

Nordstrom’s online business generates almost half of company revenues now and the retailer has made it clear its future will be centered on e-commerce much more than on large, mall-based department stores. (During the pandemic, Nordstrom permanently closed 16 of its department stores, leaving it with about 100.)

The deal also allows Nordstrom to re-energize its presentation of the Topshop and Topman brands it has been selling exclusively in the U.S. since 2012. Those lines were subject to uncertainty after their parent company went into bankruptcy last year in Britain. (ASOS bought the two brands as part of a $365 million deal in February.)

As for ASOS, which gets about 13% of its sales in North America, the Nordstrom partnership finally gives it a presence in physical stores in the U.S. and Canada. That’s key to better serving its young adult clientele by not only selling wares but also offering conveniences like returns for online orders and online order pickup that shoppers have come to expect. Salesforce data earlier this year showed that Gen Z shoppers, for all their focus on e-commerce, are more likely to make an online return at a store than via mail.

ASOS has shown a deftness in growing up alongside its customers: it sells more wedding and maternity wares than before for instance. And the Nordstrom partnership will offer both retailers more options in serving these 20-somethings’, whose earning power will only grow in the coming years.

As Nordstrom CEO Erik Nordstrom put it to Fortune last month, “The customer has more options of shopping and and wants wants what they want when they want.” And its new partnership with ASOS will allow both retailers to offer them just that.