Robinhood IPO: Is the most anticipated listing of the year a buy—or a pass? 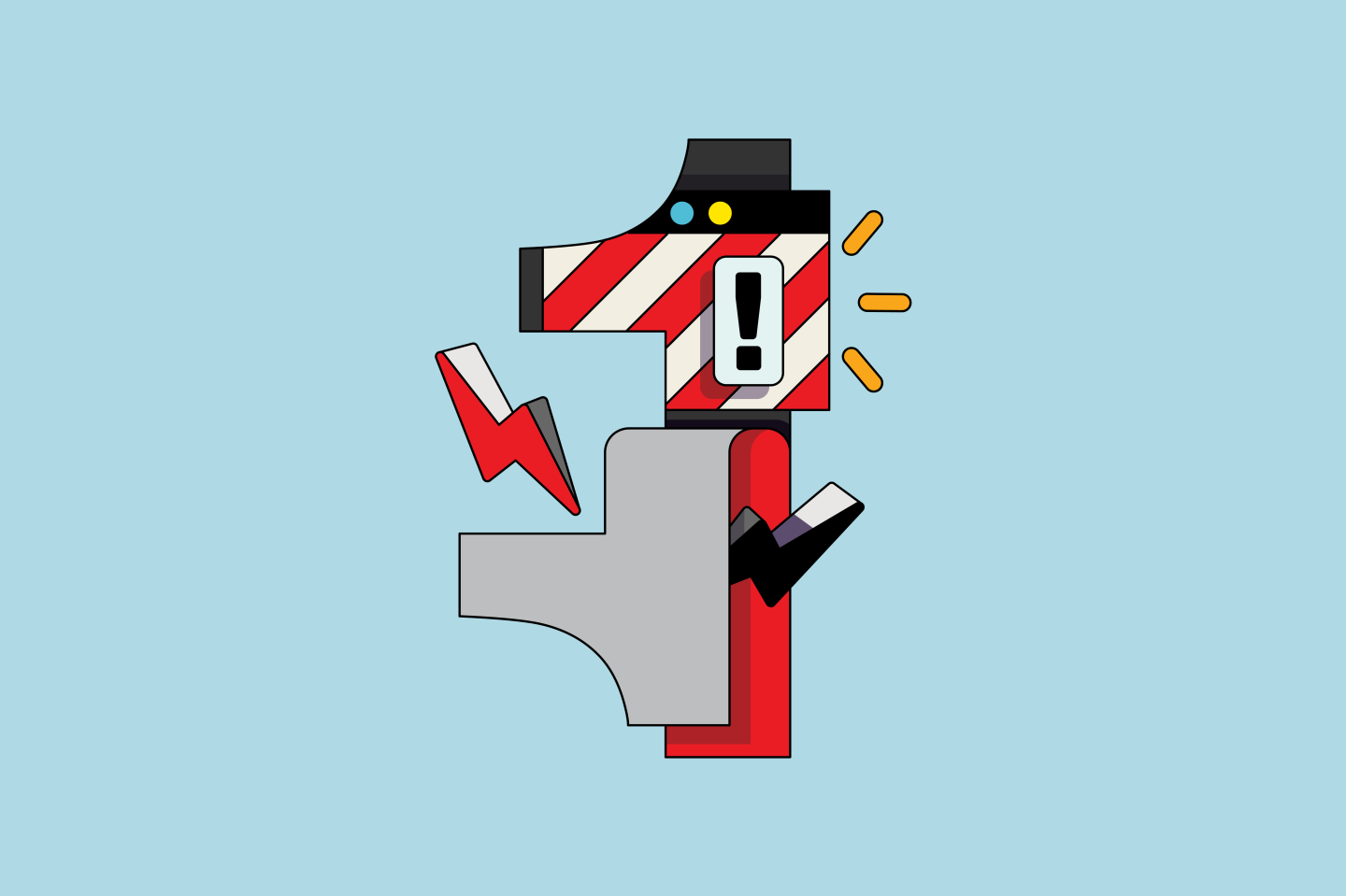 The moment that market watchers had waited for all year finally arrived on July 1, when Robinhood at last unveiled its investor prospectus and opened its books to the world in advance of its initial public offering.

The fintech app that revolutionized stock trading for the millennial generation is set to become a publicly traded company itself, with designs on an IPO on the Nasdaq under the ticker symbol HOOD. Having disrupted incumbent rivals like Charles Schwab and E*Trade with its no-commission trading model and its sleekly developed mobile app, all eyes are on how the company widely credited with ushering in the “meme stock” phenomenon will fare as a stock in its own right.

In line with its mission of “democratizing finance for all,” Robinhood’s S-1 prospectus revealed that the company plans to designate 20% to 35% of its offered shares to its own retail investor customers, through the IPO Access feature on its own platform. But the prospectus also divulged myriad details about the company, its finances, and its operations—depicting a rapidly growing startup with its fair share of controversies and risk factors for would-be investors to consider.

As always, investing in a company like Robinhood demands a thorough analysis, weighing up the pros and cons of such an investment. Here are some takeaways from Robinhood’s investor prospectus—and other recent developments around the company—to help inform whether you should take the plunge or sit on the sidelines.

The ‘bull’ case for Robinhood

Robinhood’s meteoric rise is backed by numbers detailing its prolific growth. On the financial side, the company’s revenues have been on a blistering upward trajectory; it more than tripled its full-year revenues to $959 million in 2020, and carried that momentum into 2021 with first-quarter revenues of $522 million, quadrupling those from the same period a year earlier. And unlike other high-growth tech startups, Robinhood has shown an ability to convert that growth into profits, eking out nearly $7.5 million in net income in the 2020 fiscal year (though the company is on track to post heavy losses in 2021; more on that later).

In part because of that growth, a recent analysis by S&P Global Market Intelligence pegged a rumored $20 billion post-IPO valuation for Robinhood as potentially a “conservative estimate”—with a valuation as high as $30 billion mooted as a possibility.

An expanding base of young users

The startup’s impressive growth has been underpinned by a steadily expanding base of users who skew toward a particularly youthful profile (the median age of Robinhood’s users is 31, according to the prospectus). Those young investors flocked to Robinhood’s platform amid the pandemic-induced spike in retail investing last year, and the company now has the user base to show for it; at the end of the first quarter of 2021, Robinhood had more than doubled both its total funded accounts (18 million) and monthly active users (17.7 million) from the previous year, while also quadrupling its client assets under custody to $81 billion.

The company believes its inroads among millennial and Gen Z investors has allowed it to access a heretofore untapped segment of the American investing public, giving it a competitive advantage and potentially instilling brand loyalty for years to come. Robinhood claims that roughly half of all new retail funded accounts opened in the U.S. from 2016 to 2021 were created on its platform; it notes how retail investing now represents 20% of total U.S. equity trading volume (having doubled its market share from 2010 to 2020) and cites surveys indicating that 59% of retail investors ages 18 to 34 place orders on a mobile app (compared with 30% overall).

Still, the company thinks there’s plenty of room for further growth in this regard, pointing to a Gallup poll that revealed 68% of Americans ages 18 to 29 have no money invested in the stock market at all. Accessible, easy-to-use technology like Robinhood’s is key to persuading young adults to try their hand at investing, according to the company; it cites a Harris poll showing that 81% of Americans in that age bracket would consider obtaining financial products through a tech company’s platform, rather than a traditional financial services provider.

Robinhood’s prospectus shone a light on the extent to which the company has helped fuel the rise of cryptocurrency trading—and profited, in turn, through its exposure to crypto. In the nearly three years after Robinhood introduced crypto trading on its platform, total cryptocurrency market capitalization more than quadrupled, to roughly $1.9 trillion at the end of March.

The company has benefited from the proliferation and increased popularity of digital assets; Robinhood customers held $11.6 billion worth of crypto on the platform at the end of March, while trading revenues from crypto transactions represented 17% of the company’s total turnover in the first quarter of this year. “We believe that growing interest and adoption of cryptocurrency will drive increased customer interest in our platform and that we have significant room to grow even within our current customer base,” Robinhood said in its S-1.

Robinhood isn’t limiting its future scope of business to its current product offerings. As its customers “already trust us with their hard-earned cash and assets,” Robinhood said it sees “a significant opportunity” to introduce new financial products to its customers in the future, including in the realms of saving, spending, and borrowing.

Through its Cash Management vertical, Robinhood already offers savings accounts and Mastercard-branded debit cards. But in its prospectus, the company also noted $3.6 trillion in U.S. credit card purchase volumes last year, as well as a roughly $4 trillion volume “opportunity” in peer-to-peer and micro-merchant payments. While it was short on specifics, it could be only a matter of time until Robinhood looks to unlock more value from its platform through forays into these areas.

The ‘bear’ case against Robinhood

Robinhood’s slim $7-million-plus profit in the 2020 year appears to have been the exception so far; the company incurred operating losses in each fiscal year from its inception through 2019, and appears to be back on that track this year. Robinhood reported a net loss of $1.4 billion in the first three months of 2021, compared with a loss of only $53 million in the same period a year earlier.

The company had an accounting-related explanation for its hefty Q1 loss: a $1.5 billion value adjustment charge related to the $3.5 billion in debt raised by Robinhood amid the GameStop fiasco this past winter. Still, the fact that Robinhood has remained a largely loss-making proposition over much of its course as a company—and may continue to operate in the red as it looks to further grow and expand its business—should give investors food for thought.

Where to begin? On the day before Robinhood unveiled its IPO prospectus, the company was hit with a record $70 million fine by the Financial Industry Regulatory Authority (FINRA) for an array of questionable practices, including service outages and misleading communications with customers. In the S-1, the company said it’s aware of around 50 class action lawsuits filed against it as a result of the trading restrictions it imposed during the GameStop frenzy, while federal prosecutors investigating the company have gone so far as to execute a search warrant to obtain cofounder and CEO Vladimir Tenev’s cell phone.

Meanwhile, federal regulators are more closely scrutinizing Robinhood’s practice of receiving payment for order flow (PFOF), in which it sells users’ trading orders to market makers like Citadel Securities. PFOF accounted for 81% of Robinhood’s total revenues in the first quarter of 2021—yet that hugely important chunk of its business could come under pressure from federal regulators, with Securities and Exchange Commission chair Gary Gensler having recently floated a review of the practice.

Legal and regulatory considerations account for a large part of the Robinhood S-1’s 73 pages of risk factors. Any way you look at it, the company will be in the crosshairs of regulators, prosecutors, and litigators alike for the foreseeable future.

Robinhood initially made waves with its zero-commission trading model, which forced established incumbents to adapt or die. And adapt they did; the likes of Charles Schwab, E*Trade, Fidelity, and TD Ameritrade all scrapped their own trading commissions in short order, taking a near-term hit on their revenues in the interest of staying relevant long term in a rapidly evolving market.

The problem with that kind of market innovation, however, is that it’s hard to continuously replicate. With those established players having decided to play by Robinhood’s rules, the onus is now on Robinhood to continue to differentiate itself—even as rivals have looked to consolidate (à la Schwab’s merger with Ameritrade) and further bolster their own tech offerings and capabilities.

After all, it’s not just Robinhood that offers traders the opportunity to buy fractional shares in high-priced blue-chip stocks; Schwab and Fidelity do, as well. Those brokerages are also far less reliant on any single source of revenue as Robinhood is with PFOF, instead leaning more on net interest income and other sources of cash flow. Meanwhile, those established incumbents are running tighter ships that leave fewer users miffed—with Robinhood having significantly outpaced them on customer complaints to the Federal Trade Commission, as Fortune reported last year.

“Gamification and confetti might get new traders in the door, but investors need a lot more from a firm they trust with their money,” Schwab senior vice president Barry Metzger told Fortune. “The app is just one part of it.”

Crypto transactions grew from representing only 4% of Robinhood’s revenues at the end of 2020 to 17% three months later; that growth was spurred predominantly by Dogecoin, with the Elon Musk-endorsed meme-coin accounting for 34% of Robinhood’s crypto-based trading revenues in the first quarter of this year. You would be forgiven for thinking that’s an unsustainable and tenuous driver of revenues for a would-be public company like Robinhood.

What’s more, the bursting of the meme stock bubble at large—and a corresponding decline in the number of retail traders actively accessing Robinhood’s platform—is another risk to keep an eye on. Just as the coronavirus pandemic spurred novice retail investors, armed with stimulus checks, to flock to Robinhood to invest their funds, so too could our emergence from the pandemic and a return to normalcy have the opposite effect.

“It is uncertain whether these trends and behavioral shifts will continue as reopening measures continue,” the company said in its prospectus. “We may not be able to maintain the customer base we gained, or the rate of growth in our customer base that we experienced, throughout the COVID-19 pandemic.”