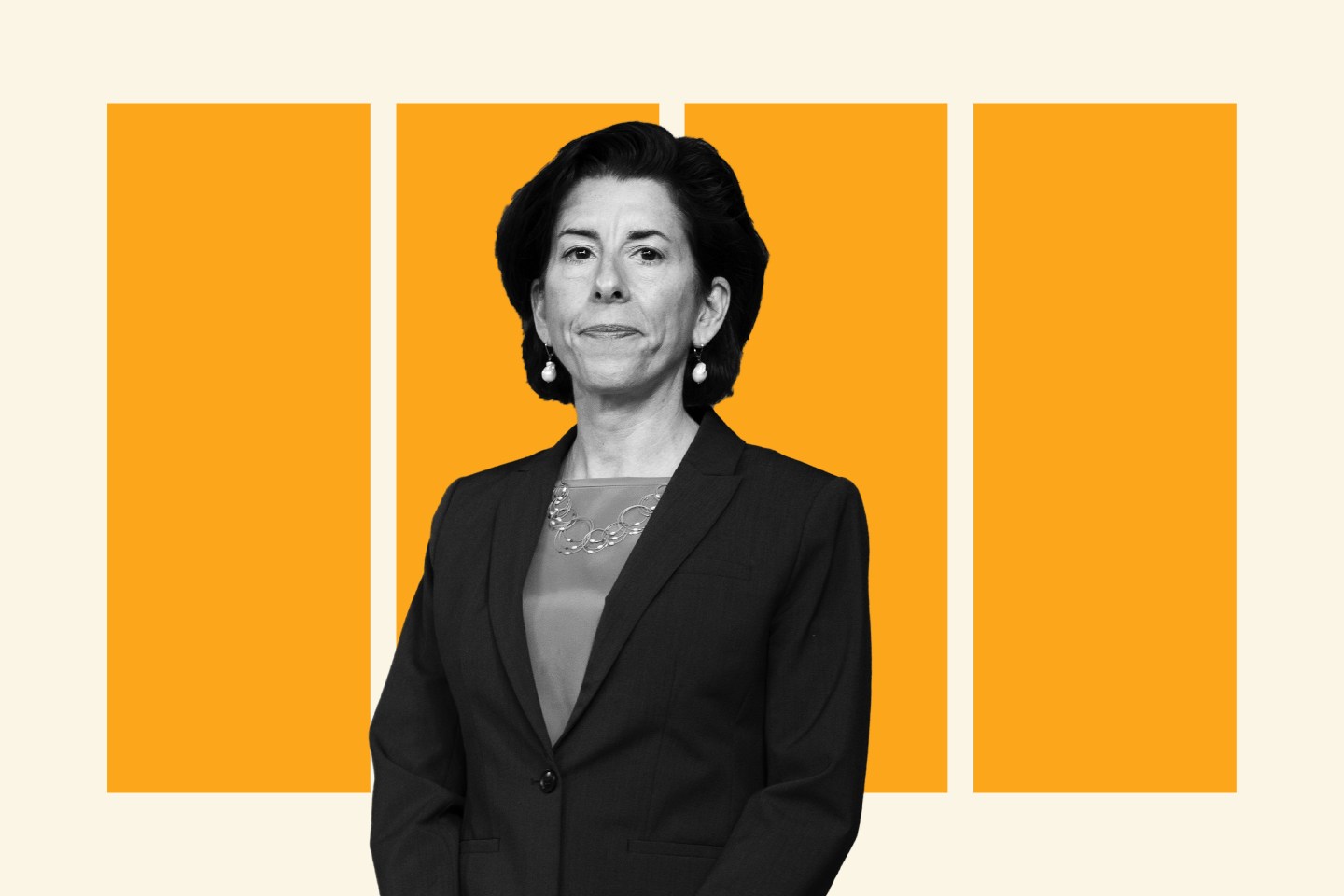 “You cannot have a strong workforce, a strong economy, and a strong democracy if women aren’t included,” Raimondo told Fortune in an interview this week, a few days after U.S. monthly jobs data showed that more than 1.6 million women are still missing from the U.S. workforce. The pandemic has erased more than three decades’ worth of women’s employment gains, putting their labor force participation rate at levels not seen since 1989.

Employers and policymakers are “underestimating the size and magnitude of the problem—and underestimating how long the problem will last if we don’t make the investments that are necessary,” Raimondo added. “As Commerce Secretary, my primary job is to focus on U.S. competitiveness, to make sure that businesses can compete globally…. And if you want to have top talent, you cannot exclude 50% of the workforce. Which is to say, women.”

Raimondo is the latest senior administration official to sound the alarm over what President Joe Biden and Vice President Kamala Harris have called a “national emergency” for U.S. women. The pandemic exposed the tremendous caregiving burdens and inequitable job opportunities faced by women, who dropped out of the workforce en masse when schools and daycares shut down. Women—and especially women of color—also hold a disproportionate share of the retail, hospitality, and other low-wage service-sector jobs that disappeared during the pandemic’s closures, and that Raimondo has warned may never come back entirely.

The June jobs numbers published Friday showed that women accounted for 47.6% of the net 850,000 jobs gained by the economy last month, and that women as a whole have an unemployment rate of 5.5%, slightly below the national average of 5.9% But the unemployment rate remains high for Black and Latina women, who are overrepresented among childcare, healthcare, and other crucial but low-paid workers.

“It’s deeply unfair that so many women of color work full time, in poverty, by doing some of the most important jobs in America,” Raimondo says. “And if you want a truly strong economy, which includes everybody, then you need more investments in job training for women; more tech and digital education available for women; and more childcare, homecare and elder care. Until we do, we will not have an equal economic comeback, and you’ll continue to see what we see now: The wealthiest have had a fantastic year, and men have done much better.”

The Biden administration has proposed several sweeping policies that would address some of these systemic caregiving infrastructure issues, including an American Families Plan that would expand paid leave and reduce the cost of child care. But bipartisan support for these broader economic proposals—and the taxes that would be required to fund them—is coming up short. Last month, President Biden agreed to a compromise with Republicans that would carve out a narrower, $1.2 billion infrastructure bill focused on roads, bridges, tunnels, and broadband. He has committed to pursuing the caregiving proposals, which may be passed through Congress along party lines through a “reconciliation” process—but that would require the administration to convince all moderate Democrat swing votes to support both the bill and that legislative process.

“Listen, I’m thrilled that it looks like we may get big investments in infrastructure to rebuild roads and bridges and such. But the majority of those jobs will go to white men,” says Raimondo of the bipartisan bill focused on physical infrastructure. “That’s great—everybody needs a good job. But COVID should open our eyes to the crisis that women face every day in the labor market, and to the barriers they face to getting jobs and holding down jobs.”

A onetime venture capitalist and the former governor of Rhode Island, Raimondo is well-liked by the business community and a moderate Democrat who enjoyed bipartisan Senate support for her confirmation to the Cabinet. She’s now using that position to try to convince big companies—and the business-minded politicians who represent them—that overhauling the nation’s caregiving infrastructure is worth higher taxes, as a necessary cost of doing business.

“Businesses need to support these investments in the care economy, in the same way that they would support investments in anything else—roads, bridges, airports, Amtrak,” she says. “Women need to be able to go to work and reliably hold down a job without worrying if their kids are being cared for—or spending half their income on childcare.”

Raimondo also urges employers to view these policies as fundamentally linked to the diversity, equity, and inclusion pledges that so many big companies made, to much fanfare, last year.

“You cannot say you believe in equity, and then not support investments in childcare, home care, or paid medical leave. Because the lack of that care and educational infrastructure hurts women, and hurts women of color, much more so than men,” Raimondo adds. “Now is the time to make critical investments in our care economy and care infrastructure, so we can increase women’s participation in the labor force and have vibrant economic growth. We cannot wait. It has to happen now.”

Raimondo and U.S. Labor Secretary Marty Walsh will address Fortune 500 CEOs at a virtual Fortune CEO Initiative event next week, where they will discuss technology, reskilling, and the future of the workforce.