Women are missing out on workers’ newfound bargaining power 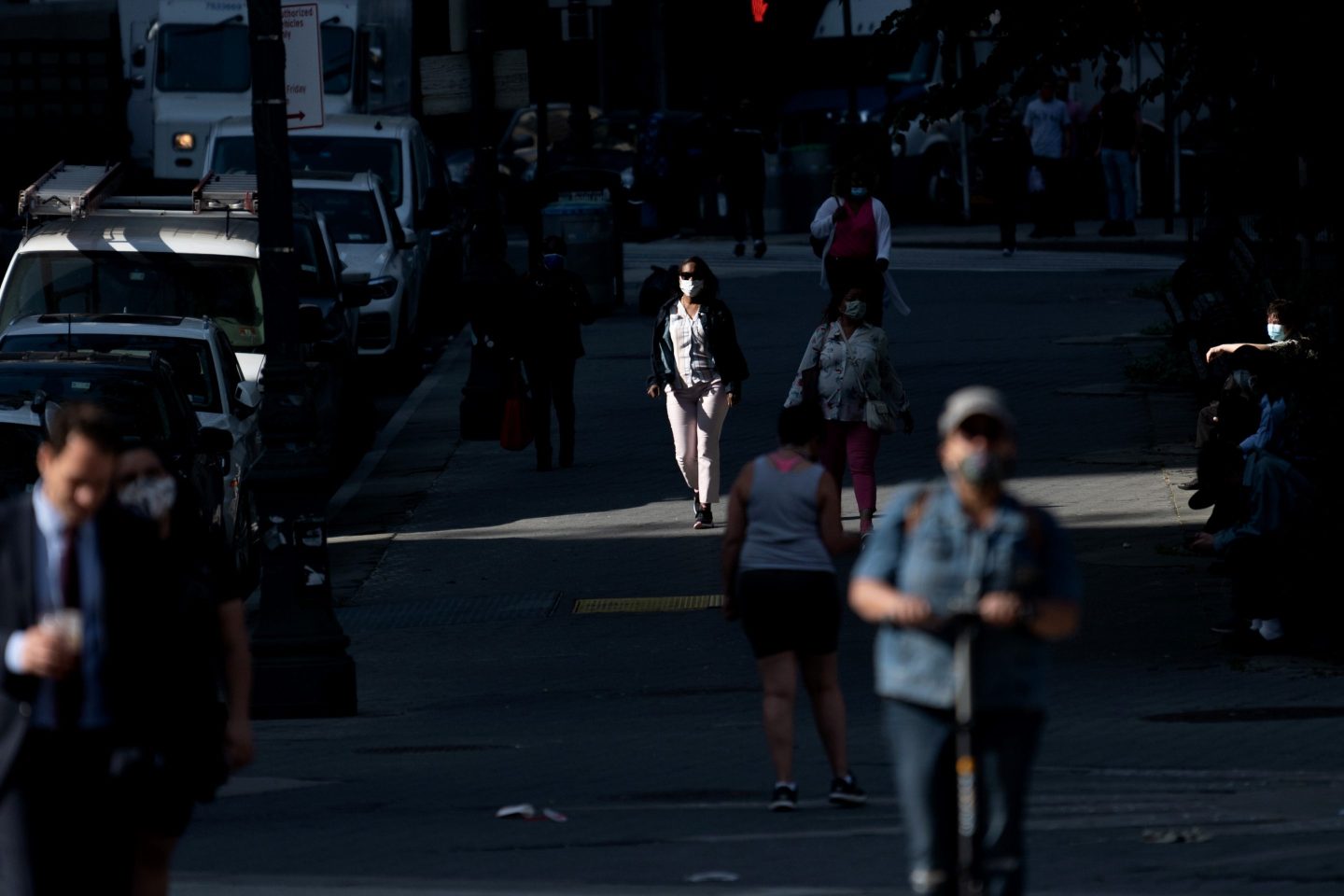 A woman wearing a mask walks through a patch of sunlight in Lower Manhattan on May 25, 2021 in New York City.
Alexi Rosenfeld—Getty Images

Good morning, Broadsheet readers! The New Yorker goes inside Britney Spears’ conservatorship, Wimbledon found its breakout star, and too many women are still sidelined from the labor force. Have a terrific Tuesday.

– Re-entry woes.  Just before the holiday weekend in the U.S., the country got good economic news. The economy added 850,000 jobs in June, the biggest one-month gain since last summer.

The upbeat report signaled that women are regaining some of the jobs they lost in a crisis that disproportionately hurt female workers. Women accounted for 47.6% of the new jobs added, and 148,000 women re-entered the workforce, meaning they either found work or are actively looking for it.

But the uptick in women’s workforce participation comes with a wrinkle: of those who rejoined the labor force, just 3% had a job, according to analysis from the National Women’s Law Center. Meanwhile, of the 232,000 men who reentered the workforce in June, 88% were employed. NWLC director of research Jasmine Tucker told BI that disparity may be due to sexism and women being penalized for leaving the workforce for caregiving duties.

All told, women’s unemployment rate actually increased last month to 5.5% from 5.4% in May. That’s for all women; 8.5% of Black women and 7.9% of Latinas were jobless last month.

Those figures also mask how many women have left the workforce entirely—meaning they’re not even looking for a job—during the pandemic. If they were accounted for in the unemployment rate, women’s joblessness would be 7.6% instead of 5.5%.

A childcare shortage may be keeping some women from seeking jobs. The childcare sector added 25,000 jobs last month, but the industry still has 115,000 fewer jobs than it did in February 2020, an 11% decline.

As the U.S. economy stages a rebound, workers are in high demand and employers are offering bonuses and perks to new recruits. Wages have grown modestly, up 3.5% over the year. But it’s important to remember that women still sidelined from the labor force are missing out on the fruits of that bargaining power.

- Let's get together. Nextdoor, the neighborhood-based social network led by CEO Sarah Friar, announced this morning that it's going public in a $4.3 billion SPAC deal with Khosla Ventures. Founded in 2011, the startup was most recently valued at $2 billion. Friar herself is helping fund the deal and told the FT Nextdoor's growth skyrocketed in the pandemic. Financial Times

- Sha'Carri in the spotlight. Sha'Carri Richardson's one-month suspension for recreational marijuana use prompted all kinds of reactions, including from lawmakers. Reps. Alexandria Ocasio-Cortez and Jamie Raskin, both Democrats, urged the U.S. Anti-Doping Agency to reconsider the ruling, citing professional sports' recent easing of pot restrictions. Meanwhile, President Joe Biden praised Richardson's response to the suspension but said, "rules are the rules." Axios

- On-air apology. ESPN is in turmoil after anchor Rachel Nichols suggested in leaked audio that the network had selected Maria Taylor to host the NBA Finals coverage because it was "feeling pressure about (its) crappy longtime record on diversity." Taylor is Black; Nichols is white. Nichols apologized on air on Monday "for disappointing those I hurt—particularly Maria Taylor." USA Today

MOVERS AND SHAKERS: Credit Suisse Group named Goldman Sachs's Joanne Hannaford as its new chief technology and operations officer and appointed her to the bank's executive board. Bridget van Kralingen, IBM's senior vice president of global markets, is leaving the company as part of a larger management shakeup.

- Narrowing the gap. The Biden White House released salary data last week that revealed it has the smallest gender pay gap of any administration. Women in the White House now earn 99 cents for every dollar men take home. In the Trump White House in 2020, women earned 69 cents per men's $1. The 19th*

- Breakout star. Before Wimbledon, 18-year-old British tennis player Emma Raducanu was ranked 338th in the world and had career earnings of £27,000; she had never played in a singles main draw. Last week, she became the youngest Brit of the Open era to reach the tournament's fourth round, before retiring from her match on Monday because of breathing problems. Her run made her a local favorite and one of Wimbledon's break-out stars. Guardian

- Going swimmingly. Fortune's Rachel King talked to Summersalt’s cofounders—chief brand and digital officer Reshma Chattaram Chamberlin, and CEO and president Lori Coulter—about how the viral swimsuit brand has maintained growth during the pandemic. "We always believe in meeting [our customer] where she is, and that means where she is physically, where she is shopping digitally, and what she needs emotionally," Chattaram Chamberlin says. Fortune

- Dear Big Tech. More than 200 prominent women last week wrote a letter to the CEOs of Facebook, Twitter, TikTok, and Google to “prioritize the safety of women” on their platforms. Signed by the likes of Billie Jean King, Thandiwe Newton, and Emma Watson, the letter said abuse on the Internet discourages women from taking part in online debate, which poses a "threat to progress on gender equality.” New York Times

In the male world of whiskey, more women are calling the shots New York Times

"Take a bet on yourself."