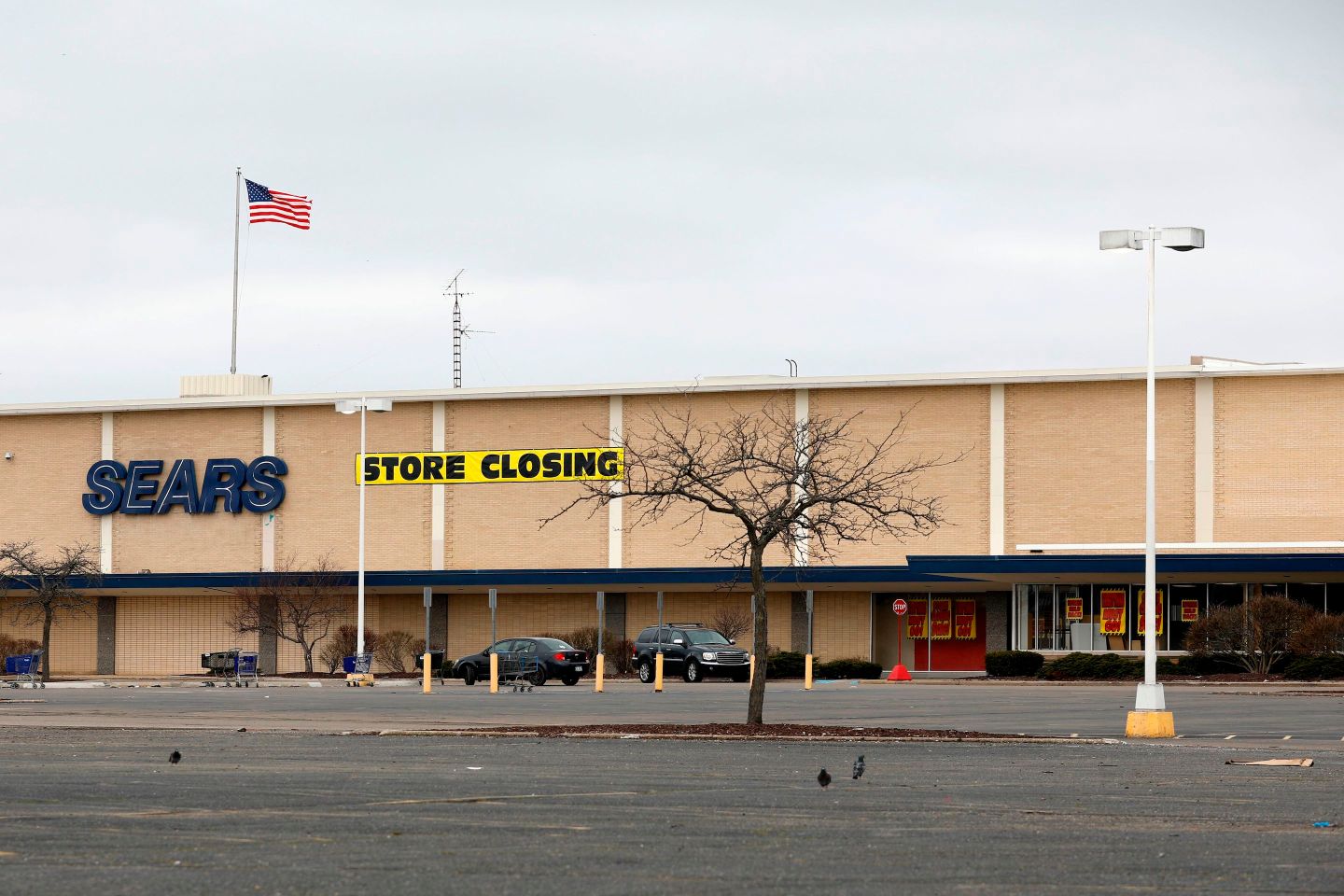 A Sears store that is going out of business in Livonia, Michigan on March 26, 2020. Sears filed for bankruptcy in 2018.
JEFF KOWALSKY—AFP/Getty Images

The owner of former Sears stores is looking to sell as many as 50 properties as it tries to generate cash and focus on the development of other sites it owns.

Seritage Growth Properties, a real estate investment trust that emerged from the Sears bankruptcy, wants to unload 40 to 50 sites that “were less interesting in terms of uses of our capital,” according to Chief Executive Officer Andrea Olshan.

“I’ve been very clear what I want to own and what I don’t think is strategic for us to own,” Olshan said.

Sears Holding Corp. filed for bankruptcy in 2018, closed stores and terminated the last of its leases in March with Seritage, which owns 154 sites and has a stake in another 25. The company’s debt load is roughly double its market value of about $800 million. A $1.6 billion loan from Berkshire Hathaway Inc. matures in 2023.

Seritage had a net loss of $92 million in the 12 months through March. The stock plunged more than 60% in 2020 as the pandemic battered real estate. The shares have rebounded a bit this year, gaining 28% to close Wednesday at $18.76. The stock was little changed on Thursday.

Eddie Lampert, who ran Sears and was its biggest shareholder when the company filed for bankruptcy, is the chairman of Seritage and of a separate holding company that owns what remains of Sears’s retail operations. Lampert owned a 27.4% interest in Seritage and 4.2% of its Class A public shares as of March 31, according to a filing.

The largest U.S. mall owners, including Simon Property Group Inc. and Brookfield Asset Management Inc., are trimming their portfolios, sometimes walking away from shopping centers when the debt exceeds the property value.

The pandemic accelerated the decline for brick and mortar retail, with anchor tenants including JCPenney and Neiman Marcus filing for bankruptcy and Macy’s closing stores to slash costs.

The average mall value was 17% below its pre-pandemic level in May, according to Green Street’s property price index. There are nearly 1,000 malls in the U.S., but the best 85 centers account for half of the total industry’s asset value, Green Street reported this month.

The average Sears site is 13 acres with a big-box store surrounded by asphalt parking lots. In a common arrangement for mall anchors, Sears owned the land under their stores and adjacent parcels. That real estate is now the equity stake Seritage can bring to the table when it recruits partners to help redevelop sites.

Selling sites will generate cash to buy time, enabling the company to concentrate on recruiting tenants and redeveloping the rest of its real estate, according to Mohnish Pabrai, who owns about 13% of the public shares.

“In a couple of years, they’ll be cash-flow positive,” Pabrai, who bought Seritage stock last year, said in an interview. “At that point, there’ll be no uncertainty that it’ll go under.”

Olshan, 41, started as CEO in March after serving as CEO of Olshan Properties, the New York-based real estate company her father founded in 1959. One of her first assignments at the family firm was figuring out how to make money from a group of former B. Altman & Co. department stores through a mix of sales and development deals, which she said helped prepare her for the Sears challenge.

Besides selling Seritage property, Olshan is looking to draw grocery and retail tenants to some of its sites. It could also develop some of the land for residential buildings and offices, Olshan said.

Seritage has generated approximately $1.2 billion from sales of its property since 2015, according to its most recent quarterly filing. Olshan said she expects strong interest in the next sites offered for sale.

“The sales market’s robust in terms of demand,” she said. “And lately there hasn’t been a lot on the market.”