From WhiteHouse.gov to Reddit: Fastly CDN outage knocks out sites and services around the world 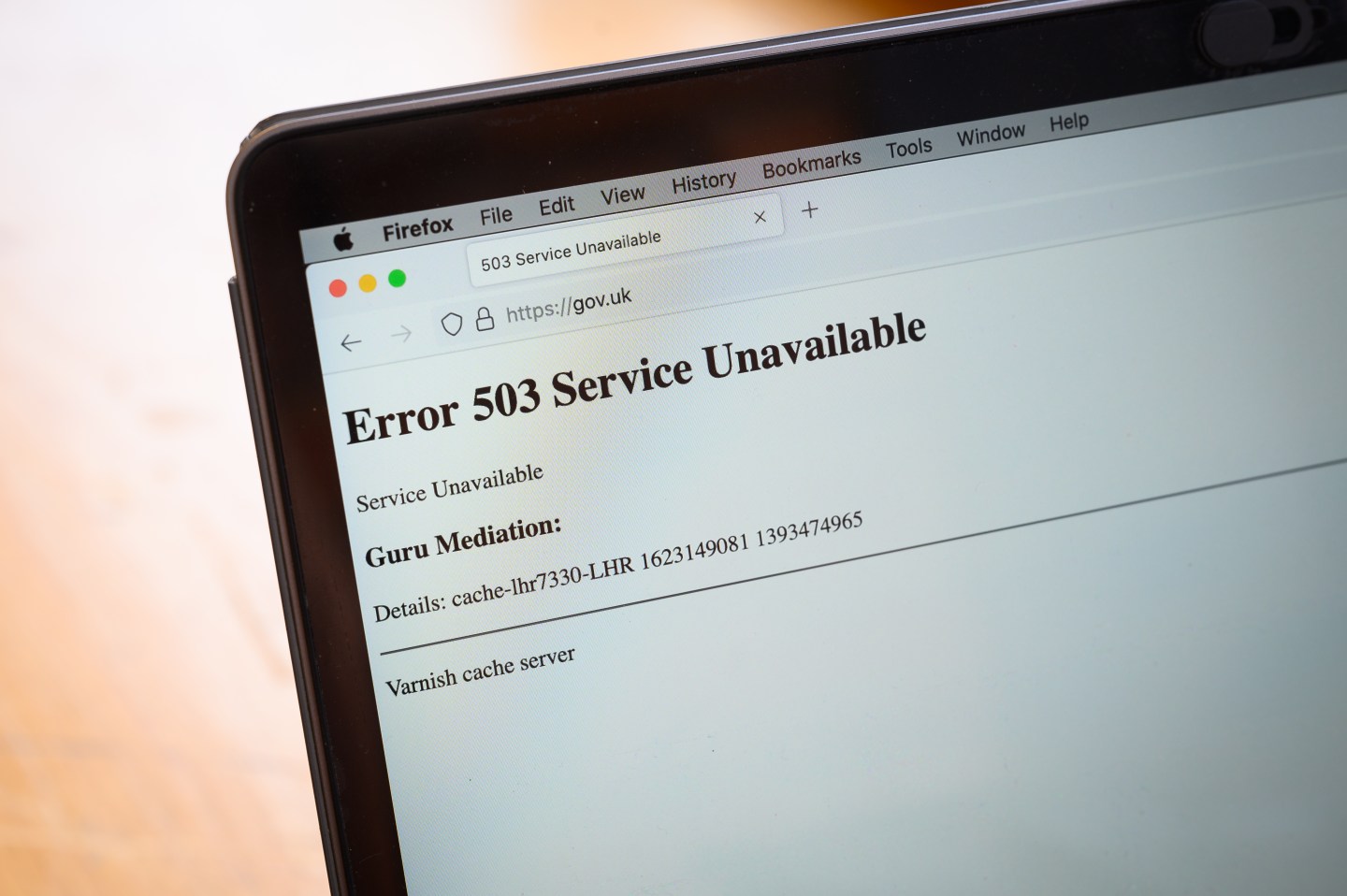 In this photo illustration, a screen displays a holding page of the Gov.UK government website portal on June 8, 2021, in London. A wide range of major websites including eBay, PayPal, the Financial Times, Reddit, Twitch, and the Guardian were taken offline due to what is believed to be an issue with the Fastly cloud-hosting service.
Leon Neal—Getty Images

A vast chunk of the Internet became inaccessible for around an hour on Tuesday—including the websites of news outlets such as the BBC, the New York Times, and the Financial Times, plus Reddit, Shopify, the Twitch livestreaming platform, the White House, and the U.K. government’s citizen portal.

The outage was apparently due to a fault at Fastly, the content delivery network (CDN) provider that these services rely on to get their content to users quickly and at high quality. CDNs make up global networks of data centers—facilities known in the industry as points of presence, or POPs—that deliver content to nearby users, so their devices don’t have to communicate with servers on the other side of the world.

Fastly’s status page first registered “potential impact to performance with our CDN services” at 09:58 UTC. Three-quarters of an hour later, it said the issue had been identified and a fix was being implemented. By 10:57, the fix had been applied and services gradually returned, as the tweak rolled out across Fastly’s network.

“We identified a service configuration that triggered disruptions across our POPs globally and have disabled that configuration. Our global network is coming back online,” the company tweeted.

Fastly is one of the world’s biggest CDN providers, alongside the likes of Cloudflare and Akamai. CDN outages have happened before; in 2019, a Cloudflare software bug briefly disrupted websites around the world, including Coinbase, Discord, Shopify, and Dropbox.

Some commentators seized on Tuesday’s outage to highlight the reliance of the Internet on networks such as Fastly and Cloudflare.

“This is what happens when half of the Internet relies on Goliaths like Amazon, Google, and Fastly for all of its servers and web services,” said Gaz Jones, technical director of digital agency Think3 in an emailed statement. “The entire Internet has become dangerously geared on just a few players.”

At the time of writing, Fastly’s share price was down 1.7% in pre-market trading—though before it applied its fix, the drop was more than 5%.