When the zombies aren’t as dead as they seem 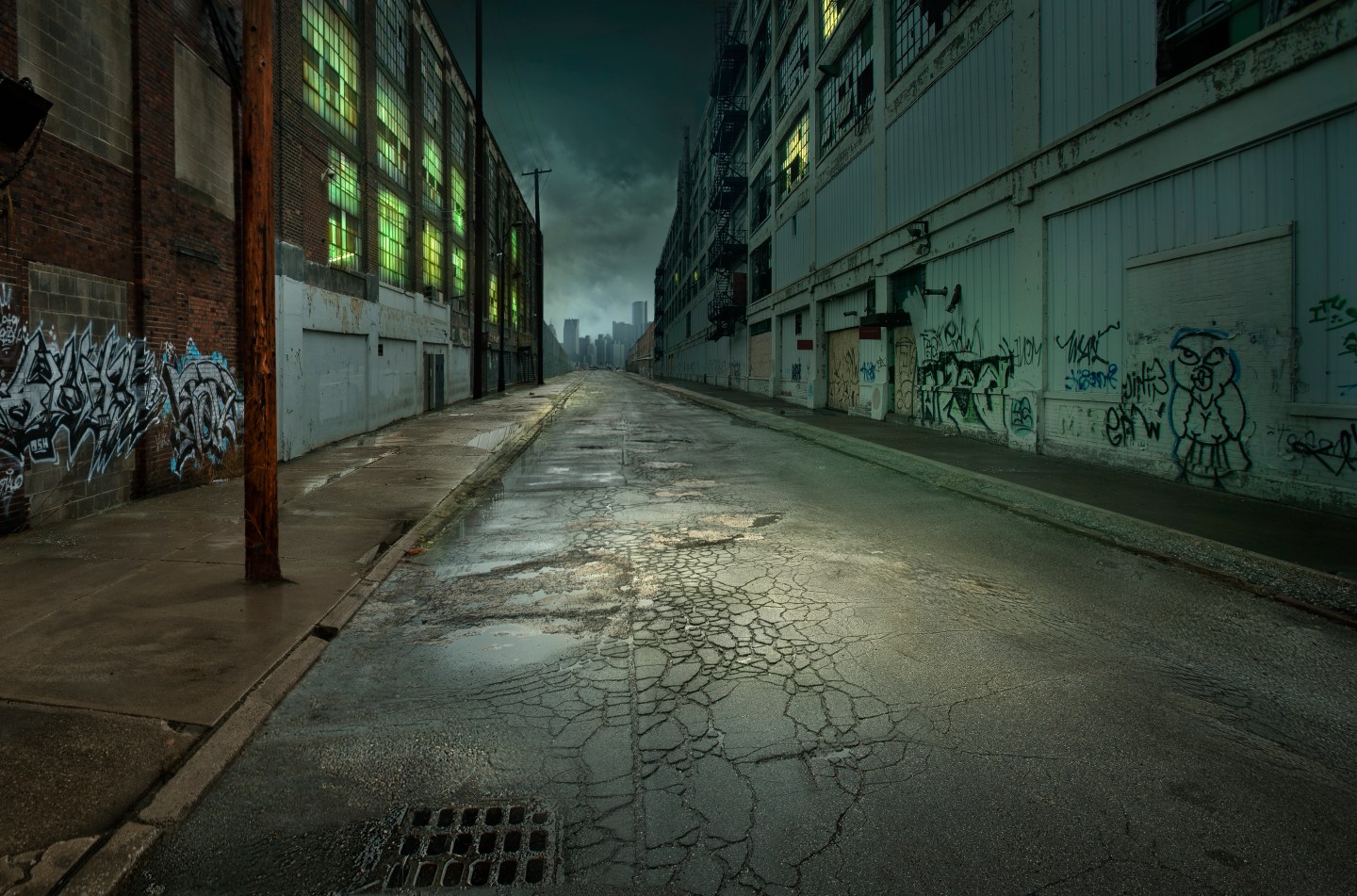 No venture capitalist wants to wind up at the helm of a zombie fund.

The inspiration for the moniker—the decaying, undead creatures that flood through cities like some disease in many a horror film—helps explain how the funds get their name. It’s generally accepted that a zombie fund is one that shambles along for years without any noteworthy exits, and, relatedly, without being followed by a successor fund.

Usually, or so the assumption goes, the venture capital firm behind the undead fund isn’t able to raise a new fund because their current one failed to impress. New investing activity at the firm stalls. The underperforming fund, meanwhile, lives on as the venture capitalists tend to existing companies that are likely just tottering along, continuing to collect 2% annual management fees for supervising unpromising investments. These venture funds are, in effect, the walking dead. And as a 2013 Preqin report on the broader private equity industry puts it: “Dubbed as ‘zombie funds’, it is unlikely that the general partners will see any returns from the assets that they are holding.”

But here we are, with an exit that is challenging that assumption.

SupplyFrame, a marketplace for electronics parts, sold to Siemens for $700 million last week. Founded in 2003, the company largely bootstrapped itself to its new valuation, with roughly $16 million in funding through its 18-year life.

But while the company has only four institutional investors, two are so-called zombie funds. Early funders Clearstone Venture Partners and Arcturus Capital have not raised a new fund since at least 2004 and 2005, respectively. (The other two are U.S. Venture Partners and CommerceNet.)

Clearstone and Arcturus are, by most definitions, the walking dead. The SupplyFrame exit, however, has poured millions back into their coffers. Clearstone (which some may recall was once Idealabs Capital Partners—and at another time, the second largest fund in Los Angeles) is estimated to have invested about $9 million in SupplyFrame, with a stake now estimated to be worth $175 million. Having invested $1.3 million across the company’s life, Arcturus Capital founder Stephen Watkins estimates a 40 times return on that bet for his fund.

That score will help push Arcturus’s first and only fund, which opened in 2005 with $33 million in capital, to an estimated three times return for investors. Clearstone’s 2004 vintage fund, meanwhile, is expected to return between three to four times on its initial investment, says James Armstrong, who led the firm’s investment in SupplyFrame all those years ago. While hardly the best possible return—indeed, it falls roughly in line with returns from the S&P 500 over the same period—it is nevertheless a reminder that some zombies are not as horrifying as the industry would expect.

While Armstrong says Clearstone wound down as its partners moved on to other ventures, Arcturus Capital did seek to raise its second fund, but at an admittedly bad time: 2009. Hit hard by the 2008 financial crisis, investors turned away from the venture industry at a time when it was considered even more risky than stocks and bonds, tanking funding by 54.6% in 2009. Hopes of raising a second fund for Arcturus evaporated as investors retreated, and Watkins moved on to eventually become chief of staff at Aon.

Over a decade later, the champagne towers are overflowing at tech startups. On May 27, 2009, the world’s largest company by market capitalization was oil titan PetroChina. In 2021, it’s Apple. Unicorns, a herd that tends toward tech, are now the norm. And it’s a sellers market: Special purpose acquisition companies meanwhile are a dime-a-dozen. So does that mean there are more zombie funds potentially seeing returns from old companies, long after their typical investing period of 10 to 12 years has passed?

Bullpen Capital’s Duncan Davidson certainly thinks so. Zombie-fund payoffs are likely happening “quite frequently right now. There are just so many exits,” he says. “We just don’t know it.”

For Watkins, the SupplyFrame outcome is somewhat bittersweet. Some of his investors won’t be able to see Arcturus’s returns—they are now deceased, with the returns passing to their spouses or beneficiaries. But with the exit, he is that much closer to finally closing the fund.

“I would have loved to stay in venture capital,” says Watkins. “But with that said, I am just super thrilled that we can do this for our investors.”

Term Sheet will be off on Monday, Memorial Day. I’ll be out until June 3. Please send deals for June 1-2 to Rey.mashayehki@fortune.com. Until then.

- Klarna, the Sweden-based fintech known for its “buy now, pay later” model, is reportedly nearing a fundraising deal led by SoftBank that could value it at over $40 billion, Insider reported.

- The Pro’s Closet, a Louisville, Colo.-based marketplace for used bikes and ebikes, raised $40 million in Series B funding. The Chernin Group led the round and was joined by investors including Foundry Group, Edison Partners, and Ridgeline.

- DataDome, a New York City-based AI platform that protects e-commerce businesses from bots and fraud, raised $35 million in Series B funding. Elephant led the round and was joined by investors including ISAI.

- Poparazzi, a Marina del Rey, Calif.-based newly launched photo sharing app from TTYL, is reportedly raising Series A funding of up to $20 million led by Benchmark that could value the company at up to $135 million, Forbes and tech journalist Eric Newcomer reported.

- Fold, a San Francisco-based Bitcoin rewards app, raised $13 million in Series A funding. Craft Ventures led the round and was joined by investors including M13, Slow Ventures and Bessemer Venture Partners.

- Double Loop Games, a San Francisco-based mobile gaming site, raised $8 million in Series A funding. Hiro Capital led the round and was joined by investors including Garena, Riot Games, and LVP.

- Vev, a Norway-based platform for developers and content creators to design interactive websites, raised €5 million ($6.1 million) in seed funding. EQT Ventures led the round and was joined by investors including Sagene Tech Ventures and Skyfall Ventures.

- Infinite Objects, a New York City-based company that turns videos and other art into framed objects, raised $6 million in seed funding, per TechCrunch. Courtside VC led the round and was joined by investors including Dapper Labs.

- Greg, an app that helps people care for their plants, raised $5.4 million in seed funding. Index Ventures led the round and was joined by investors including First Round Capital.

- QuickNode, a Miami-based developer platform for building applications on the blockchain, raised $5.3 million in seed funding. Seven Seven Six led the round and was joined by investors including SB Opportunity Fund, Arrington XRP Capital, Crossbeam.vc, and Anthony Pompliano.

- Tiv, a Chicago-based payments and rewards platform for gamers, raised $3.5 million in seed funding. 4490 Ventures led the round and was joined by investors including Silverton Partners and angel investors.

- KKR offered to buy PEXA, an Australia-based online real estate firm, for over A$3 billion ($2.3 billion). Domain Holdings is expected to join KKR in the deal.

- Relativity, backed by Silver Lake, acquired Text IQ, a New York City-based firm using AI to identify sensitive data. Per a source familiar with the matter, the transaction consideration was over $100 million.

- Gryphon Investors acquired a majority stake in Highmetric’s ServiceNow division, a Lombard, Ill.-based IT services provider, from The Acacia Group, which has kept its minority investment. Financial terms weren’t disclosed. Gryphon also agreed to acquire Fishbone Analytics and Iceberg Networks alongside the deal.

- Foxconn Technology Group is reportedly in talks to acquire a minority stake in Dagang NeXchange, a Malaysia-based chipmaker, Bloomberg reported.

- FIGS, a Santa Monica, Calif.-based direct-to-consumer medical scrubs brand, raised $580 million in an offering of 26.4 million shares, 3.9 million more than expected, at $22 apiece, above its previously stated range. The company is trading on the New York Stock Exchange under the ticker “FIGS”.

- ClouDr, a China-based digital health management platform, is reportedly mulling an IPO, potentially in Hong Kong or the U.S., as soon as this year that could raise up to $500 million, Bloomberg reported.

- Centessa Pharmaceuticals, a Cambridge, U.K.-based biotech spinning out of Medicxi, raised $330 million in an offering of 16.5 million shares, 1.5 million more than expected, at $20 apiece, on the high end of its previously stated range. Index Ventures and General Atlantic also back the firm.

- Day One Biopharmaceuticals, a South San Francisco-based biotech focused on pediatric glioma, raised $160 million in an offering of 10 million shares at $16 apiece, the top of its previously stated range. Access Industries Management, Atlas Venture, and Canaan Partners back the firm.

- Full Truck Alliance, a China-based digital freight and trucking platform, filed to raise up $100 million in an offering, though it’s expected that’s a placeholder and the firm could raise over $1 billion. Investors including SoftBank and Sequoia back the firm.

- Warby Parker, the New York City-based eyewear brand, is reportedly in talks to hire Goldman Sachs to help it go public as early as this year, possibly via a direct listing, the New York Times’ DealBook reported.

- Babylon, a U.K.-based healthcare app that connects doctors and patients, is reportedly nearing a deal to go public via a SPAC merger with Alkuri Global Acquisition Corp., Bloomberg reported. The deal could value Babylon at around $3.5 billion.

- Base10 Partners, a San Francisco-based venture firm, raised $250 million for a growth-stage fund that will donate half of its carried interest to historically Black colleges and universities (HBCUs).