Biting into Silicon Valley’s fervor for building a better burger 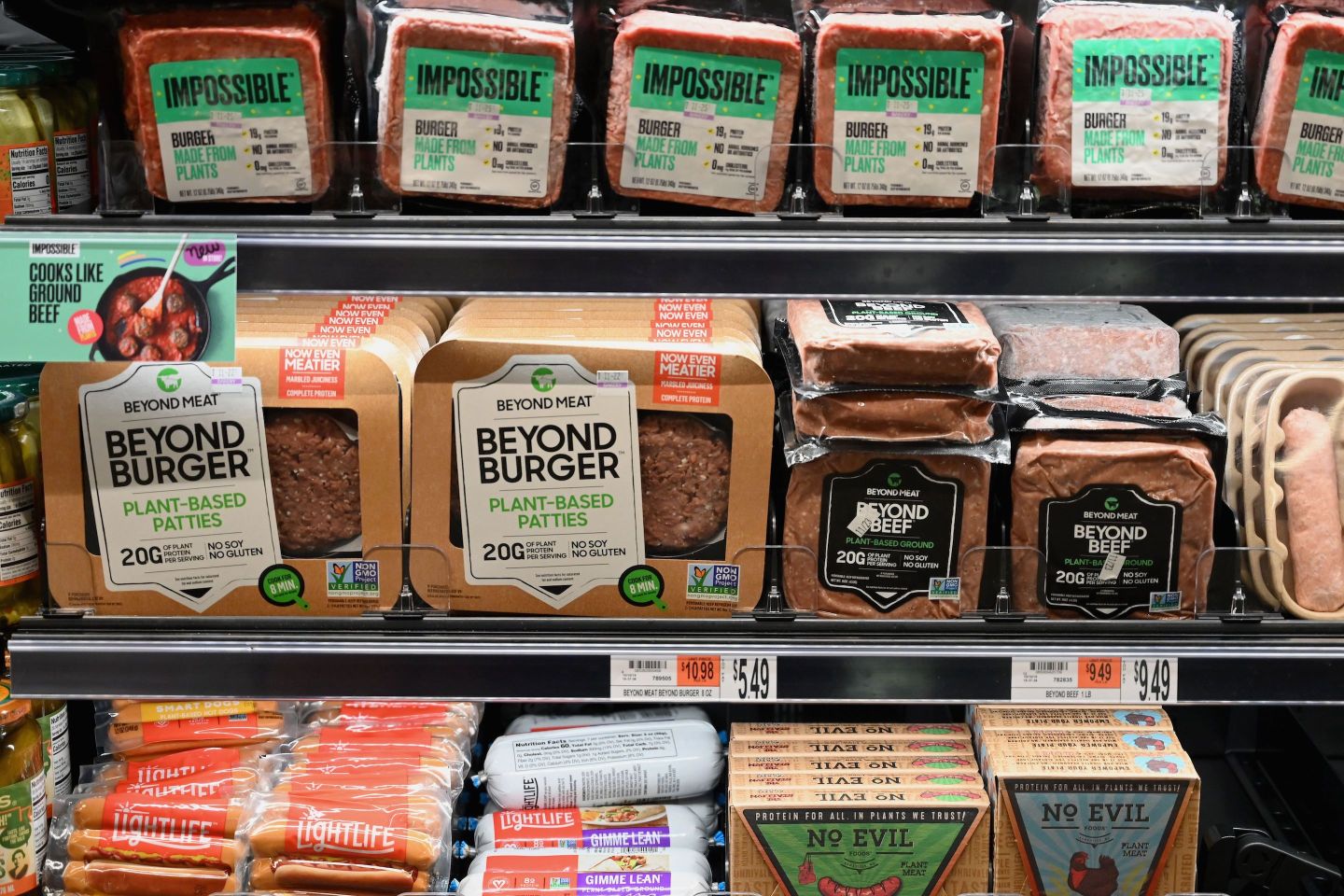 Faux meat requires less land and water to produce, so it's easier to ramp up production while reducing environmental impact.
Angela Weiss—AFP/Getty Images

Traditional hamburgers may be the food stuff most associated with an all-American cookout, but Silicon Valley thinks they are in need of some serious disruption.

“The argument for innovation in the alternative protein space is growing stronger all the time,” says Fortune‘s Brian O’Keefe, co-host of the Fortune Brainstorm podcast. Production of faux meat doesn’t require as much land or water, making it easier to amp up production while reducing the environmental impact of the average barbecue night.

But the new burgers are not old-school veggie burgers.

Kowitt says there are two schools of thought on developing new meat products: plants-based and cellular agriculture, which is also known as clean meat.

“Both are trying to get to the same goal, which is this post-animal economy. But the paths to get there are really different,” Kowitt says.

Kowitt joins O’Keefe and co-host Michal Lev-Ram on Fortune Brainstorm, a podcast that explores how technology is reshaping our world.

Also on the show is an interview between Kowitt and Lisa Dyson, founder and CEO of Air Protein. Dyson’s company uses a process that, she says, is “very similar to fermentation.”

The episode’s final interview is with Sharyn Murray, senior investor engagement specialist at the Good Food Institute, a group that advocates for alternative proteins.

“We actually hit peak meat consumption per capita in 2020,” Murray says. “And the percentage of vegans and vegetarians really hasn’t shifted. So the theory of change behind the Good Food Institute is, let’s produce the proteins, the meat, the eggs, and the dairy that people love, that they’ll continue to eat—but let’s do it in a more efficient and a more sustainable way.”