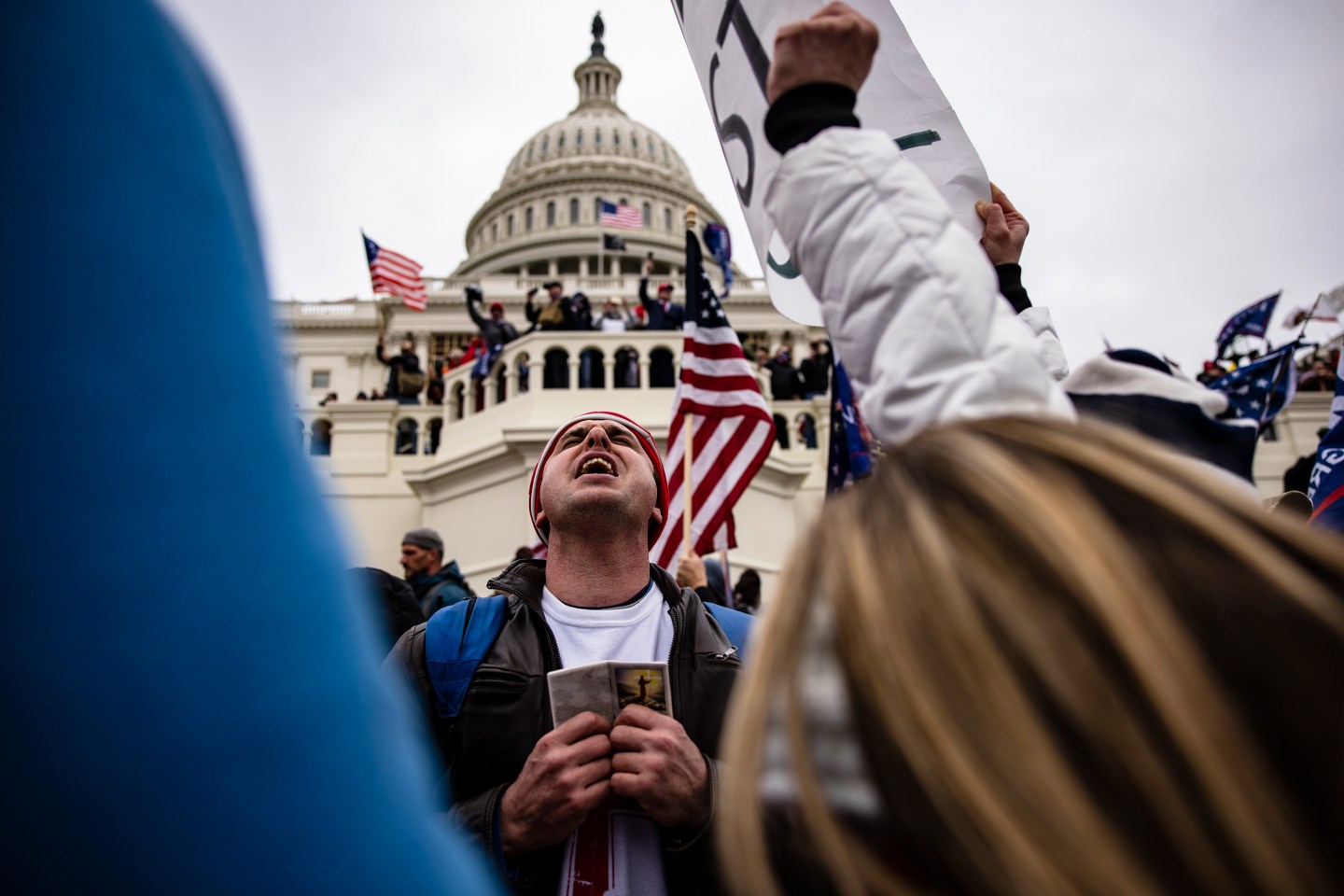 The Republican Party’s refusal to support a bipartisan commission to investigate the Jan. 6 attack on the U.S. Capitol signals the GOP’s full embrace of the white nationalist platform. Certainly, the conspiracy that Donald Trump was unfairly denied victory in the 2020 presidential election and the ouster of Rep. Liz Cheney from her leadership role within the GOP after publicly denouncing this narrative both indicate how politically far right Republicans have moved in order to maintain relevance.

However, as I discuss in my book Homegrown Hate, based on more than a decade of research, the Republican Party’s worldview of white supremacy and an exclusive claim to what it means to be American have long been part of its strategy to assert political control.

A century ago, the public health crisis and the political landscape in the U.S. were eerily similar to the present day. With America emerging from the influenza pandemic and experiencing detrimental income inequality, the Ku Klux Klan was at the height of its power. Political leaders in federal, state, and local positions of authority were affiliated with the organization.

In August 1925, thousands of KKK members marched down Pennsylvania Avenue against the backdrop of the Capitol Building. The 1924 Republican National Convention would be highlighted in Time, featuring Imperial Wizard Hiram Wesley Evans on its June 23, 1924, cover, and dubbing it the “Kleveland Konvention” due to the influence of the KKK on the GOP.

(Though the 1924 Democratic National Convention was also an epicenter of the KKK’s battle for political control, with hundreds of Knights of the Ku Klux Klan in attendance as delegates, the Democratic Party was slowly liberalizing its views on race and immigration. That said, FDR’s presidency and New Deal programs offered economic recovery primarily for white Americans, and enforced systemic racism through housing covenants and other legislation keeping Black and brown Americans out of reach of the American dream.)

The pseudoscience of eugenics, asserting race as a biological fact as well as the inherent supremacy of the white race, had also taken hold in the GOP. Initially a Western European idea originating in the 1880s, the belief that white people’s genetic makeup was superior and must be protected had led not only to the religion of Christian Identity, which would become a predominant force for white nationalist violence in 20th-century America, but also to the passing of the 1924 Johnson-Reed Act. Pushed by Republicans—Rep. Albert Johnson and Sen. David Reed in particular—what would come to be known as the 1924 Immigration Act implemented quotas on people entering the U.S. from Southern and Eastern Europe and completely restricted immigration from Asia. This would be the most restrictive legislation up until that point denying who could be American based on skin color and national origin.

President Trump recycled these racist concepts and policies for the present day. These included descriptions of Mexicans as “rapists” and caravans of people heading to the U.S. for refuge as an “invasion,” as well as the Muslim Ban, the construction of a wall between the U.S. and Mexico, and the forced imprisonment of hundreds of children at that border.

With Trump still looming large as a political force, current members of Congress continue to repeat the racist and xenophobic perspective on upholding America as a white ethno-state. Republican Reps. Marjorie Taylor Greene and Paul A. Gosar were set to launch an “America First Caucus” to promote “Anglo-Saxon political traditions” and stem immigration, but quickly distanced themselves from doing so  after anti-Trump Republicans like Rep. Liz Cheney condemned its formation. The caucus claimed people of color pose risks to the future of America as a “unique country with a unique culture with a unique identity.”

Even former President George W. Bush—who helped give rise to the Tea Party, the precursor to the present-day political far right—criticized the current iteration of the Republican Party as “isolationist, protectionist and, to a certain extent, nativist.”

The majority of the Republican Party’s stance against an investigation into the full scope of the Jan. 6 attack, including the members of the GOP involved, both upholds the concept of white supremacy and blatantly disrespects democracy. The attack itself was about more than just stopping the “steal” of the 2016 election. By attempting to reinstate Donald Trump as President, the purpose of the attack was, in the minds of the insurrectionists, to ensure the continuity of the white race and to reclaim the U.S. as a white ethno-state.

While the white nationalist platform of racist, anti-government, religious, and conspiracy theory–oriented elements long predated Donald Trump, through his own rhetoric and through the policies of his administration, Trump reified the notion that the U.S. is a land of white people, by white people, and for white people. His recurring campaign slogan of “Make America Great Again” was not a mere phrase, but a call to arms, encapsulating the ethos of his vision for the nation.

Denying a commission to investigate Jan. 6 is really just an attempt to hide from the American public the real goal of the people who attacked the U.S Capitol. The Republican Party must recognize this.

It is now time that Americans of all political affiliations who consider themselves patriots fight for the future of the U.S., not with weapons, but by uplifting the history of Americans of color and the contributions of immigrants past and present that continue to truly make America great.

Sara Kamali is a scholar of white nationalism, militant Islamism, and systemic inequities. She is also the author of Homegrown Hate: Why White Nationalists and Militant Islamists Are Waging War Against the United States.