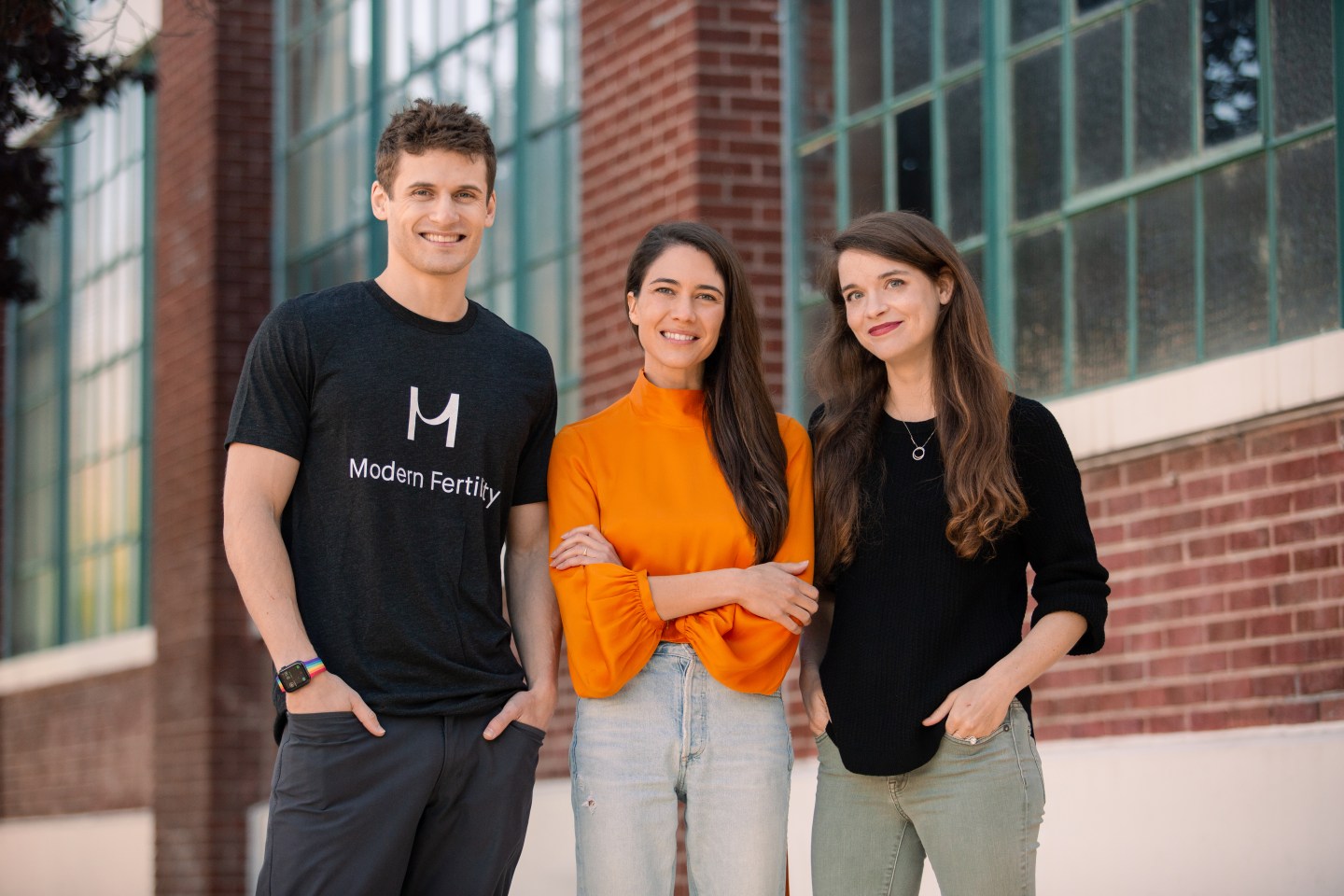 Modern Fertility CEO Afton Vechery was in the middle of raising a new round of funding for the women’s health start up she co-founded when she was introduced to Zachariah Reitano, the co-founder and CEO of healthcare technology company Ro, who wanted to meet.

Initially she declined. “We were heads down,” she says. “We were building this future and trying to figure it all out.”

When she did finally take Reitano’s call on a Sunday morning in March, what was supposed to be a 30-minute introductory chat turned into what Vechery calls a three-hour “full heart to heart” on their visions for the future of healthcare, one in which the patient was at the center of it all.

The conversation would also change the future of Modern Fertility. Yesterday the company announced that it had been acquired by Ro and would become the company’s women’s health vertical. A person close to the deal said it was valued at more than $225 million, making it one of the biggest acquisitions for a women’s health company in the fertility space.

Ro, which has been valued at about $5 billion, started out in men’s sexual health with its Roman brand, which is best known as a provider of erectile dysfunction and hair loss medications. The company has since expanded to systems like telemedicine and pharmacy delivery across the U.S.

Ro currently has a women’s health division, called Rory, but Vechery says in their initial conversations with Reitano, it was clear he realized the company “needed to up the game in women’s health. It was something that he was thinking about and deeply focused on.”

Modern Fertility’s first product was an at-home hormone fertility test, one that historically would only be given at fertility clinic to women struggling to conceive. The company, which was founded in 2017, now also sells an ovulation tracking kit, pregnancy test, and prenatal vitamins.

The startup’s mission has been to help women better understand their reproductive health, whether they want a baby or not. In addition to its products, the company has built a community, education platform, and ongoing relationship with its users—something Leahy says was very appealing to Ro.

Vechery says that the deal is a huge win for women’s health at large but adds, “we have to be able to admit that the state of women’s health today still needs a lot of work.”

Ro’s Reitano says women’s health has been underfunded due to “a whole host of systemic reasons,” including who controls the flow of capital. He says this is just the beginning of Ro’s investment in women’s health and that the company wants to invest hundreds of millions dollars over the next three to five years and beyond in the sector.

Reitano says it would be impossible for Ro to accomplish its mission of building a patient-centric company with a vertically integrated primary care platform “if you do not have a tremendous experience for people with ovaries to guide them through every stage of their life.”

Modern Fertility’s attempts to democratize reproductive health information resonated with Reitano on a deeply personal level, he says. His sister has had ovarian cancer twice, went through multiple rounds of IVF in order to have a baby, and is perimenopausal at the age of 33. He says that having access to information about her own fertility has given his sister “tremendous power and agency and ownership and given her the ability to live the life she wants live.”