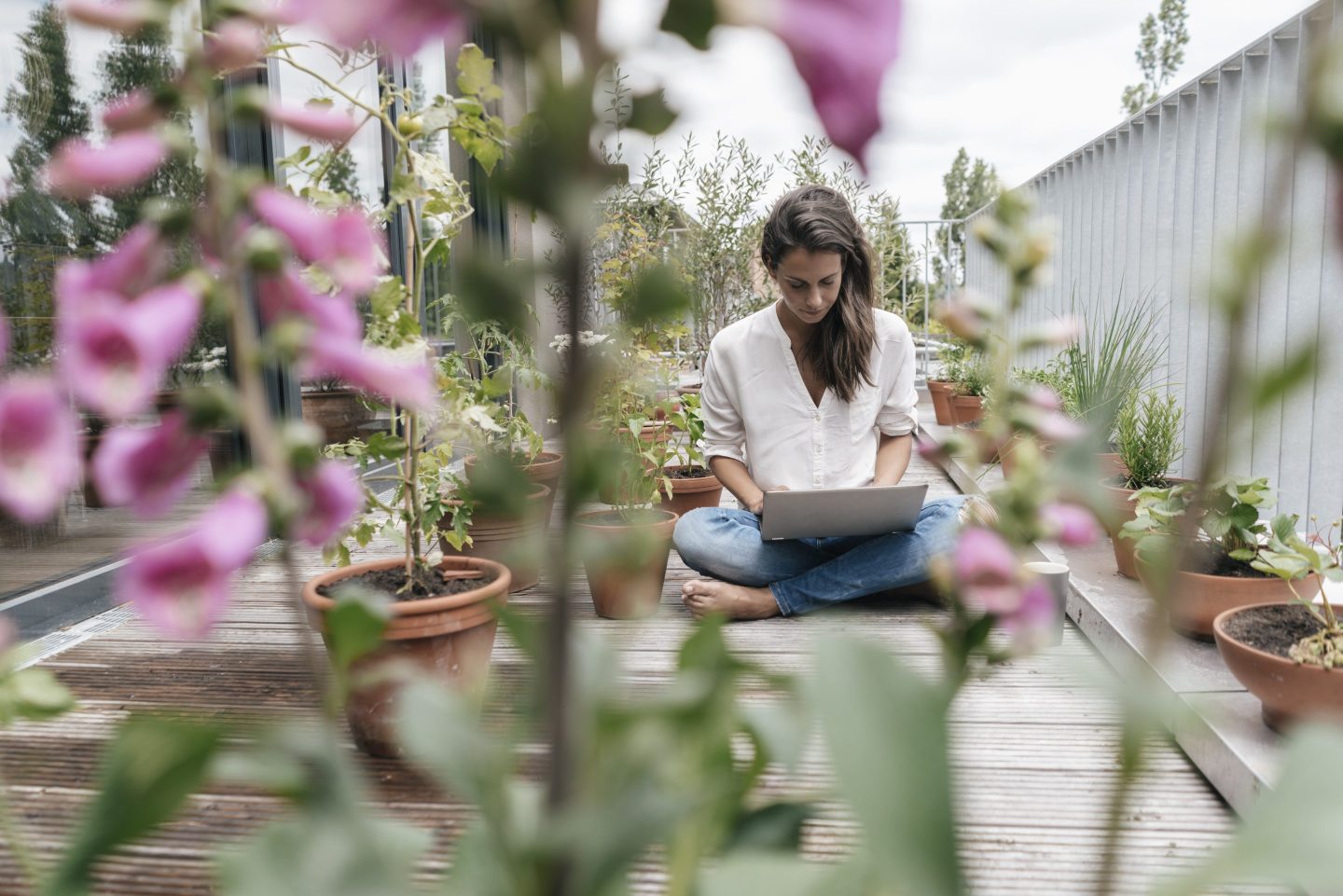 The author and her research collaborator have found that “women self-select into independent work roles where greater autonomy defines the work, where the role allows for greater freedom to make decisions and structure activities, and where the workweeks are shorter—allowing for greater temporal flexibility.”
(Getty Images)

There is growing evidence that the pandemic is affecting working women to a greater degree than working men. Job losses have been larger in sectors where women are overrepresented, and school closures have forced some women to step back from their careers. While current prospects for working women seem dim, the post-COVID structural changes and added flexibility may revolutionize the “future of work” to benefit women in the long run.

Businesses are permanently adopting more flexible arrangements such as fully remote or hybrid models and enhancing telecommuting options to a wider extent. We’re also witnessing the growth of the independent workforce—individuals who engage in freelancing, consulting, contracting, and other forms of self-employed work, in contrast with traditionally inflexible, 9-to-5 employment.

In new research for the Mercatus Center at George Mason University, my coauthor and I study that segment of the workforce, including workers in what’s often called the “gig economy,” to identify its distinctive characteristics—characteristics that may well garner greater female participation in the labor force.

When analyzing over 900 occupations and specific characteristics from the O*Net database, we find that independent workers are entirely unique in the type of work they produce when compared to traditional employees. Contributions from typical employees are interdependent with teams and have greater elements of interactive coordination, communication, and shared responsibilities and results. Independent workers, in contrast, provide an individual-based product or service that’s more easily separable and discrete—like creating a screenplay or tutoring a student.

These characteristics explain why the concept of flexibility is a staple feature of the independent workforce. When there’s greater reliance on interdependent team production, it’s more difficult for an individual worker to maintain a flexible schedule, partly because coordinating the joint efforts of team members may require that workers be available (often, face-to-face) at specific times.

Yet independently produced outputs or services allow an individual to schedule when they work at their own convenience. Proofreaders (a typical freelance role) can work irregular hours, but human resource coordinators are of little use during the night shift.

Prominent gender economist Claudia Goldin points out that the characteristics that limit temporal flexibility—like working in interdependent teams or the need for face time and being onsite—limit women’s work options and also contribute to the gender wage gap.

Some seldom think of woman engaging in independent work because gig companies like Uber and DoorDash hijack the image of the independent workforce. However, a recent study finds that if the transportation sector is omitted, women make up a greater share of income-earners on digital platforms. Consider the e-commerce website Etsy, where more than 85% of independent sellers are women. Dog walkers, massage therapists, nutritionists, and translators are also majority-female independent roles.

So, what explains why some independent work roles are overrepresented and others underrepresented by women? Beyond industry, in another new study, we empirically test whether the work characteristics of independent jobs help explain these differences. Indeed, we find that women self-select into independent work roles where greater autonomy defines the work, where the role allows for greater freedom to make decisions and structure activities, and where the workweeks are shorter—allowing for greater temporal flexibility.

In fact, a recent survey of 2,000 women (a majority of whom were the primary caregivers) found that 96% indicated that flexibility was the primary advantage of independent work. A quarter of those women recently left traditional employment, a majority of them because they needed flexibility or more time to care for a child, parent, or relative.

Despite independent work prospects for women, some challenges remain. Independent workers don’t have access to employment-based protections and benefits, and some public policy solutions are counterproductive. California passed Assembly Bill 5 in 2019 (later overturned by Proposition 22 for app-based transportation and delivery drivers), and the U.S. House of Representatives passed the Protecting the Right to Organize (PRO) Act last month—both of which create a stricter definition for being classified as an independent contractor. As we saw in the immediate aftermath of California’s AB5, workers in several professions neither became employees nor were able to keep their jobs as independent workers. Because of the resulting backlash, California later exempted 53 additional occupations from AB5, including musicians, writers, copy editors, photographers, and translators.

There must be a better way to address the challenges of independent work without regulations making women the collateral damage. A survey in 2020 found that 80% of self-employed respondents would like access to flexible or portable benefits—benefits that are not tied to a particular job or employer.

Embracing innovative reforms with independent worker characteristics in mind will help all workers—especially women—step into the future.

Liya Palagashvili is a senior research fellow with the Mercatus Center at George Mason University and coauthor (with Paola Suarez) of two new research studies: “Employee vs. Independent Worker: A Framework for Understanding Work Differences” and “Women as Independent Workers in the Gig Economy.”