What percent of unicorns fail? 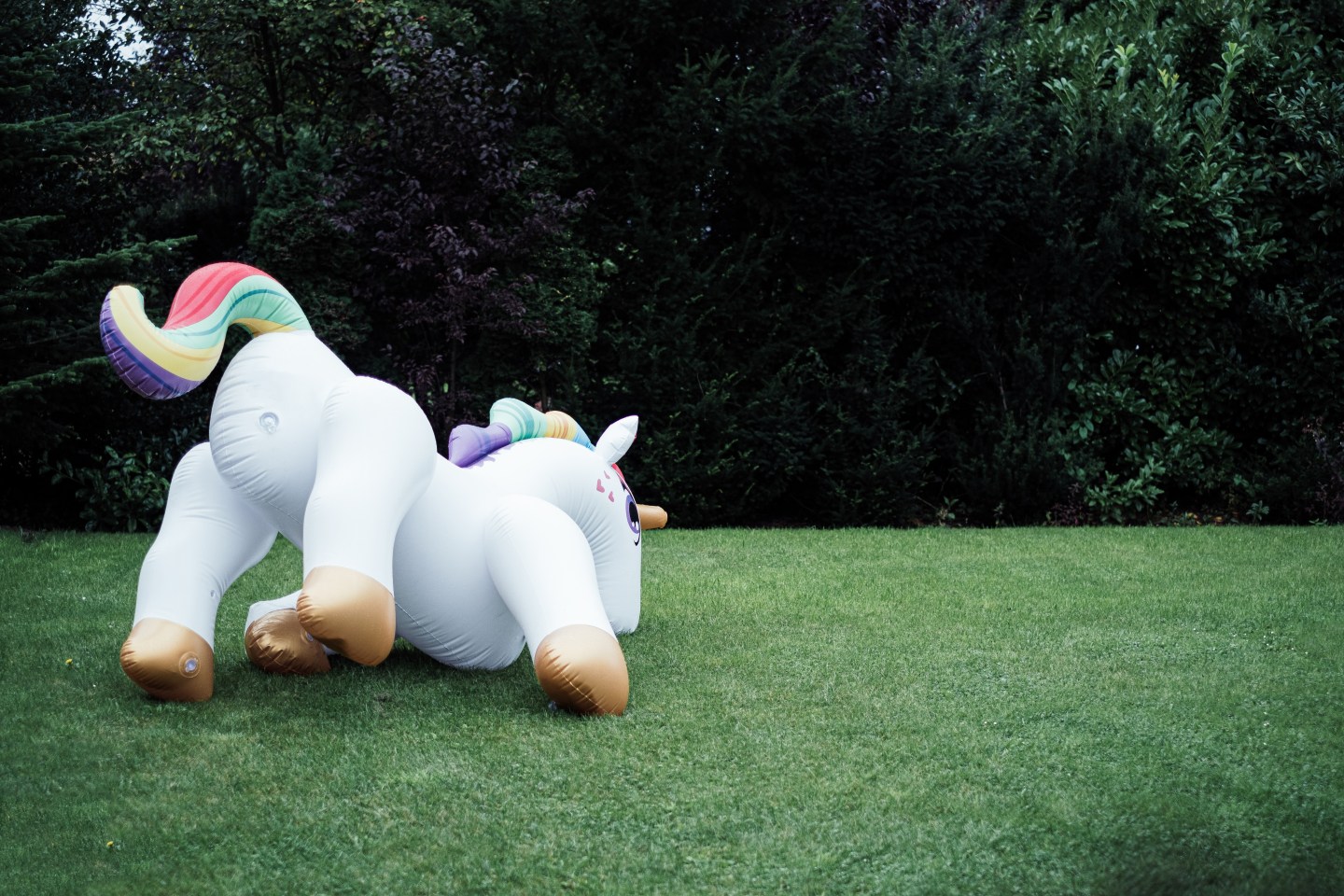 One adage is often regurgitated within the venture capital space: Some 75% of startups fail.

The specific examples roll off the tongue easily: short-form streaming service Quibi, which once reached a $1.75 billion valuation before succumbing just months after its launch; blood-testing startup-revealed-scam Theranos, which at one point hit $9 billion; and in a blast from the past, Webvan from the dotcom bubble. The list goes on.

The saying acts both as a kind of cheval de frise to ward off the wary and a security blanket for those who fall short when their startups fall apart.

But those examples obscure an important nuance. They’re all unicorns—part of the $1 billion-valuation-plus club. Inarguably, within the venture capital space, these businesses attract the most attention.

So are such failures normal within the unicorn world too?

The answer: Not exactly. The percent of unicorns that don’t make it is around 17%, according to data from Ali Tamaseb, a partner at venture capital firm DCVC. Tamaseb was not looking specifically for that information. But it was a serendipitous byproduct from upcoming his book Super Founders: what Data Reveals About Billion-Dollar Startups. Using a mix of data, news clips, surveys, and interviews, Tamaseb examined common stereotypes (ahem! Ivy League college dropouts with significant coding experience) around what it takes to be a successful founder—and focused on the 200 or so companies valued at $1 billion and above that had raised venture capital.

Tamaseb found that, among startups founded between 2005 to 2018 that reached unicorn status by the end of that period, 16.9% have either wound down or fallen below the valuation in public or private markets as of 2021.

The figure is surprising. It’s also not. It’s unexpected when compared to the estimate that the majority of startups don’t make it. But the smaller amount is also explainable given that a billion dollar valuation typically points to a company in later stages with steadier revenue stream. The business model has been proven out to some extent.

But then we come to the issue that, still, 17% of unicorns end up with either an overvalued or unviable business. And Tamaseb says that figure will likely be even higher as it takes time for unicorns to run their course. The venture investor’s research doesn’t delve into why some $1 billion plus startups fail, but we can look at anecdotes: a mix of competition and hubris in the case of Quibi, fraud in the case of Theranos, and an idea that came before its time for WebVan.

Temaseb’s data set has considerable implications. The pace of unicorn creation has risen rapidly in recent years. Some 337 unicorns now call the U.S. their home base as of May 2021, per data from CBInsights. Private market investing meanwhile has swelled as low interest rates and the high-potential returns of the venture industry add to its legitimacy. So will 17% of all of today’s unicorn fall short of expectations too, or are we living in a fundamentally different time?

Here’s Tamaseb’s take, via email: “Of the existing 337 unicorns, many of which were minted in the past two years, do I think 17% have already lost unicorn status? No.” He continued, “Do I think if we look at them in a couple of years 17% will have lost their unicorn status? Sure. And probably even more.”