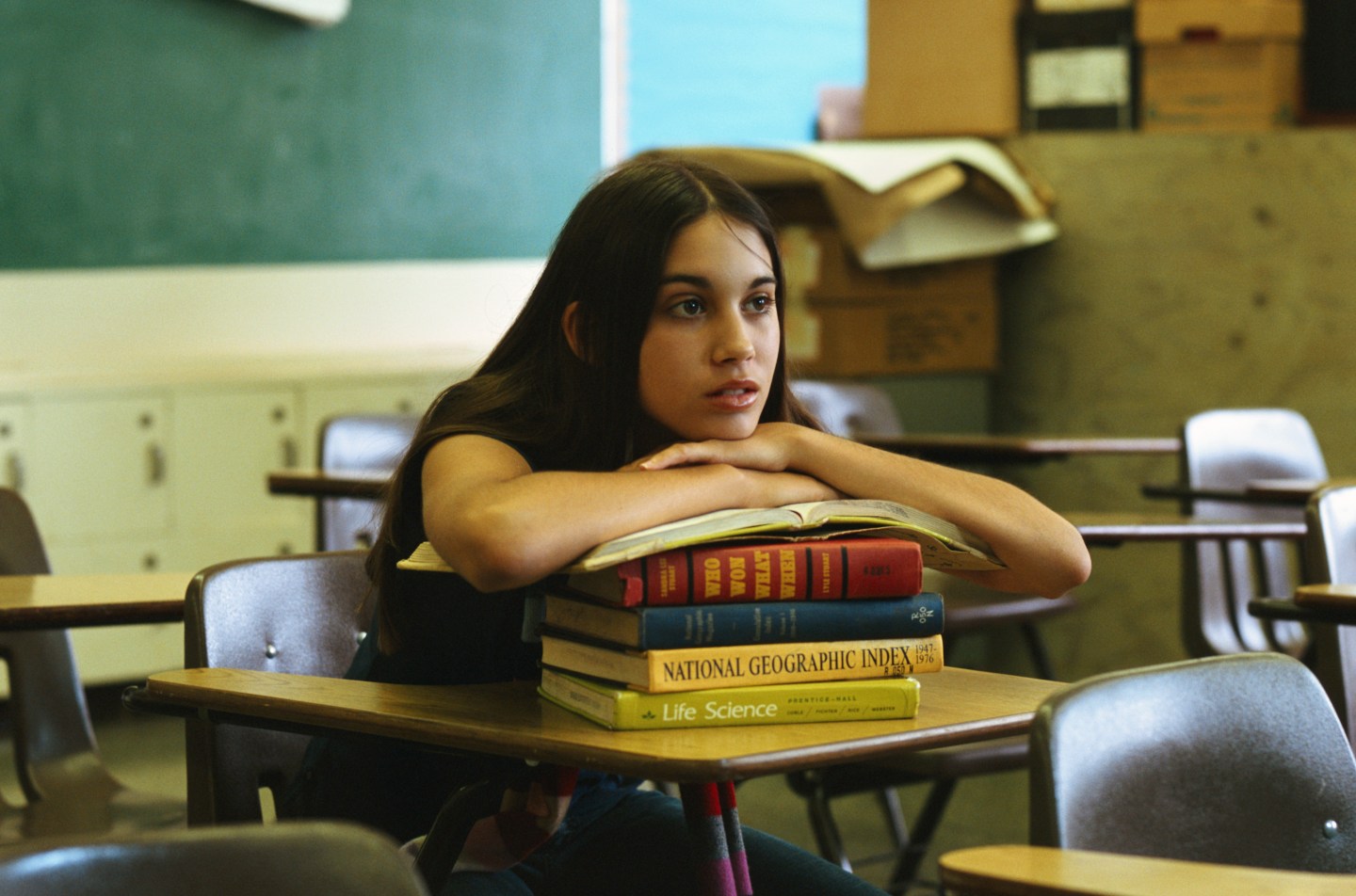 Good morning, Broadsheet readers! The Super League left out women’s soccer, D.C.’s leaders support the bid for statehood, and we hear from teen girls on their feelings about women and leadership. Have a restful weekend.

– The kids are alright? Being a teenager has never been easy, but you have to have particular empathy for the kids living through that wonderful/hellacious stage of life right now. There’s the pandemic, of course, which is disrupting school and socializing, the twin epicenters of teen life. But even before we’d heard of COVID-19, teenagers were coming of age amid the harsh reality of climate change, acute racial, gender, and economic inequity, and frighteningly vicious political division.

As an adult, it’s hard to imagine what that must feel like, or what impact it’s having. So it was a bit of a revelation to read this New York Times piece, in which teens—and particularly teenage girls—tell us themselves, both en masse via survey and personally, in their own words.

The survey findings are enlightening. A few highlights: “Seven in 10 teenage girls and boys said they thought a woman would be elected president in the next decade. But 80% of girls and 74% of boys said women face sexism when they run, and just half of teenagers thought men and women had an equal chance of being elected.” White boys were by far the most likely to say they hoped to run for office, followed by white girls. Girls of color were the least likely to agree (36%). More cheeringly, 90% of the teens (both boys and girls) agreed that “ambition was a good trait in both males and females.”

Still, the real heart of the story is in the conversations with individual girls, who were interviewed by the Times in 2016, and again this year. I don’t want to flatten their stories with generalizations, so I hope you’ll take a minute to see what they had to say.

The focus of the article is on politics and governmental leadership, but it’s interesting to consider to what extent the girls’ views might translate to business leadership as well. In that vein, I was particularly struck by the comments of 19-year-old Jessica Griepenburg. In 2016, she told the NYT: “It’s important for women to be in leadership positions because so often women’s voices aren’t heard.” Five years later, her perspective has become more complicated. Noting her relative privilege as a white woman, she says: “It feels odd how much we idolize women in leadership when they’re still so deep in the system.”

To my ears, that sounds like a wake-up call. For the next generation—or at least some of it—women, especially white women, are going to have to do more than just replicate the paths and actions of the men who became political and business power players before them. To win these teen girls over, they’re also going to have to change the systems in which they operate—to make them more open and egalitarian, less winner-takes-all. Is that a massive and even unfair burden to put on women leaders? Maybe. But that doesn’t change the need to carry it.

- Away we go. Away cofounder Jen Rubio is stepping into the CEO role at the luggage brand, following a rocky year of a halt to global travel and the departure, return, and departure again of her controversial cofounder. In an interview with Fortune, Rubio talks about why now is the right time for Away to be "founder-led" as travel picks back up. Fortune

- Family first. The Biden administration's next major economic recovery package will be the $1 trillion American Families Plan. While it's not yet announced, the package is expected to include funding for childcare, paid family leave, and education. Washington Post

- Washington, Douglass Commonwealth. The House of Representatives this week passed a bill for D.C. statehood; it now heads to the Senate, where it's unlikely to be passed. D.C. Mayor Muriel Bowser called on the Senate to "seize this important opportunity to right a 220-year-old wrong," while Del. Eleanor Holmes Norton, the bill's lead sponsor, was unable to vote on her own legislation because of D.C.'s non-state status. ABC News

- Cheney and the GOP. What happened after Rep. Liz Cheney voted to impeach President Donald Trump? This story dives into the internal battle among House Republicans and what the caucus's response to Cheney's decision means for the future of the GOP. New York Times

- Own goal. The sport of soccer has had a tumultuous week with the announcement, then quick collapse, of a closed European "super league." Amid that saga, little attention was paid to women's soccer; the super league's wealthy backers only promised in a brief mention that a women's league would be created "as soon as practicable." Bloomberg

- Path forward. This week's big market debut belonged to UiPath, the company whose software automates repetitive tasks. One of the business's biggest investors is Laela Sturdy, the general partner who led an investment by CapitalG, Alphabet's late-stage growth fund. Her stake is now worth $2 billion. Business Insider

- Bipartisan take on Big Tech. Lina Khan is President Joe Biden's nominee to lead the Federal Trade Commission. While her ideas for how to take on Big Tech were once seen as "hipster antitrust," she got a "relatively warm reception" from both sides of the aisle as a bipartisan consensus grows on regulating Silicon Valley. Washington Post

"It’s the value of role models."