Away cofounder Jen Rubio says she never planned to be CEO. Here’s what changed her mind 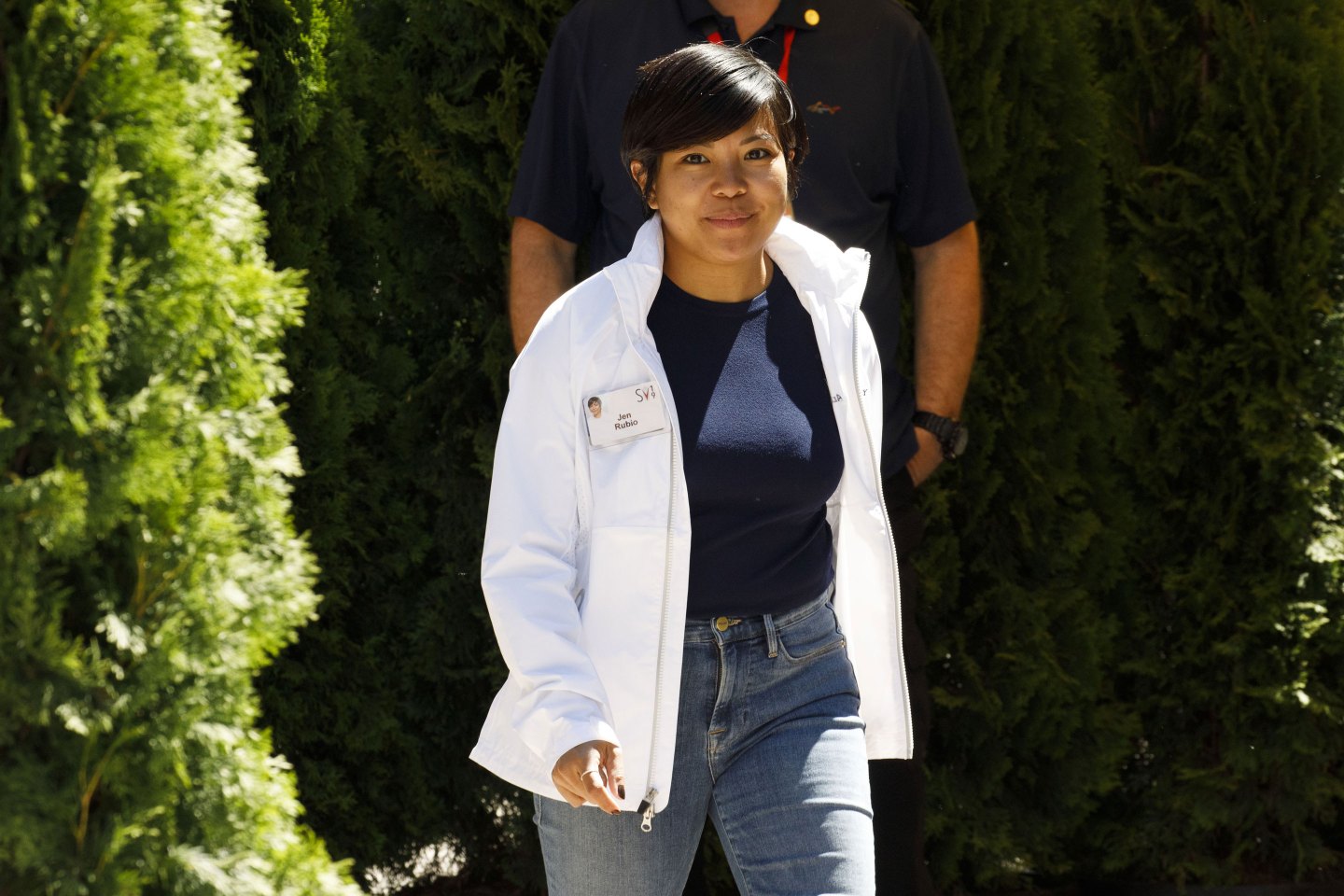 Jen Rubio of Away in 2019.
Patrick T. Fallon—Bloomberg/Getty Images

Over the past year and a half, the luggage and travel brand Away has been through a lot. Allegations of a toxic company culture. A global pandemic that shut down travel. The departure, then return, then second departure of a controversial cofounder and CEO—and earlier this year, the exit of the outside CEO brought in to right the ship. There, through it all, has been Jen Rubio, the brand’s cofounder.

This week, the company decided that what it needed for its next phase was continuity. On Tuesday the board of directors named Rubio, who has been serving as interim CEO for the past two months, its permanent CEO. “It wasn’t part of my game plan,” says Rubio, who founded Away with fellow Warby Parker alum Steph Korey in 2015. “I was kind of in a mindset to hand the reins over.”

But when things changed, Rubio was ready to step up. And she says that she has come to believe that now is the perfect time for the company to be “founder-led.” “For me to be the leader that bridges the gap between the entrepreneurial spirit of our origins and the mature, stable, someday public company we want to be, it feels like the right thing for the company and for the team,” she says.

Founder-led for a travel rebound

In late 2019, Away brought on Stuart Haselden, a veteran retail executive who had spent the prior five years at Lululemon. But while Away once required that kind of deep retail experience to steer its ambitious growth, Rubio says that now, with the company anticipating a big rebound in travel, what the brand most needs is “strong vision and inspiration.” “That’s something that founders can provide in a really different way,” she says. “An outside CEO might be a little more risk averse or slower to move—and there are so many opportunities ahead of us.”

While Away suffered, like most in the travel industry, for much of 2020—sales dropped 90% last March and April—Rubio says the brand is seeing a recovery even before travel fully rebounds. Customers don’t need to be completely ready to get on a flight to buy a suitcase, after all. “People are really excited to travel again, and they’re planning for it,” she says. “Away is part of that pre-trip planning process for many people now.”

The opportunity for Away, then, is to offer the kinds of products that people are eager to buy as they stare down summer 2021. While the company has been most closely associated with the kind of city-centric international travel that COVID brought to a halt, Rubio is eager to sell travel products more specialized for road trips and outdoor travel to destinations like national parks. Still, the company is tracking its sales against metrics like TSA checkpoint numbers to prepare for full-scale airplane travel to come back too.

But will travel—and with it, the ubiquity of the Away hard shell carry-on—ever return to what it was pre-pandemic? “I think people are going to be more intentional,” Rubio says of travel. “They’re going to focus on the quality of their trips and experiences over collecting miles or hotel points.”

From “customer-obsessed” to “be the customer”

In much the same way that Rubio is eager to reposition Away’s offerings to customers, she says she’s endeavoring to rebrand Away among its employees. The company revamped its corporate core values in February. One significant change was to adjust the edict to be “customer-obsessed”—the issue at the core of 2019 reports that Away, and especially Korey, mistreated members of its customer-service team—to “be the customer.” That means Away is now asking its employees to “be incessantly curious about what travelers want from us, need from us, expect from us—then make it happen,” rather than to please the customer at all costs.

Other new values for Away include “make great new things,” “own it,” and “do good as you do well.” Those replaced values like “empowered” and “accessible,” which The Verge reported in 2019 were often used as reasoning for limiting employee time off and providing harsh employee critiques. Rubio says that the company believes the reporting didn’t accurately reflect the true culture inside Away, but she acknowledges that shift in language is intended to make sure that the company is not “saying one thing but acting in a different way.”

Rubio says the company is also changing its approach to the core business. Rather than “coasting along in growth mode,” as it was pre-pandemic, she says Away is aiming to be more intentional about what products the brand is debuting and how it’s getting them to customers.

Some of these goals Rubio set may have to wait to be fully executed; the new CEO is eight months pregnant with her first child and planning to take Away’s 16 weeks of parental leave.

While at home with her new baby and partner, Slack CEO Stewart Butterfield, Rubio may also be thinking about Away’s ultimate post-travel rebound goal: an IPO. “It’s really about, over the next couple of years, being able to prove we’ve built a brand and a company that has staying power,” she says. “That will only be viewed favorably when the time is right to IPO.”