Why Tammy Duckworth issued her ultimatum over AAPI cabinet representation: ‘I needed to take action’ 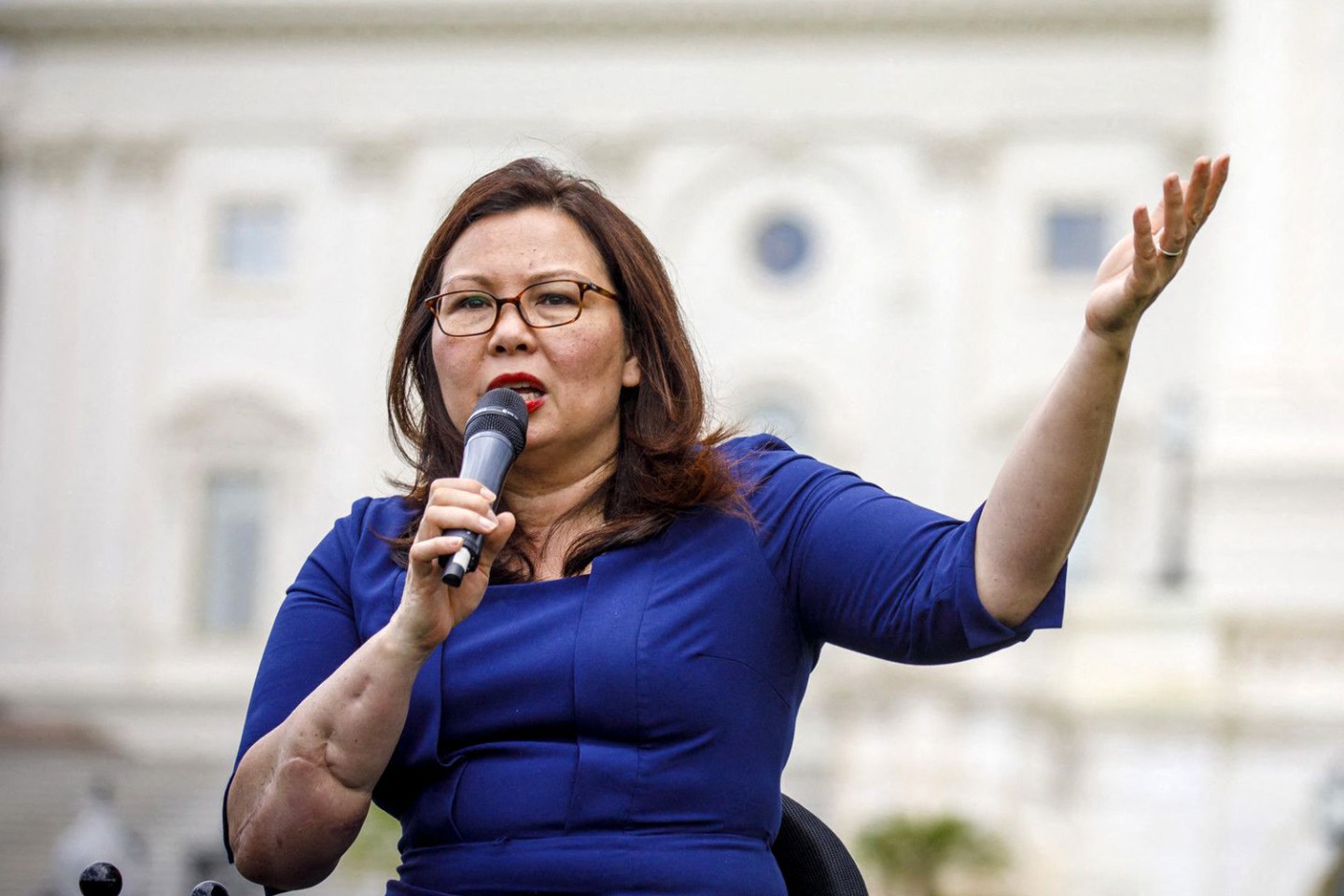 Last month, Sen. Tammy Duckworth took a bold stand. Days after a gunman shot Asian Americans in Georgia, and after a year of heightened anti-Asian racism during the pandemic, the Illinois senator was fed up with the Biden administration’s failure to nominate or confirm any Asian American Pacific Islander cabinet members. In a 50-50 Senate, every vote counts, and Duckworth announced she would vote no and effectively stonewall future non-diverse nominees until the White House took action.

As one of the highest-ranking Asian Americans in elected office, Duckworth says she felt a responsibility to act. “It was incumbent on me to speak up,” she tells Fortune. The senator says she had been in conversations with the Democratic administration about Asian American representation in the executive branch, but she watched as cabinet spots filled up without progress on the issue. “Finally, there were no more cabinet positions left,” she says. While the Biden administration has assembled one of the most diverse cabinets in presidential history, for the first time in two decades, the cabinet doesn’t include an Asian American secretary. (Katherine Tai is U.S. trade representative, a cabinet-level position, and Neera Tanden was an unsuccessful nominee to lead the Office of Management and Budget.)

The final straw for Duckworth was a phone call in which, she says, a Biden official suggested that Vice President Kamala Harris’s presence was enough to fill the need for Asian American representation in the executive branch (Harris is half South Asian). After Duckworth, alongside Sen. Mazie Hirono, took a public stand, she was in touch with the White House within hours and quickly came to an agreement with the administration, which included the appointment of an AAPI senior liaison in the White House. In one of her first extended interviews about her decision, Duckworth shares why she took action—and what results she has seen since. This interview has been edited and condensed.

Fortune: Looking back, why did you decide to take the stand that you did?

The entire time, I was saying, “Where are the AAPI nominees?” The Democratic senators were on a call with the administration, and I raised this issue and how frustrating it was for the AAPI community. One of the administration officials basically said on that call, “Well you have Kamala. Isn’t that enough?” That’s when I realized that they did not understand what we were trying to say about representation. Kamala is a friend, and we as a nation are so fortunate to have her as our Vice President—and the AAPI community is proud to have her as a leader. But you would never say, “We have a white male president; there’s no need to nominate any white males to the cabinet.” You wouldn’t say that to the Black community or the Latinx community. Why would you say that to the AAPI community? Finally I realized that there were not going to be any AAPIs nominated, which is when I took the action that I did.

Why is AAPI representation at this level important, especially looking back over the past year in this country?

It’s important for any group of Americans to see themselves reflected in the governing structure of our country. For the AAPI community, we’ve gone through feeling constantly as the outsider our entire lives and then were really under attack by a President of the United States, under Donald Trump for four years. During the pandemic, it was really important for us to see ourselves represented in the highest levels of the land. Unfortunately, for the first time in 20 years, we do not have a cabinet secretary of AAPI heritage.

As one of the highest-ranking Asian American elected officials in this country, what did it feel like for you as you realized that this effort to represent Asian American people in the cabinet was not happening?

It meant to me that I needed to take action. Because I am one of the two highest-ranking Asian Americans in our government, at least in the legislative branch. It’s just three of us—Kamala at the top, and then there are Sen. Mazie Hirono and myself. I felt very strongly that it was incumbent on me to speak up. And I did.

I was very pleased that the White House reacted right away, literally within hours, and agreed that the very first step on this path is that we would have a very senior level staffer in the West Wing who represents AAPI concerns to the administration. And they just announced Erika L. Moritsugu. Erica can follow through with these nominations and say, “Hey, have you caught this person?” Today, we’re having a meeting with the President himself. I’m very pleased to note that it is ongoing, that they are following through with the discussions about what more can be done. I’m now starting to hear from some of the AAPI candidates who are well qualified for the jobs—they are now finally getting to interview.

Senator Hirono joined you in taking this action. Did you have any shared experiences or perspectives that compelled both of you to speak up?

We had both been putting forward names and not seeing those folks even getting an interview. The first message they got was, “Will you take the deputy?” We had the same frustrations with feeling that the AAPI recommendations that were being put forward were not being taken seriously for the very top positions.

I don’t know [why these candidates were not moving forward]. But I care that the White House, when we flagged it for them, reacted immediately. We just have to do better across our nation; we can’t see Asian Americans as a group that is not disadvantaged. We need to do better across this country representing the concerns and the vulnerabilities of the AAPI community.

Because the AAPI community brings so much to the table. When we talk about national security and we want to reposition our defense towards the Indo-Pacific region, it’s really good to have AAPI members of our military who can go and speak fluent Tagalog, who can go into Thailand and speak fluent Thai. It is good when we have trade representatives who are negotiating with China, that Asian Americans are there. These are all things that are advantageous to our nation. Let’s just make use of what is a wonderful resource we have in this country.

What sort of reaction did you get from your peers in the Senate as you took this action?

Fully supportive. Cory Booker came up to me—he was in the same meeting, when the comment about Kamala was made; he reacted right away and said, “Wow, that was offensive.” Quite a few of my colleagues stepped right up and said, “We’re with you, 100%.”

Here’s the thing: The tri-caucus in Congress—the Latinx/Hispanic Caucus, the Black Caucus, and AAPI Caucus—we work very closely together. And we are each other’s allies. We do not care to be split off from one another. We are tired of the different minority groups being forced to fight over the one slice of pie that is labeled as the “minority slice.” There’s enough pie for everybody. It’s about all of us having a seat at the table, not just the one seat.