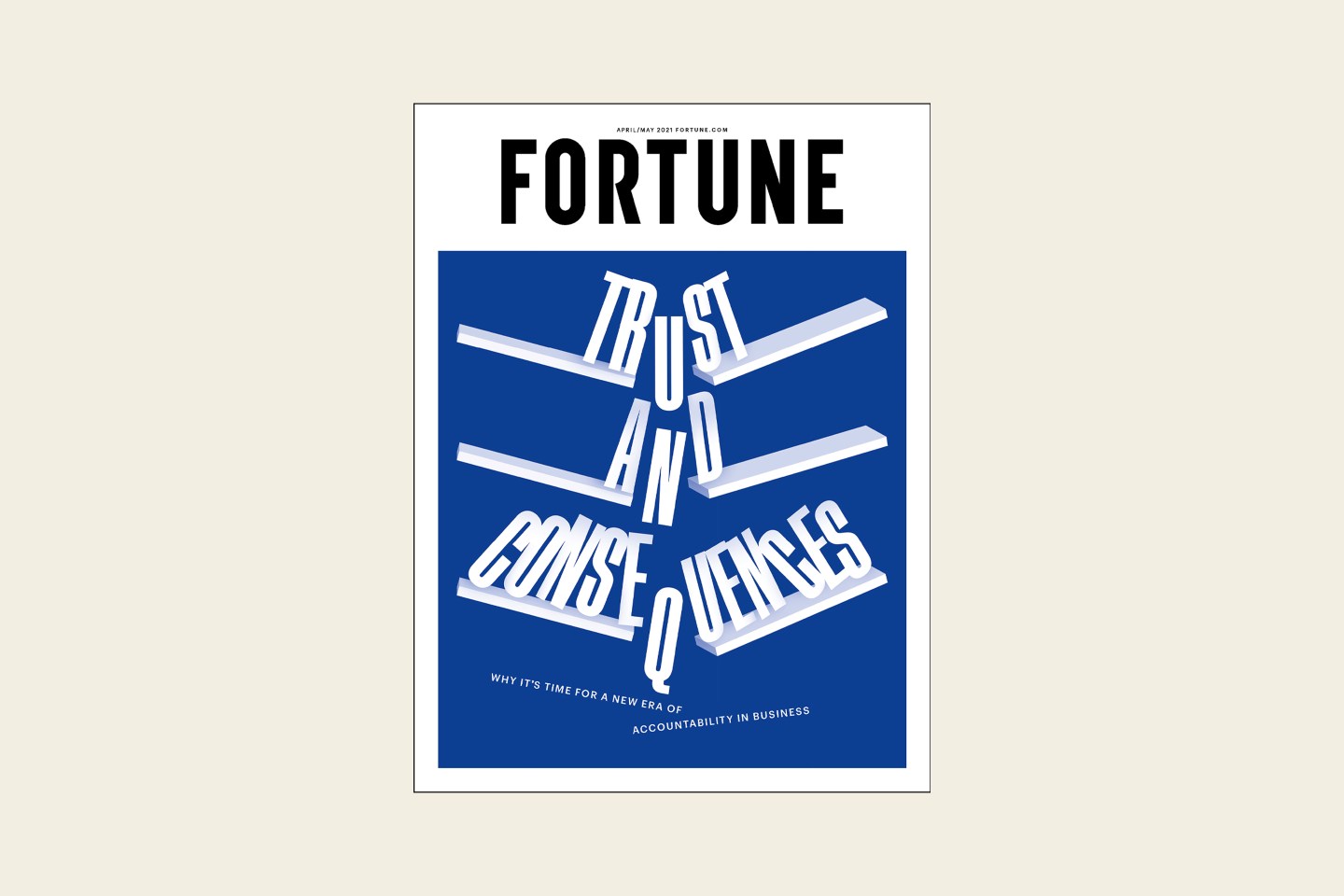 When I reach professor Jill Atkins by Zoom in late March, she is still working from home in the mountains of Wales, some 160 miles from Sheffield University School of Management, where she holds a department chair. Behind her, on a narrow bookcase, are all five editions of the seminal textbook she coauthored, Corporate Governance and Accountability—the first of which grew out of her lecture notes in 2001 and the most recent of which was published in October. There, on that cramped bookshelf, is a timeline of sorts, revealing how the mandate of business accountability has changed over the past two decades. “The biggest difference,” says Atkins, “is that a corporation’s social responsibility, and indeed its ethics, are no longer considered a separate realm from traditional corporate governance functions.”

As far as society is concerned—as far as a company’s customers, employees, and even investors are concerned—how a company behaves in the world is now as important as what it sells or produces. “Auditing at the board level has shifted completely over the last 20 years to include more environmental and social issues,” says Atkins. “And what may be one of the most fascinating things we’ve now got is institutional investors all over the world who are pushing companies toward greater accountability—not just in financial issues, but in issues such as employee treatment, diversity, and climate change.”

Accountability. It’s one of those rare things like newborn puppies and afternoons in the park that are unlikely to find many detractors. Who, but a relative handful of anarchists and performance artists, doesn’t think people should be responsible for their actions? But corporate accountability—particularly when it comes to social policies and politically fraught issues—can be tricky to measure, let alone devise appropriate parameters for. It’s hard to set a growth target for ethical behavior. And yet more and more of us are demanding just that of the companies we work for, buy from, and invest in.

The complexity, and increasing urgency of this challenge, drew us to devote a special issue to the subject of corporate accountability. In the twisting and wonderful stories that follow, we’ve examined everything from who’s responsible for America’s staggering health care bill to the cost of lying in an election; from a loss of faith within one of the mightiest fast-food franchise families to the seemingly impossible quest for humanely produced chocolate. How “green” is green investing? Can Facebook really fight hate speech and misinformation? Will unions rein in big tech—and if not, will Europe’s formidable antitrust czar? We’ve tried to answer them all.

Still, at the risk of giving away their surprise endings, there is a common strand that weaves through and binds these tales. It’s trust, says Harvard Business School professor Bill George, a legendary former CEO of Medtronic and author of the bestselling leadership book True North. George, who teaches a course for chief executives, offers them one critical piece of advice: “Tell the truth. Even when it’s painful, tell the truth: ‘We had a quality problem with one of our products. This is the consequence. Here’s what we’re doing to fix it.’ ”

For some abject lessons, the professor fires out a slew of catastrophes wherein obfuscation, rather than candor, ruled the corporate response: Boeing, with its 737 Max engine failures; Wells Fargo, with its phony bank accounts; BP, with its massive oil spill in the Gulf of Mexico. (Plus: See our extraordinary graphic of corporate misdeeds). “You think that any consumer feels like any of these companies told them the truth?” he asks. “Forget about your PR department. No more spin. Just tell us what’s going on.

“Trust,” says George, “is the coin of the realm.” We couldn’t agree more.

This article appears in the April/May issue of Fortune with the headline, “Honest accounting.”