With the Georgia voting law, corporate activists face a problem of their own making 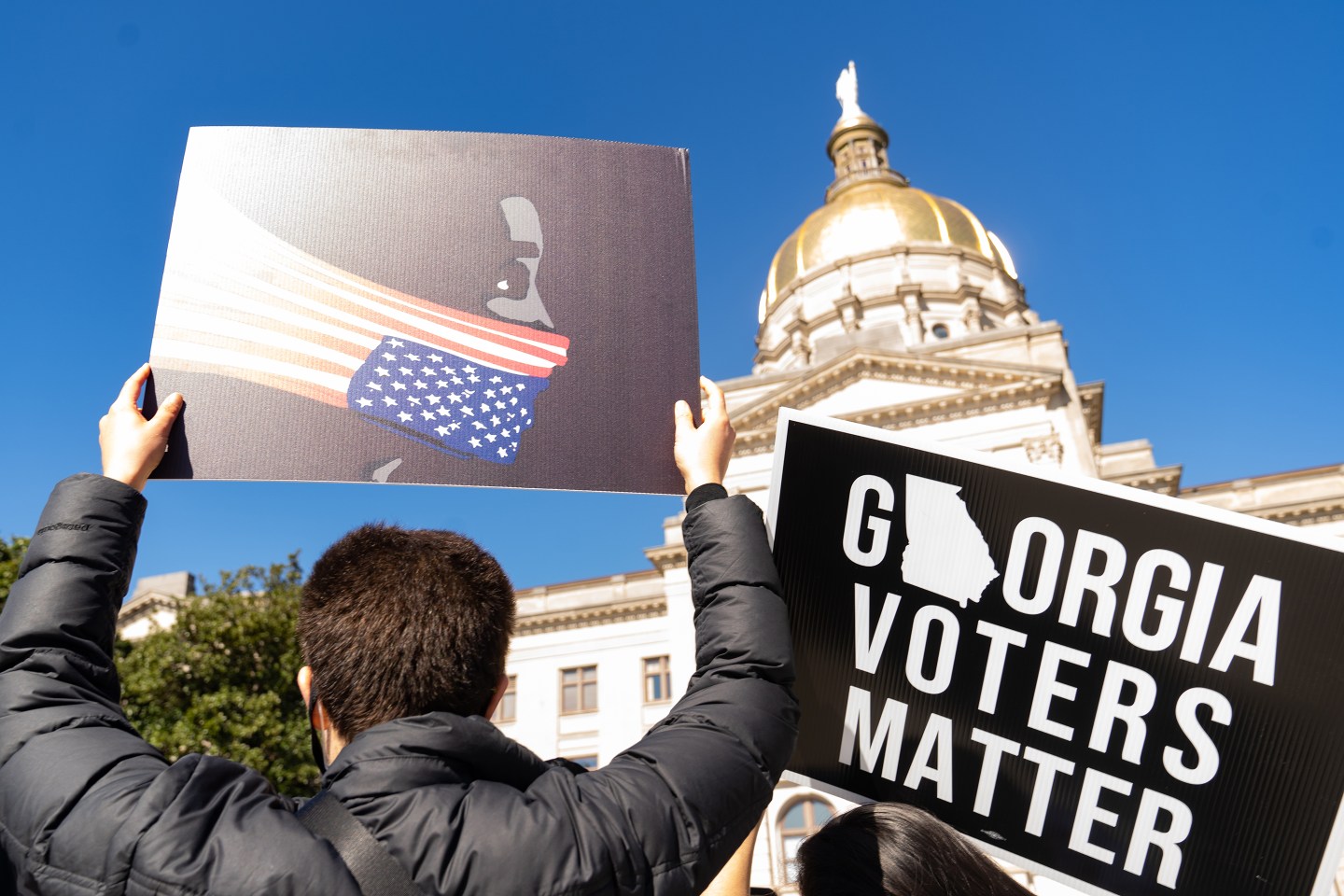 With the passage of SB 202 last week, Republicans in Georgia continued their long-running campaign of voter suppression. The law imposes limits on the availability and accessibility of drop boxes, restricts absentee and provisional ballots, and criminalizes the provision of food and water to voters waiting in long lines.

Unsurprisingly, the law has inspired loud protests, particularly from progressives and the members of Black and low-income communities whose rights the law has, by design, most restricted. Perhaps more surprisingly, some of the loudest champions of this progressive backlash are the state’s largest public companies, including Coca-Cola and Delta Air Lines, whose leaders have issued strongly worded rebukes of the legislation, calling it disappointing, “unacceptable,” and inconsistent with their core corporate values.

While it is heartening that these celebrity firms are willing to publicly voice their disagreement with such blatantly undemocratic legislation, their strongly worded letters represent a paltry pass at activism.

In truth, due to their long-standing political strategy, corporations are complicit in the construction of state governments that pursue radical, conservative social policies. If companies want to be true champions of the progressive social values they claim to hold dear, then they must use their considerable political power to see those values enacted in the political arena.

In crafting their social strategy, firms attempt to attract and appeal to the next generation of stakeholders. These are millennials who are largely progressive and who, more so than prior generations, value companies that share their values. As customers, millennials are more likely to buy a company’s products when its CEO advocates policy positions they agree with.

These trends have emboldened firms to more aggressively champion progressive social values through corporate and CEO activism. Indeed, when confronted with increasing internal activism by younger, more progressive employees and customers, firms may feel that they have little choice.

In crafting their political strategy, however, companies have historically prioritized preferential tax treatment and loose corporate regulation. For this reason, most of firms’ considerable political expenditures have gone to support conservative politicians and organizations that advance conservative fiscal policy goals.

Of course, the problem with this strategy is that the same politicians who support low corporate tax and laissez-faire regulatory policy also tend to support conservative social policies that directly undermine the very progressive causes that companies say that they care about in their public statements. This disconnect has only become more pronounced in recent years as “culture war” social issues have increasingly displaced concerns regarding the size of government as the animating force in the Republican Party.

From time to time, firms are called out for their hypocrisy. Target Corporation, a longtime LGBTQ supporter, faced a large-scale boycott in 2010 after it made a significant contribution to an organization that was funding ads for Republican gubernatorial candidate Tom Emmer, a vocal opponent of gay marriage. Despite assuring stakeholders that “inclusiveness remains a core value of our company,” the firm defended its contribution as one that advanced “policies aligned with our business objectives.”

Coca-Cola, now among the companies scolding the Georgia legislature for SB 202, was scandalized when a whistleblower revealed that it was a covert funder and corporate board member of the American Legislative Exchange Council (ALEC), a conservative bill mill responsible for drafting and promoting controversial model legislation.

The ALEC agenda is the perfect example of the Faustian bargain that large companies have struck with state legislatures. Within ALEC’s vast library of model legislation, bills on business issues like tax reductions and tort reform sit comfortably alongside others prohibiting mental health background checks for gun purchases, introducing voter ID requirements, and banning sanctuary cities.

If companies truly support the progressive core values that they claim in press releases and internal memos, they must align their political strategy with their social strategy. They must support candidates who share their social values, and they must ensure that their lobbying monies help to enact their core values in policy.

Mary-Hunter McDonnell is an associate professor of management at the Wharton School of the University of Pennsylvania.