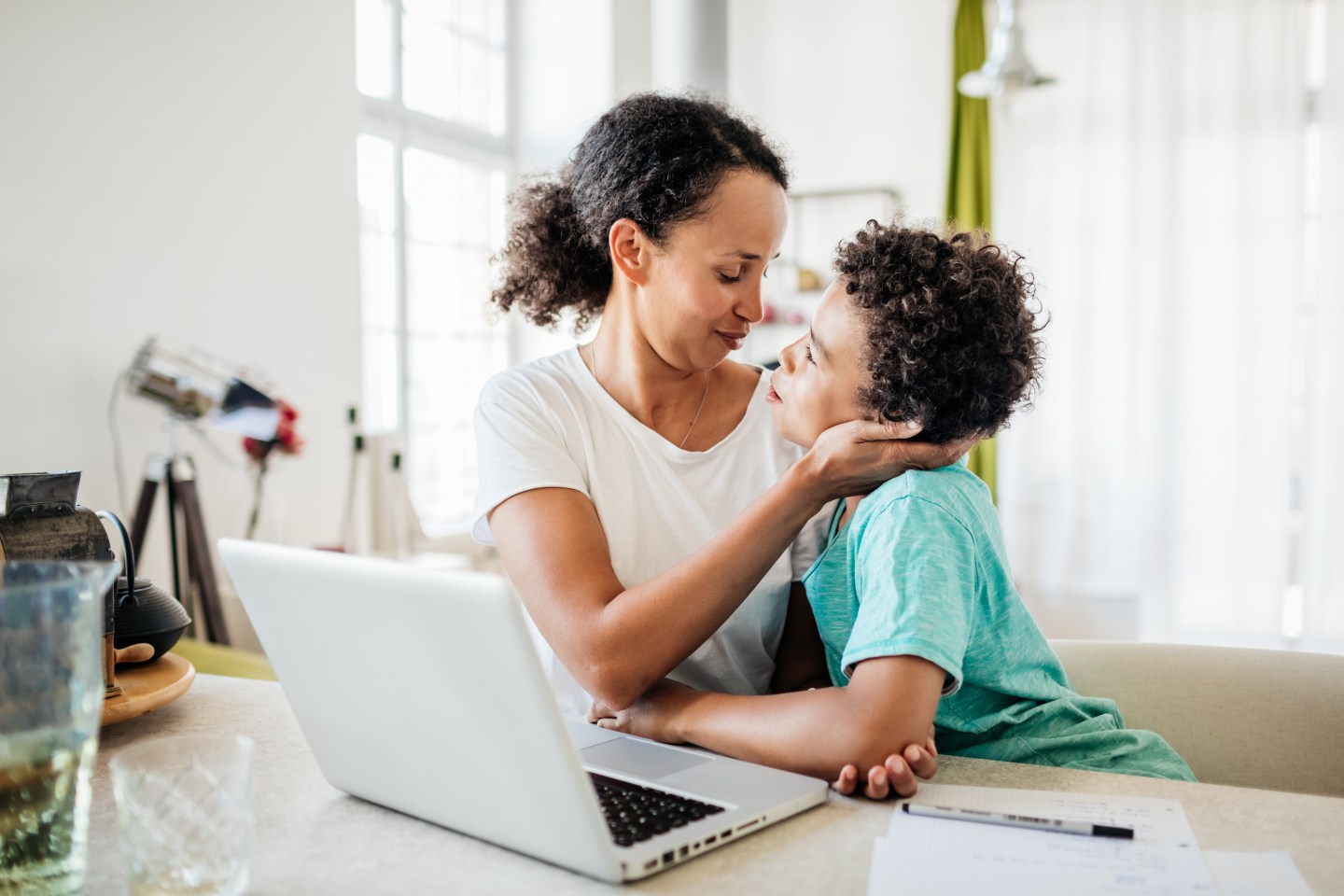 Good morning, Broadsheet readers! Darnella Frazier testifies at Derek Chauvin’s trial over George Floyd’s death, the wait to reach gender parity just got a generation longer, and LinkedIn makes a small change that could help women get back to work. Have a thoughtful Thursday.

– LinkedIn update. It’s a problem so many women have dealt with. If you left the workforce to care for your young children, how do you describe that time on your resume when you try to get a new job?

LinkedIn this week took a step toward allowing users to answer honestly. The networking platform will now allow “stay-at-home mom,” “stay-at-home dad” and other caretaking titles on profiles.

“We need to normalize employment gaps on the profile to help reframe hiring conversations,” says Bef Ayenew, director of engineering at LinkedIn.

The Microsoft-owned social platform made these changes following a viral Medium post by Heather Bolen criticizing LinkedIn’s lack of flexible language for women who leave the labor force. Fortune‘s Maria Aspan asked LinkedIn for comment on the post earlier this month, and the company announced the changes on Tuesday.

“Strikingly, there are zero pre-populated options on LinkedIn to identify maternity leave, parental leave, adoption leave…” Bolen wrote in her original post. “I’m left feeling disheartened and wondering why it is still necessary, in 2021, to manipulate a global platform like LinkedIn for something as common and essential as maternity leave.”

The additions to LinkedIn’s job titles are the first part of a broader redesign that will allow users to create a second resume for any kind of employment gaps—from caring for elderly parents to taking a sabbatical—that will be listed separately from paid work experience.

During a year that forced more than 2 million women out of the workforce—and burdened millions of others with unbelievable caregiving responsibilities—this is one small way to make sure those women are able to get back to work on their own terms.

- Tragic testimony. Darnella Frazier, the teen who filmed the video of George Floyd's death, testified at the trial of officer Derek Chauvin yesterday. Chauvin has pled not guilty to charges of murder and manslaughter. She recounted what the past several months have been like for her. "When I look at George Floyd, I look at my dad. I look at my brothers, I look at my cousins, my uncles, because they are all Black,” she said. “I look at how that could have been one of them. I’ve stayed up nights apologizing to George Floyd for not doing more and not physically interacting and not saving his life. But it’s not what I should have done. It’s what he [Chauvin] should have done." The Cut

- Generational shift. The World Economic Forum's annual report on the global gender gap is out, and it's not pretty. The pandemic's disastrous effects on women's careers and unbearable caregiving demands mean the wait to reach gender parity got a generation longer. The timeline now stands at 135.6 years. Fortune

- Shifting gears. Volvo Cars wants to increase the number of female managers at the automaker. To do that, the company is expanding its paternity leave, in the hopes that more men taking leave will further normalize the time away from work for women. As a Swedish company, Volvo is used to generous parental leave policies; it'll expand the new offerings across its global workforce. Financial Times

- Essential to Commerce. For the new Fortune newsletter CFO Daily, Sheryl Estrada spoke to Secretary of Commerce Gina Raimondo. The former governor of Rhode Island reminds us that "no company today can afford to not have women in their boardroom or in their leadership ranks because they’ll be missing out on too much talent." Fortune

- What to expect. The Supreme Court on Monday agreed to hear Cameron v. EMW Women’s Surgical Center, a case challenging a Kentucky abortion law; the justices, however, only agreed to answer a very narrow question about who has the right to challenge the law in court. That decision suggests that the court, with its new conservative majority, is taking an incremental approach to abortion rights cases. Vox

- #MeToo in China. Late last year, Xu Yan was charged with extortion and sentenced to 13 years in prison and hundreds of thousands of dollars in fines for receiving money from local officials while conducting sexual relationships with them, starting when she was 19. But only one of nine men involved received any sort of jail time. The case is now at the center of China's #MeToo movement. New York Times

Michelle Obama's lesson to kids: You are what you watch The New Yorker

How Elizabeth Loftus changed the meaning of memory The New Yorker

"This isn’t a special interest thing or a side issue or a ‘nice to have.'"

-Ai-jen Poo, executive director of the National Domestic Workers Alliance, on government services like childcare and paid leave. She's part of a new coalition, called #CareCantWait, pushing for action on these issues.