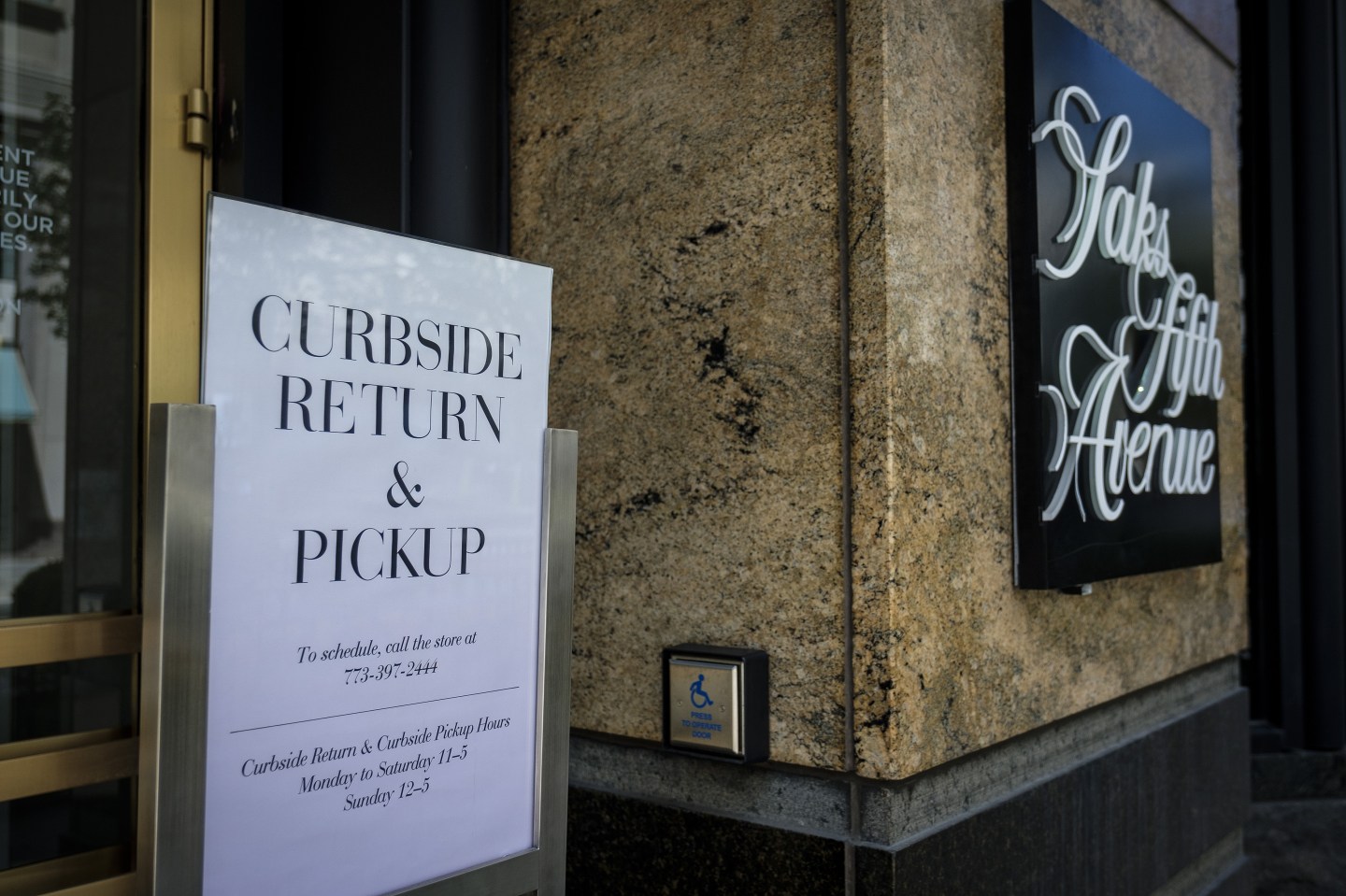 Investors can’t get enough of e-commerce at the moment.

And it’s easy to see why when you consider the meteoric growth of online retailers such as Chewy, Wayfair, Etsy, and Farfetch, which has only accelerated during the pandemic, and the massive valuations they command.

Hudson’s Bay Co. (HBC), the owner of Saks Fifth Avenue, said on Friday it was splitting off the luxury retailer’s e-commerce business into a separate entity. It has also gotten a $500 million investment for the new Saks.com company, to be called Saks, from venture capital firm Insight Partners that will value it at $2 billion.

That’s about 30% more than what Hudson’s Bay, which also owns Saks Off Fifth and the Canadian Hudson’s Bay department store chain, fetched when it went private a year ago and proof of how much investors prize digital companies.

E-commerce has indeed been a bright spot in the luxury world. While HBC doesn’t disclose financial results anymore, its digital unit is now a roughly billion-dollar business, outpacing that of its stores. Nordstrom, whose brick-and-mortar business is languishing, saw e-commerce rise 24% last quarter, while Macy’s also thrived online.

And Farfetch, an online-only competitor with a market capitalization of $18 billion, saw its revenue rise 64% last year. Mytheresa.com, which was recently owned by Neiman Marcus, enjoyed a popular initial public offering in January, though shares have since come back down to earth, valuing it at $2.2 billion, so more in Saks’s ballpark. (An HBC spokeswoman declined to say whether the move presaged a Saks IPO down the line.)

HBC’s logic in wanting to carve out Saks’s e-commerce business to get maximum value echoes the strategy of PetSmart’s private equity owners when they decided to hive off Chewy.com as a separate company: Chewy’s shares have nearly tripled since the pandemic began a year ago, thanks to the pet adoption and e-commerce booms.

The newly spun-off Saks will be run by Saks Fifth Avenue’s current boss, president Marc Metrick. While dismissing the suggestion that the spinoff is above all a financial maneuver rather than about retail fundamentals, Metrick sees online sales leading the luxury market, something the success of the well-capitalized Farfetch and others makes abundantly clear.

“The goal is to separate them so that the teams can focus and build and grow, and the right level of capital can come in to both sides of the business,” he tells Fortune. “I’m not a financial engineer. I’m an operator.”

Splitting the stores business from the digital business is not without risk for any retailer. Stores are essential to supporting e-commerce for brick-and-mortar chains. Target, for instance, handles about 90% of online orders from stores. The ability to shop online, and pick up or return an item in store gives such retailers an edge over online-only players. Metrick says its shoppers will still be able to do all that and use their Saks credit cards either in stores or online.

Under Metrick, Saks, the online unit, will effectively be in charge of the overall brand, overseeing things like marketing, merchandise buying, and planning for both entities. Longtime Saks Fifth Avenue executive Larry Bruce will be president of the stores business, effectively making him a chief stores officer.

That will be key for the new entity to thrive, avoid frustrating customers, and not fritter away the advantage of having physical stores. J.C. Penney in 2012 separated its e-commerce and store teams, and the result was very different assortments online and in stores that confused and annoyed its customers. And Neiman Marcus finally integrated its teams in 2014 to speed up its digital growth.

Another way the two entities will remain intertwined: The new spinoff will also have a marketplace, which will increase Saks.com’s assortment, adding newer brands. Salespeople inside Saks stores will be able to sell items from the marketplace and earn a commission.

“Saks Fifth Avenue remains in the eyes of the consumer one brand,” Metrick says. “They are going to feel like it is one experience.”