13 years after investing in an obscure Chinese automaker, Warren Buffett’s BYD bet is paying off big 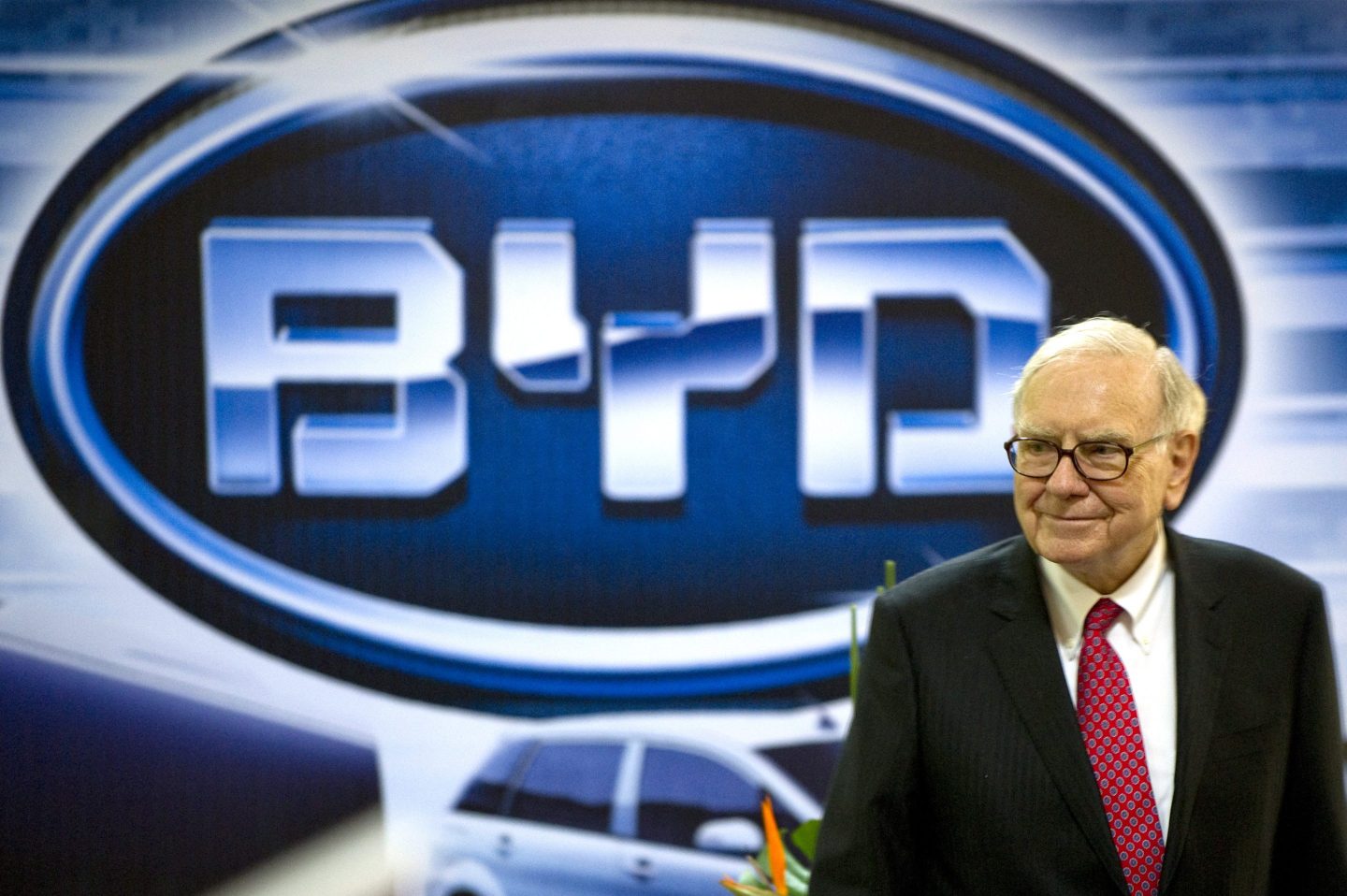 Warren Buffett’s Berkshire Hathaway invested $232 million in Chinese automaker BYD in 2008—a stake that has since swelled to around $6 billion.
Stefen Chow—Bloomberg/Getty Images

This weekend brought the release of Berkshire Hathaway’s 2020 earnings report, which gave the investing world yet another opportunity to track the performance of the Oracle of Omaha himself, Warren Buffett. And though the prodigious 90-year-old investor’s holding company predictably felt the effects of the COVID-19 pandemic on its bottom line, the report shed light on how one of Buffett’s boldest bets to date is paying huge dividends.

Thirteen years ago, on the advice of his famously skeptical lieutenant, Charlie Munger, Buffett made a $232 million investment in a relatively unknown Chinese car company called BYD. As Munger told Fortune in a 2009 cover story, he was enthralled by the vision of BYD’s founder—a chemist-turned-entrepreneur named Wang Chuanfu, who had built one of the world’s largest manufacturers of rechargeable cell phone batteries before pivoting into the automotive sector.

“This guy is a combination of Thomas Edison and Jack Welch—something like Edison in solving technical problems, and something like Welch in getting done what he needs to do,” Munger said of Wang. “I have never seen anything like it.”

By parlaying BYD’s rechargeable battery technology into a fast-growing carmaking operation, Wang had gained a foothold in the fledgling electric vehicle (EV) market—building longer-lasting batteries and cheaper vehicles than American and Japanese manufacturers were managing to do at the time. In BYD, Buffett and Munger believed they had found a company with a shot at one day becoming the largest player in a global automobile market that was inevitably going electric.

The April 27, 2009, cover of Fortune.
Cover by Fortune, photograph by David Yellen

In late 2008, Berkshire Hathaway ponied up the aforementioned $232 million for a roughly 10% stake in BYD. As Buffett recalled, Berkshire initially tried to buy 25% of the company, but Wang refused to release more than 10% of BYD’s stock. “This was a man who didn’t want to sell his company,” he told Fortune. “That was a good sign.”

It has proved to be money well spent. As the EV market has exploded in China, BYD has developed into a major player in the world’s largest car market; it sold more than 130,000 electric passenger vehicles last year as it competes for market share with rival EV makers like Wuling, NIO, and, of course, Tesla.

As BYD has grown, so has the value of Berkshire Hathaway’s investment. By late 2018, 10 years after cutting that $232 million check, Berkshire’s stake in the company had swollen to roughly $1.6 billion. Since then, that figure has climbed exponentially amid the Chinese EV market’s rapid expansion and a remarkable fourfold increase in BYD’s Hong Kong–traded shares last year: Berkshire Hathaway’s 8.2% stake in the automaker held a market value of $5.9 billion at the end of 2020, per Buffett’s letter to Berkshire shareholders on Saturday.

That means that BYD was Buffett’s eighth-largest holding by market value at the end of last year, and makes it a more valuable investment for the Oracle of Omaha than his stake in that grand old name of American carmaking, General Motors. (Berkshire’s 3.7% stake in GM was valued at $2.2 billion as of Dec. 31.) Of course, GM is only just accelerating its push into the realm of electric vehicles, whereas BYD has been bracing for an EV-motored future for the past decade and a half—a vision that is now bearing fruit for Buffett, Munger, and their own investors at Berkshire Hathaway.