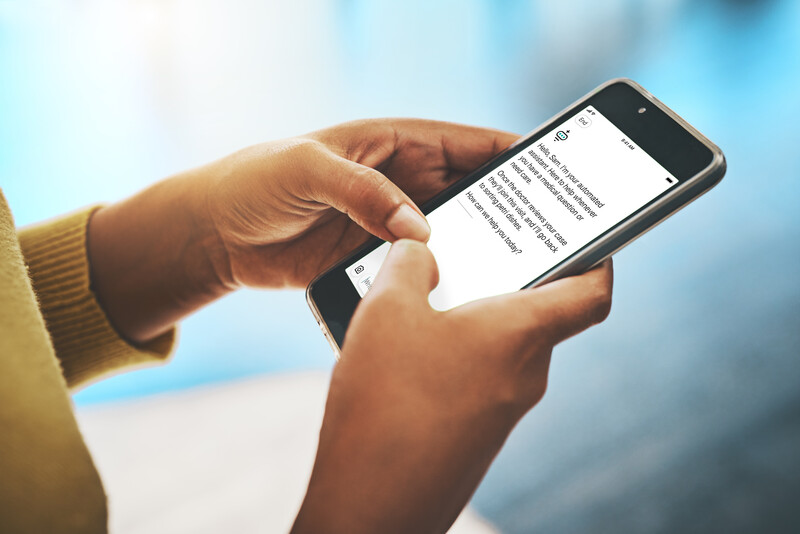 With flights, dinners, and in-person pitching out, here’s how founders and VCs are adjusting to a temporary new normal on video chat.
Courtesy of 98point6

Steve Sarracino, founder of Activant Capital, has been investing in growth stage technology-focused companies since 2013, but last year he did something he’s never done before⁠—he made his first deal entirely over Zoom.

“I think it was a little scary at first, because we have been in this business a while,” Sarracino tells Fortune. “We probably overcompensated by spending more time with the CEO, but we have a fabulous relationship now.  I think in this market when we can’t travel, doing deals by Zoom can work.”

In a pre-pandemic world, Sarracino had a busy travel schedule, visiting his portfolio companies, or having founders visit him to pitch in person. With travel severely limited over the past year, Sarracino and other venture capitalists have turned to video chat as a way to get to know founders they may want to work with.

That relationship, of course, goes both ways. Robbie Cape, founder of 98point6, a text-based primary health care company, had already raised a significant chunk of money—more than $86 million—but when the pandemic hit, demand for his business skyrocketed. The former Microsoft employee decided to put together another round based on the inbound interest he’d received.

That’s when he met Sarracino. Not over dinner or drinks, or in a conference room, all the traditional ways of networking, but they connected via phone and later, moved to video chat.

“We have gotten to know each other very deeply. We’ve never shared a meal together. We’ve never shared a drink together. Those are experiences. That hasn’t happened, but we have built connective tissue and gotten to know each other, and you do that over video,” Cape says. “The fact we got this deal done and I didn’t get on an airplane once, I probably would’ve had to do four trips to the East Coast. Talk about inefficient.”

The pandemic has, however, slowed down the process for some founders and investors who are used to crisscrossing time zones and meeting new people in person.

Mark Little, the founder of Storyful, a social news-gathering platform he sold to NewsCorp in 2013, had been working on raising a seed round for his new company when the pandemic slowed down the process.

“It felt like driving a car without headlights. You lose so much of the speed, the human calibration that is essential to fundraising between founders and VC. If you’re in a room, you have signals and chemistry; you can tell if things are working or not working,” Little says.

Thankfully, his company, Kinzen, which flags disinformation on the Internet, proved to be a timely investment. Little ultimately closed his seed round for 1.65 million euros ($2 million USD) last November, without ever having met one of his main investors, based in Denmark, in person.

“Everything took longer. We were kicking the tires for months waiting to see if we would survive,” Little says. “If it were not for being a second-time founder and in a space that’s been very hot, I am not sure we would’ve survived the process.”

Missing out on chance encounters

While doing meetings entirely over Zoom gives Roseanne Wincek, cofounder and managing partner at Renegade Partners in Menlo Park, Calif., more time to meet with founders based all over the world, it also has a downside.

She’s no longer mingling with people at conferences or having chance encounters in which to meet new founders.

“COVID has caused our schedules to become very regimented. Since most meetings are these scheduled one-on-one Zoom meetings, you end up being very intentional with who you’re meeting. We’ve all lost the opportunity to run into new people,” Wincek says. “The serendipity is one of the best parts of this job, and I sorely miss it.”

Roseanne Wincek, cofounder and managing partner at Renegade Partners in Menlo Park, Calif., says she now has more time to meet with founders, but misses the pre-pandemic serendipity of her job.
Courtesy of Renegade Partners

Chris Murphy, a venture investor at Amaranthine, based in Stockholm, says he’s been able to adjust to doing his job over video chat, but misses his pre-pandemic schedule of attending conferences around the world and making his formerly frequent trips to Berlin and London.

“It is a lot easier to build rapport with founders in person, over coffee, or meeting at an event,” he says. “No matter how good your Internet connection or AV setup, connecting over Zoom isn’t the same.”

While video chat has been the new normal for the past year, Tyler Norwood, partner at pre-seed fund Antler, says the company is making it work. Antler made 31 investments last year, only eight of which were pre-COVID, involving in-person meetings.

“We are plotting forward,” Norwood says. “This is the new world…I would say my advice is the same as what’s a good in-person pitch: Have a great company and traction and be at a point when investors want to come on board. Some of the most successful fundraises have the worst materials. It’s not pageantry. A lot of the big stuff happens beyond that.”

Despite the new obstacles, Wincek says she wants founders to know this is a great time to fundraise and take those Zoom meetings.

“Investors have more time to see companies, and there’s more capital in the system than ever before. From a supply and demand perspective, entrepreneurs should take advantage of this,” she says. “But you are selling a chunk of what you have built and diluting yourself and your team. Make sure you have great business cases for the additional capital and that you are at a price and terms that you can surpass in the future, even in times of uncertainty.”