Technology was the VIP guest at weddings in 2020 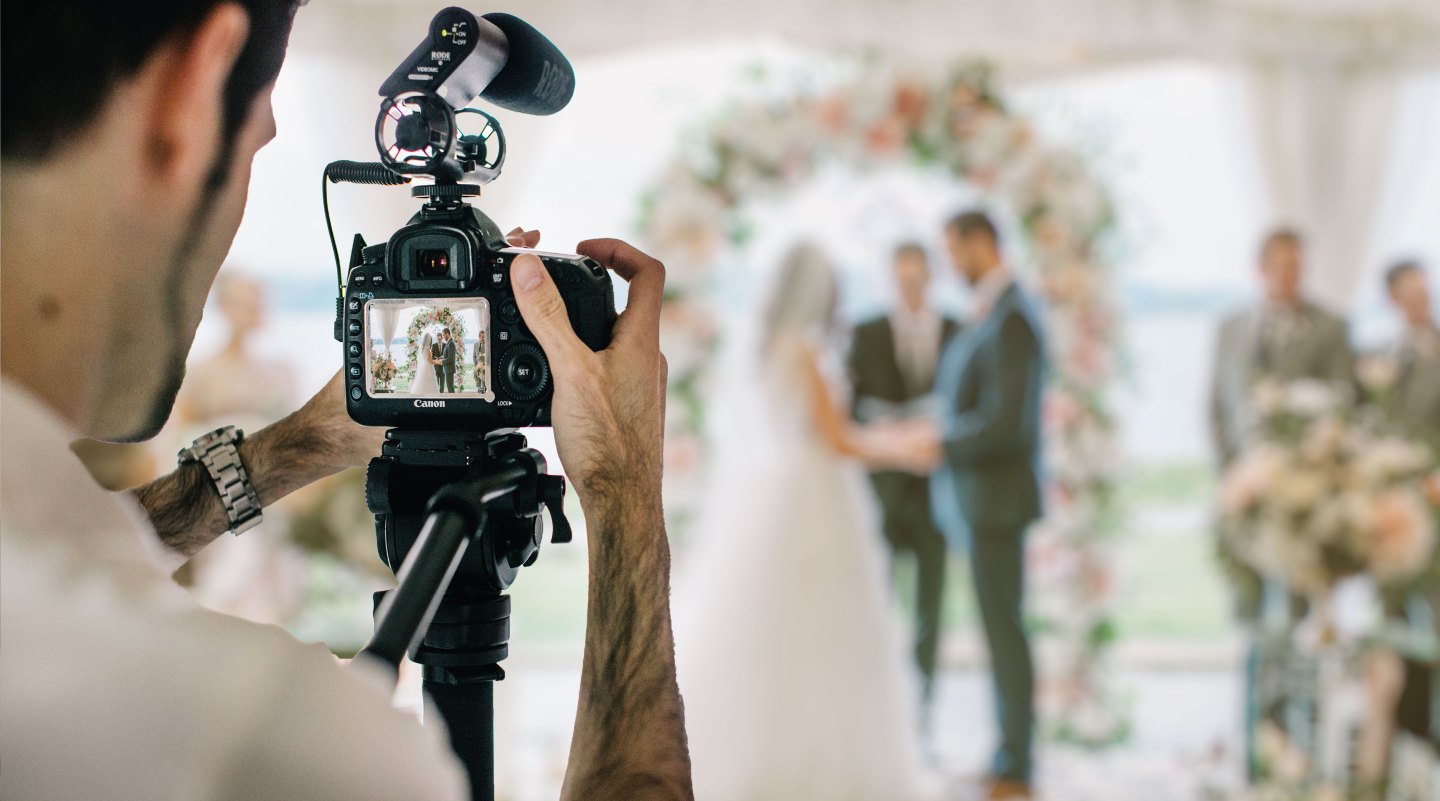 With reduced guest lists, elopements, and the inability to travel, couples turned to technology to share their day with friends and family across the globe.
Courtesy of Clane Gessel Photography

When Julia Lemberskiy started planning her October 2020 wedding at the Falkirk Estate & Country Club in Central Valley, N.Y., she and her now-husband Gregory Lemberskiy didn’t expect to do so much digitally. The couple applied for and received their marriage license on a Zoom call. They booked every vendor online and sent virtual wedding invites. She attended a virtual bachelorette party.

On the wedding day, the couple invited more than 60 people to join via a Zoom call. It featured a livestream of the ceremony, followed by an emcee and virtual reception, complete with games that included both in-person and virtual guests. Prerecorded messages were played for the newlyweds at the reception, and they took time during cocktail hour to speak directly with their virtual guests, including the father of the bride.

“The digital wedding allowed me to connect with people,” Julia says. “Friends from all over the world dialed in and left digital toasts. It was such a beautiful surprise to see them.”

In pre-pandemic times, weddings were the occasions at which one put the cell phone away. The most popular request of guests at weddings in 2019 was to ensure an “unplugged ceremony.” Through signage, announcements, and even cell phone checkrooms, couples made sure the only photographers and videographers at their weddings were the hired ones. This not only kept mobile devices out of official wedding photos, but also allowed the couple to control the flow of images to social media. Aunt Judy can’t post the news to Facebook before the couple do.

Fast-forward to the pandemic. With reduced guest lists, elopements, and the inability to travel, couples have turned to technology to share their day with friends and family across the globe.

“We went from a completely unplugged, private function to finding and hacking technology to allow guests to feel they were very much a part of the experience regardless of their location,” explains planner Amy Shey Jacobs, the founder of Chandelier Events. “We find ourselves in a place where we have gone from wedding planners to being the IT department and innovation experts.”

In pre-pandemic times, a wedding was the one day to put the cell phone away. But now, it’s not uncommon to record the entire ceremony via Instagram Live.
Courtesy of Clane Gessel Photography

No technology was more center stage than the livestream—quite literally. DIY setups that include a cell phone on a tripod in the middle of the aisle were used to broadcast ceremonies to social media platforms, like Instagram Live, and laptops enabled newlyweds to toast with guests via FaceTime or Zoom. Even I virtually attended a wedding via Instagram; its rig rivaled that of an Instagram influencer.

But as the months went on, technology became an ever-present guest on the big day. Couples began hiring videographers to produce broadcasts that look more like an Oscars telecast than a TikTok video. The role of the audiovisual engineer evolved to a Hollywood level that takes more than an iPhone and a GorillaPod.

For Lindsey and Cherish Conklin, the husband-and-wife duo behind videography company, Le Rêve Films, that has meant investing in new equipment and harnessing alternative techniques to improve the quality of the livestream. They now have Hollyland wireless transmitters that allow them to broadcast a wedding without long cords attached to the computer and their professional cameras. They utilize a livestream switcher from Blackmagic Design so that they can swap camera angles in real time, like what you’d see at a Super Bowl halftime show. They roll with a Teradek that harnesses a stronger Internet signal when streaming outside on, say, a beach, so that they can minimize the risk of disruption for the at-home audience.

“This technology has existed, but what is great is it is getting smaller, and it is getting cheaper,” explains Lindsey. “I had never heard of anyone using this for weddings before, but we are going to need this in the future.”

As for techniques, Cherish adds that the style has become more documentary, with more focus on the full ceremony than the pretty decor and party elements that would fill a pre-pandemic wedding film. There is a quick turnaround on the wedding video too. Before the pandemic, only a small subset of couples requested next-day delivery of a short wedding teaser that they could post on social media, dubbed a weddingram. It takes a lot of work by the videographer team to quickly distill hours of content into a 30-second clip that encapsulates the mood and events of the day. In 2020, that request came from almost every couple. What was once something couples wouldn’t pay extra for has now become a necessity.

“It has skyrocketed the value of what we do,” Cherish says. “It is endless how many people you can have as a part of your wedding.”

How those guests experience the wedding has developed too. Since dancing is widely banned under coronavirus restrictions, couples and vendors got creative. People have placed tablets on the tables so in-person guests can interact with virtual ones, and others have projected video calls onto the walls of the venue during speeches. Studio Z offers a virtual photo booth, where at-home guests can make goofy faces with props that will populate to an online album. DJs craft Spotify playlists for virtual dance parties.

Technology is also popping up where you might not expect it: for hair and makeup. Brittany Lo, founder of bridal beauty company Beautini, says not everyone feels comfortable with an artist being on-site. Makeup, especially, means removing the bride’s mask. So Lo turned to Google Meet. There, she hosts a pre-wedding video tutorial in place of a beauty trial, where a bride would have a mockup of the wedding day look done. Then, her team hosts another call in the hours leading up to the ceremony, where they walk the bride through the makeup application process. Often, a mother or sister would join for assistance. Lo says that teaching brides to put on false lashes has been the most rewarding, since it’s often one of the most challenging parts of doing your own makeup.

The most popular request of guests at weddings in 2019 was to ensure an “unplugged ceremony.” But the pandemic changed all that, and things will most likely never be the same.
Courtesy of Clane Gessel Photography

Not surprisingly, technology is replacing in-person tasks during the planning process. Venues, hoping to book events in the future, have launched virtual walk-throughs using 360-cameras like those used by real estate agents to show off properties. Merri, a Modsy-like platform, allows couples to drag and drop tables, flower arrangements, and lounge furniture around a virtual version of their venue to simulate what the day will look like. Then, they can book the rentals directly from the e-commerce site, including custom signage from Minted. With all the digital tools available, Julia Lemberskiy says she never met a single vendor in person prior to her wedding.

Jacobs of Chandelier Events suspects this idea of hybrid events—using technology to blend the virtual and in-person experience—will last long after the pandemic. She shares the story of one family who initially didn’t seem too enthused by the idea. They worried that the technology would overtake the focus on the newlyweds, possibly becoming an etiquette faux pas. But after seeing how beautiful it can all be, their guard dropped.

“The only reason wedding etiquette exists is to make guests feel included, to show you are being considerate,” Jacobs says. “Now the etiquette is changing as the needs are changing. Is it okay for you to do this? It is, actually, more than okay. This is the new rule.”