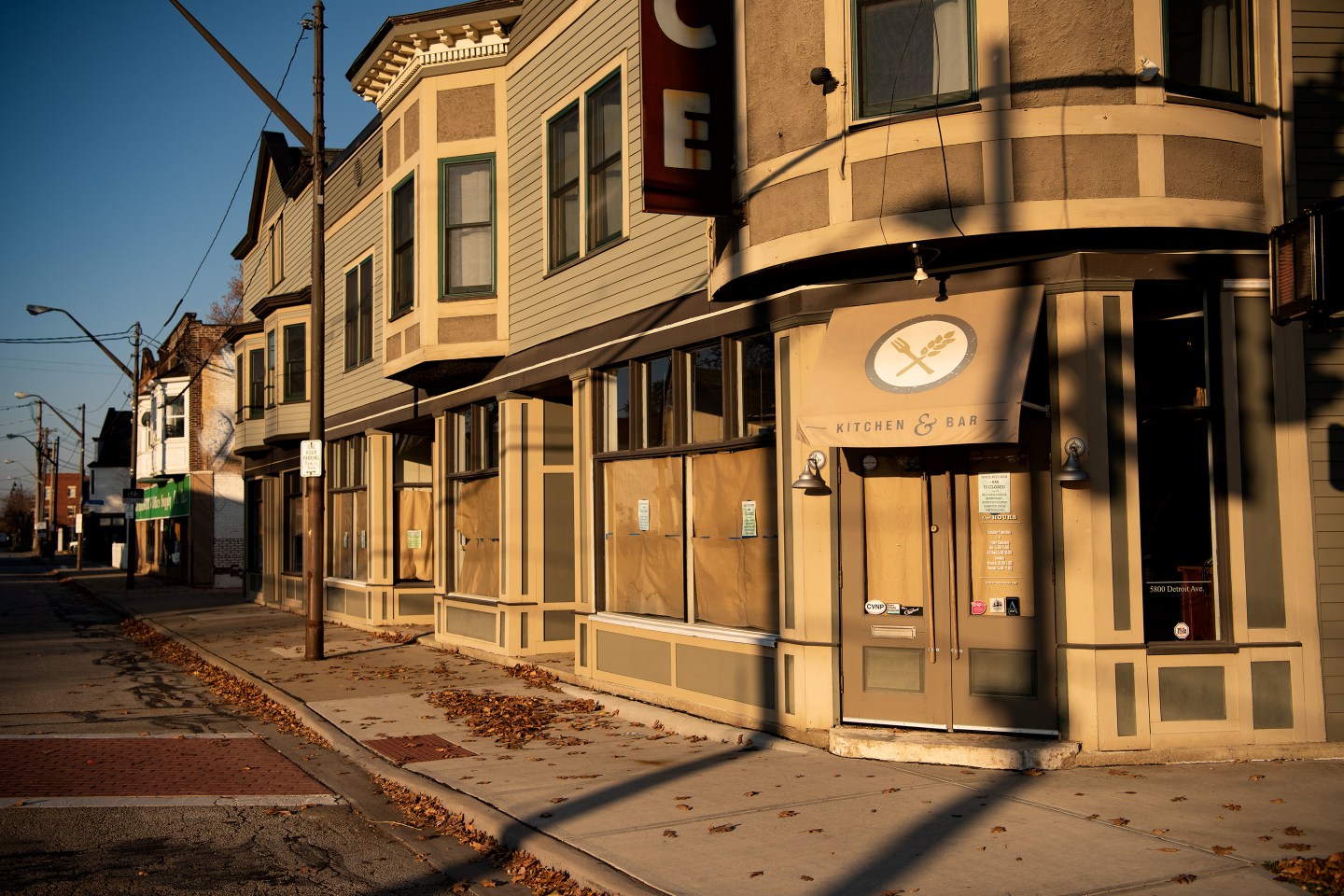 Floor-to-ceiling, the interior of Tattooed Mom is covered in graffiti. The bar, which has been open for 23 years on South Street in Philadelphia, doesn’t stop its hipster patrons from getting crafty. But even with its faithful clientele transitioning to takeout, Tattooed Mom has problems that can’t be painted over. It’s unprofitable, and sales remain down 70% from pre-pandemic levels. Robert Perry says his bar will survive, but many of its neighbors won’t. “Within a one-block radius there are six restaurants that are already gone,” he says. “Every week you read about new closures, and it breaks my heart.”

Some buttoned-down bankers could soon share his pain. As the pandemic wears down bars, gyms, hotels, and other businesses, it runs the risk of causing a commercial real estate (CRE) tenant crisis, which could put billions of dollars’ worth of loans in jeopardy. Neel Kashkari, president of the Federal Reserve Bank of Minneapolis, tells Fortune that CRE is the most vulnerable financial sector—with the potential to cause a shock to the system. “Thousands of small businesses have already or will go under … That rolls up into the commercial real estate market and rolls up into the banking sector,” Kashkari says.

Small to midsize banks face the greatest risk. At Bank of America and JPMorgan Chase, CRE makes up only 6% and 15% of all loans, respectively, according to Morningstar. But that figure is 38% at Buffalo-based M&T Bank and 37% at Texas’s Cullen/Frost Bankers—which in January conducted its first layoffs in nearly two decades. Banks like these are bracing for defaults: In 2020, M&T increased its provision for credit losses to $800 million, up 355% from the prior year.

Any crisis could take years to brew. Outside of hotels, distressed sales of commercial property aren’t abnormally high to date. But Greg Gleason, president of real estate private equity firm Corigin, says more such sales loom, as banks and owners unload vacant assets. Through 2022, analytics firm CoStar forecasts $126 billion in distressed CRE sales, with the total rising to over $320 billion by 2025. The outlook could be grimmer if work-from-home trends outlast the pandemic, creating trouble for office buildings. As of now, 75% of companies plan to use less office space in the future, according to a Fortune survey of CEOs in December in collaboration with Deloitte.

Still, Kashkari says the CRE risks should be manageable if banks are vigilant about their portfolios. Keep an eye on the vaccine rollout, he advises: The longer it takes to tame the virus, the more businesses will close—and the shakier some banks will look.

This article appears in the February/March 2021 issue of Fortune with the headline, “First bars, then banks?”