Sick of being ghosted, the young and jobless are fighting back 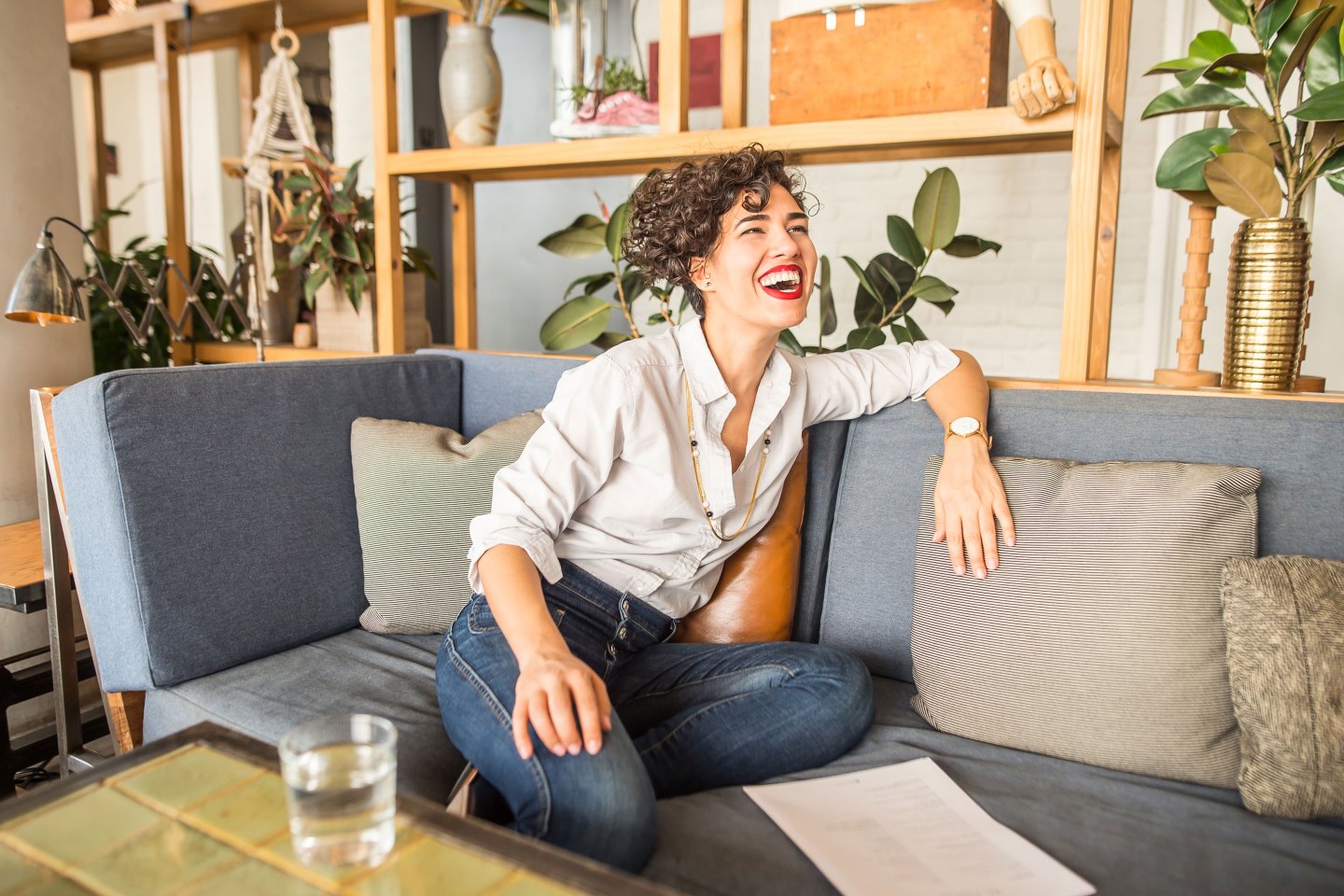 It had been months since she’d lost her business. Yet there she was still on the couch of her apartment in Astoria, Queens, depressed, crying, afraid. “I was really scared to do anything,” said Cat Bradley. “I was scared to keep paying rent, scared to go outside. I didn’t have health insurance. What if something happens?”

She had been trying to be proactive, organizing seminars to try to navigate unemployment. There was a course on the CARES Act geared toward small businesses, a talk with a health insurance expert, another from a financial planner. Nothing was working.

On Sept. 28, the 32-year-old posted a query on Facebook about whether anyone felt the same way. Dozens of responses later, she was no longer alone. That’s no small thing when you’re unemployed in the middle of a pandemic.

Losing a job isn’t what it used to be. Sure, there’s a lockdown. Job postings, interviews and networking all have been massively disrupted. But even before the pandemic, the nature of employment had already been changing.

The ADP Research Institute estimated that independent workers made up 16% of payrolls in 2019. That jumped more than two percentage points from the previous year, which has raised concerns about the health and financial security of such workers.

Separately but significantly, a Federal Reserve report found disconcerting trends among such “gig” workers: “Those who are working and want to work more hours are worse off than those who are not working and do not want to work. In terms of self-assessed social status, those who are not fully employed are more likely to view themselves on the bottom half of a social ladder. They are also more likely to say that they are worse off than their parents were at the same age.”

The perfect storm called COVID only sent these workers into a downward spiral. The American Psychological Association warns of a “significant” mental health crisis due to unemployment.

“My opinion is that socially we have built a self-blame buffer,” said Bradley, citing a scramble in trying to figure out COVID relief programs. “States don’t necessarily have the funding they need so it’s easier to put the responsibility of this kind of thing on individuals and tell them we can’t take care of them.”

In November, Bradley and her co-founder Meredith Perez launched a platform called UCandu. Its homepage gets right to the point: “Job hunting sucks. Together, we’re making it suck less.” She has dozens of active users, tracking their progress, advice, job leads and just general support for each other; besides the site, they meet over Slack daily and Zoom weekly.

The most common complaint: Ghosting. Over and over, candidates find themselves finalists, writing memos or performing challenges as a part of the last interview round. “Many times companies don’t get back to you…or they get back to you 3,4,5,6 months later,” Bradley said. “Sometimes when the company says they’re hiring for a leadership position but after they get those great ideas, they decide to lower the budget and hire for a lower-level employee and ask them to still do that level of work. The job seeker who hasn’t heard back is thinking to themselves, ‘Is it me? Is it me? Is it me?'”

Dutifully tracking her own efforts to find work in a spreadsheet, Bradley kept applying. “I approached unemployment from the mindset of being a business owner because that is what I had most recently been. What are my KPIs?” she said, referring to key performance indicators. “Is it how many jobs I apply to in a day? Or is it how many interesting conversations can I have in a week? What’s the ultimate goal? How do I growth-hack my way into the right job?”

This tracking is a cornerstone of the UCandu platform, still in beta, allowing job seekers to manage their search, end to end, and to input and share information and glean trends on why things might not be working out. Sometimes, companies post openings, draw 500 to 700 applicants within hours, only to quickly close. Joblessness right now is a certain kind of hell, Bradley said, and once members enter, “they don’t want to have other people go through it. I am astounded at how much people are willing to help each other.”

Unemployment peaked in April to 14.8% and remained still high in December. The hardest hit are women and people of color. But perhaps emboldened by social justice protests of the past year, the unemployed seem to be finding their voice—and each other.

“The George Floyd protests, in such a profound way, brought to life the power dynamics of people from marginalized groups,” said Hana Hassan, founder and CEO of Black Maple.io, a global talent marketplace, who has advised Bradley and others in the group. “It was ‘Hey, person of color, hey woman, we have these opportunities for you.’ But their evaluation process looks for ‘fit’ and not ‘add.’”

The pandemic’s unemployed are not just looking for jobs, Hassan says. Rather, she calls them “career seekers,” motivated by values, purpose and a sense they belong. “We’ve been surrounded by death for a year,” said Hassan. “Something is chasing us and we don’t know what it is. All we have is each other.”

By turning to each other, the jobless are finding power in a community and people who understand what they are going through; that has resulted in a handful of Bradley’s cohort finding their self confidence, and ultimately, work. “My vision for the members of this community and the people using the app is to build power for job seekers,” Bradley said. “Yes, I want you to be able to get a job. But I don’t want you to settle. I don’t want you to be unemployed again in three months.”